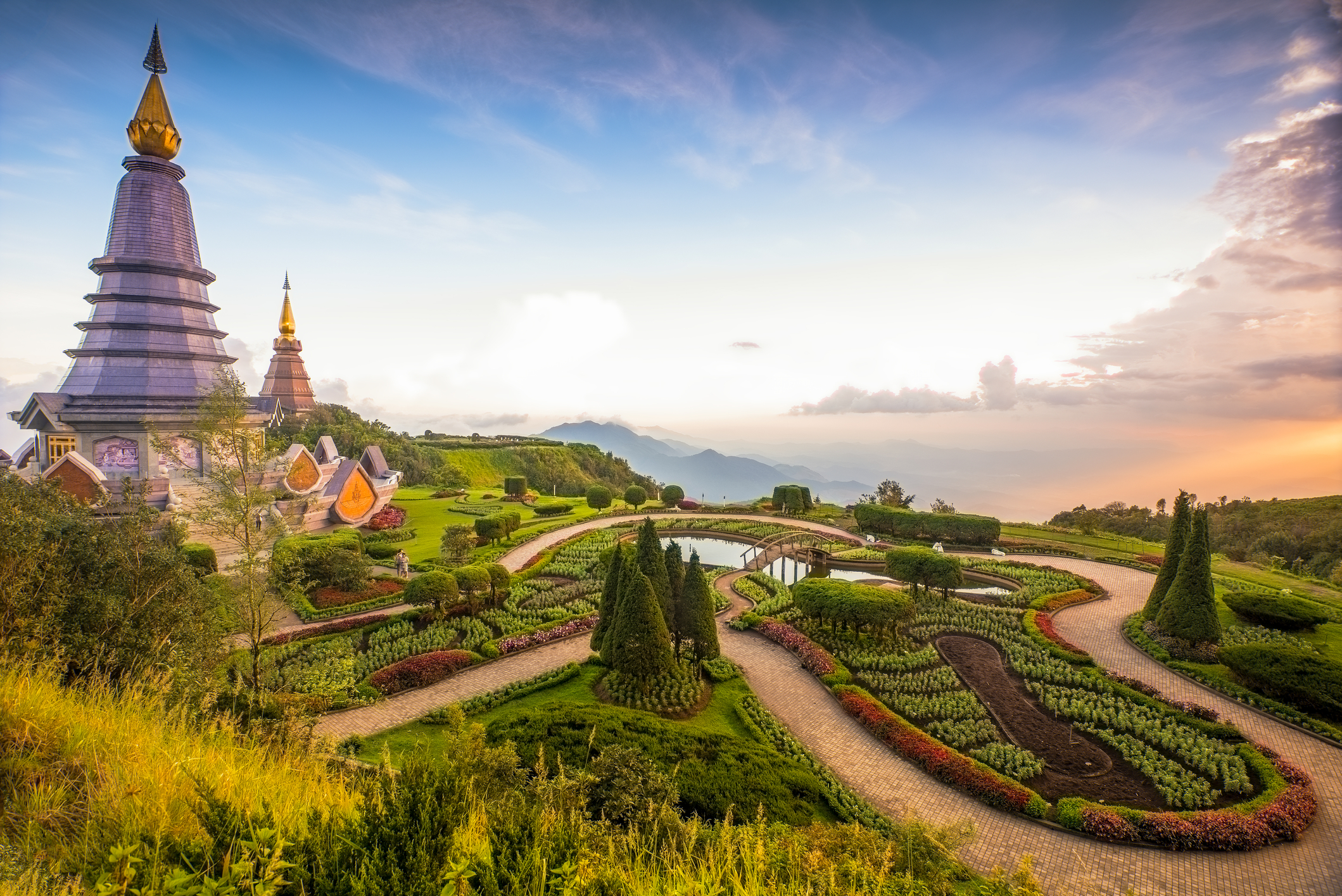 Called the “Land of Smiles,” Thailand has become one of the leading travel destinations in Asia over the last few decades. Officially known as the Kingdom of Thailand, this Southeast Asian nation is the only country in the region to have avoided colonialism, remaining a sovereign country in its own right. Economically, Thailand is still developing, although this doesn’t stop it from dominating much of the region’s rice and tourism industries.

Much of the population is centered around the only million-person conurbation in the country; Bangkok. Home to nearly 11 million people, the capital is a vast network of busy streets, commercial centers and modern delights that hug the meandering banks of the Chao Phraya River. The perfect balance of city, country, mountains and water, Thailand is a dream for both nature lovers and urban dwellers with cheap massages on every corner.

Chiang Mai in the north provides rolling hills and picturesque mountains, while the southern islands of Phuket and Krabi are perfect getaways for scuba diving, snorkeling, rock climbing and a range of other activities. The rainforest marvels of Khao Yai National Park and Khao Sok National Park are two of the more beautiful areas in Thailand.

From the larger cities to the smaller beach villages, bungalows and low-end inns are available, and generally don’t cost much. Meals can be purchased for under a dollar from street stalls with exchange rates highly in our favor. At the other end of the spectrum, some of the most upscale resorts in the world reside in Thailand, with Asian hospitality second to none. Seafood is extremely popular in the coastal areas and southern islands, but make sure you can take the heat because Thai spices are no joke.

Because of it's proximity to the equator, Thailand experiences largely Tropical climates throughout the country. From the moths of November to February, the temperature and weather gets a bit cooler (especially in the mountains located in the northern regions of Thailand). March through July are typically intensely hot months, with temperatures soaring into the 100's and humidity skyrocketing. It is impossible not to sweat. The rainy season is July to October, and almost al of the country experiences significant rainfall and storms that can last for many hours or even days...

The main airport is in Bangkok, but Phuket and Chiang Mai also received regional flights and long haul charter services. Entering Thailand via rail and road is possible through border crossings at Malaysia, Laos or Cambodia.

The best way to get around is by air, although the bus and rail networks are convenient, inexpensive and reliable. The trip from Bangkok to Chiang Mai with a stop-over at Sukhothai is a great train adventure. Head west or east from the capital and travelers can reach Kanchanaburi and Chantaburi respectively, a perfect weekend beach trip.