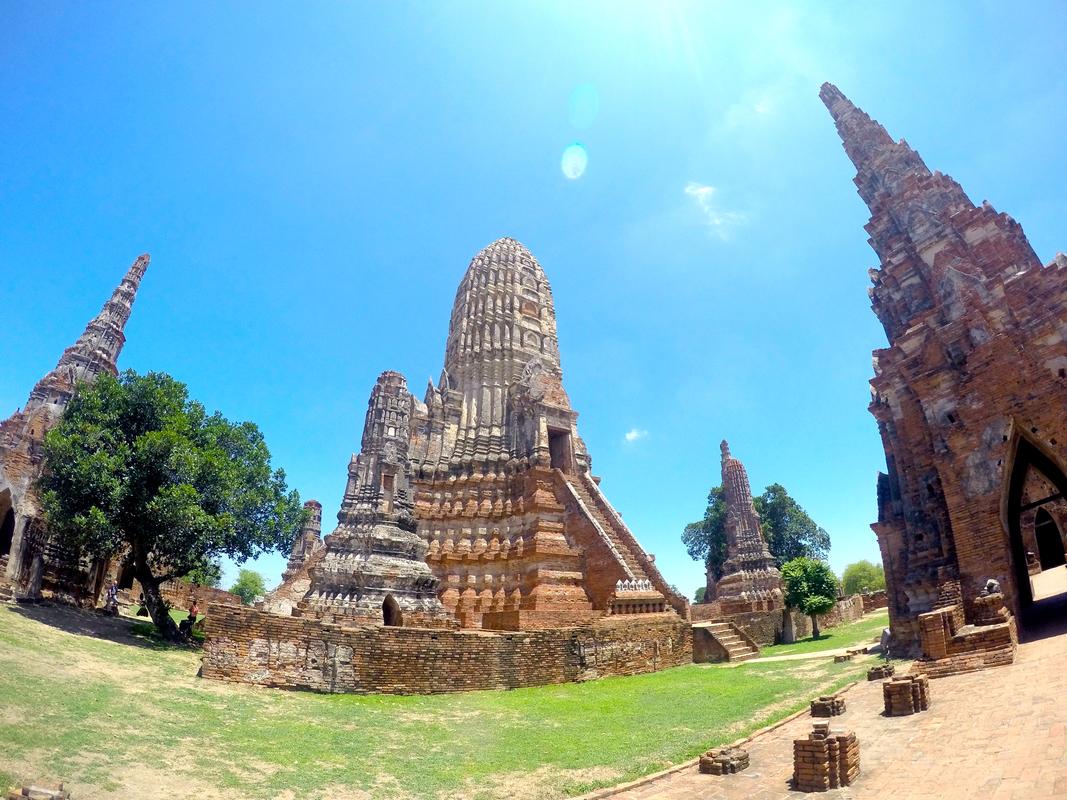 Thailand is a nation that is built on several distinct pillars, including Buddhism and Monarchy. Modern Thailand is influenced by religion, although since the turn of the 20th century, the face of the country has been shaped by numerous outside influences, including Islam, Chinese migration and Westernization. Music, dance, cuisine, language, and art have all played a role in shaping the Thailand of the 21st century.

Centuries before a united country was established, the area was a formation of several different empires, including the Khmer, Lanna, Mon and Malay kingdoms. The first “Thailand” in recorded history is said to be the Kingdom of Sukhothai, which was established midway through the 13th century. Sukhothai continued to grow and develop, becoming the leading kingdom in the region until the mid-14th century, when it was overshadowed and by the ascending Ayutthaya Kingdom.

Ayutthaya is located in the Mae-nam or Chao Phraya valley, which allowed them to expand rapidly as it traded with neighboring states such as China, India, Persia, and European merchants. By the 16th century, they were a dominant power and occupied the legendary site of Angkor from the Khmer Empire, and eventually absorbed northern Thailand’s Lanna Kingdom. In 1767, Ayutthaya was ransacked by an invading Burmese army, and subsequently destroyed. Travelers can explore the ruins at the Phra Nakhon Si Ayutthaya Historical Park (Khlong Tho, Pratu Chai, 1300).

Upon its demise, the King of Siam (as Thailand was formerly known), King Taksin, moved the entire population to Thonburi and founded a new capital, still upon the Chao Phraya River. After 15 years, his successor, King Chakri, moved it again to its present day location of Bangkok. This became known as the Chakri Dynasty, which still continues to this day. Their Rattanakosin history can be seen at several locations throughout the country, including the Siam Museum (4 Sanam Chai Road, Phra Nakhon, Bangkok) and the National Museum (Phra Borom Maha Ratchawang, Bangkok).

As colonialism shaped Asia between the 18th and 20th centuries, and all of its neighbors succumbed to European powers, Thailand remained a sovereign state. It used the British and French rivalry to create a buffer zone between the nations. French Indochina and British Asia became separated by Thailand, but still largely influenced the country. In 1932, the first of 17 Thai military coups took place. Absolute monarchy was replaced by a Constitutional Monarchy, vesting political power in the people.

A key US ally in the Vietnam conflict, Thailand prospered as a stable (yet somewhat militarily run) country through the sixties and seventies as it buckled down to become the next Asian manufacturing powerhouse. Mass migration took place to Bangkok as agriculture reformed and grew.

After more than a dozen governments toppled through military coups in the 1980’s, Thailand became a leading Southeast Asian nation, with a stable economy from thriving agriculture and tourism. However, it was responsible for setting off the Asian economic crisis of 1997 which hit the country hard.

In 2006, a bloodless coup overthrew Thaksin Shinawatra’s democratic government, following widespread allegations of corruption and power monopolization, which has led to an ongoing divide between the urban elite/middle class and rural poor. In 2010, Abhisit Vejjajiva’s government experienced a massive protest that lasted several weeks and left 87 dead. Eventuall, the trouble subsided, but lost reelection to Thaksin Shinawatra’s younger sister, Yingluck, a political proxy for her sibling who remains in exile to avoid criminal charges.

Buddhism blankets much of Thailand, except for the heavy Muslim influence in the south. Temples, which are known as wats in Thai, are ubiquitous throughout the country, known for their golden decorations and ornate buildings. In Bangkok, Wat Pho, Wat Arun and Wat Phra Kaew are among the most visited sites in the country. Chiang Mai’s Wat Phra Doi Suthep is another famous temple worth exploring.

There are numerous etiquette rules which should be abided, which first and foremost is to respect the monarchy. Any bad talk about the King or his family is strictly forbidden. Touching another person’s head is taboo, as is pointing the feet. Light skin is a symbol of wealth, and as Westerners have tanning salons, the Thais have whitening salons, coupled with many brands of cosmetic pastes meant to lighten the skin. Spirits are also a large part of Thai culture, which is why almost everyone seems to believe in ghosts. Spirit houses are the norm outside most residences and office buildings.

The main sport in Thailand is boxing, which is also known as “Muay Thai.” It is the art of nine deadly weapons, with fighters using the fists, elbows, knees, and legs to down their opponent. Football is another popular pastime, with the English Premier league being showed on television almost every day.