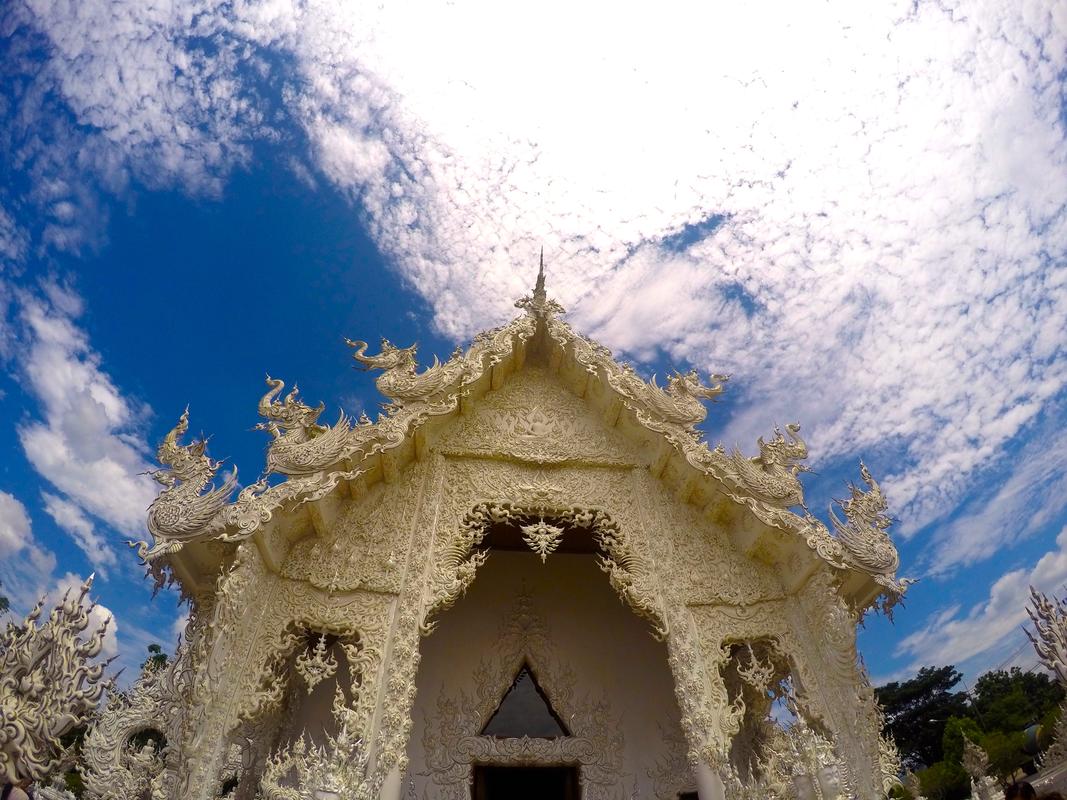 Thailand is one of the world’s most illustrious destinations. The Southeast Asian nation is home to a rich historical culture, with a strong sense of faith in both Buddhism and the Royal Thai monarchy. Many of the major attractions around Thailand derived from both religion and nature. The most remarkable part of Thailand is the Grand Palace in Bangkok. This intricate complex of royal buildings, museums, temples and other ancient edifices glistens with thousands of inquisitive travelers.

This amazing complex is home to the country’s most significant temples and religious edifices. Boasting the likes of the Emerald Buddha Temple (Wat Phra Kaew) and the Phra Maha Monthian, the Grand Palace is a spectacular site that can be seen down a river tour of the Chao Phraya. Once the residence of the Siamese kings, the current King of Thailand, Rama XI King Bhumibol Adulyadej, lives in a separate compound not far from the palace. Visitors need to adhere to the strict dress code, and it is not uncommon for tourists to be turned away upon arrival or made to buy shoulder or leg coverings. Address: Thanon Na Phra Lan, Phra Nakhon, Bangkok, Thailand Phone: +66-2-224-1833 Website: http://grandpalacebangkok.com/

The Andaman coast is one of the world’s most picturesque on account of the karst pinnacles and cliffs the line the shore and dot the bays. Phi Phi is perhaps the most famous of these islands, shaped like a butterfly with soaring walls of rock. Pha Nga Bay is a similar experience, famed for its setting in the James Bond flick, Man with the Golden Gun. The base for exploring these is Phuket, which has a series of lovely crescent beaches, excellent hotels and plenty of tourist facilities. A quieter alternative with more dramatic scenery is Krabi, further south. The Gulf coast islands include trendy Samui, backpacker Koh Pha Ngan and the diver haven of Koh Tao. Address: Phuket and Krabi Provinces Phone: n/a Website: n/a

Located in the ancient capital of Thailand (then Siam), Ayutthaya boasts a rich and powerful history. It was granted World Heritage status in 1991, and has since seen the preservation of many important landmarks throughout the park. Wat Phra Mahathat, Viharn Phra Mongkol Bopit and Wat Phra Si Sanphet are just some of the many temples that lay in ruins, best explored on a cycling tour of the city. Visitors do not need to worry about a dress code here. Address: Klong Tho, Pratu Chai, Ayutthaya Phone: +66-3-524-5123 Website: http://www.ayutthaya-history.com/HistoricalSitesHistoricalPark.html

Chiang Mai is the unofficial capital of Northern Thailand. Just outside the central area are several mountains, one of which boasts Wat Phrathat Doi Suthep, the most significant temple in the area. The edifice, built in 1383, overlooks all of Chiang Mai and provides breathtaking views. There is an electronic elevator that can take you to the top, but if you’re capable, the 300 or so stairs make for a rewarding climb. Address: Suthep, Mueang, Chiang Mai Phone: +66-5-3248-604 Website: http://www.fivethousandyears.org/

Hell Fire Pass and Bridge over the River Kwai

Known locally as Konyu Cutting, the more aptly named Hell Fire Pass is a memorable recreation of the famed World War II death march. Self guided tours of the pass are available, and a museum explaining the history is well worth the visit. It takes about an hour to get here by bus, and even quicker by car from the city of Kanchanaburi. The entire area is funded by the Australian government, so the dawn service is often frequented by Australian and New Zealanders and expats. The bridge itself has been rebuilt from the one famously bombed in the war, immortalized by Hollywood. Address: Tha Sao, Kanchanaburi, Thailand Phone: +66-86-005-0700 Website: http://www.hellfirepass.com/

The ancient capital of Thailand is Sukhothai, which rests in the lower northern region of the country. It is renowned for its historical park, which was recently added to the list of UNESCO’s World Heritage sites. It was founded by King Ramkhamhaeng, but nowadays mostly lies in ruins as the first kingdom of Siam. Address: Mueang Kao, Mueang Sukhothai, Thailand Phone: +66-5-5697-310 Website: n/a

Just to the north of Bangkok is Khao Yai National Park. This stunning nature reserve has been part of the government’s preservation watch list since 1962 and in 2005, it gained World Heritage status. The park is home to a range of unique wildlife, including Asian elephants, deer and plenty of monkeys. Waterfalls, walking tracks and night safaris are favorite activities in Khao Yai. Address: Hin Tang, Mueang Nakhon Nayok, Thailand Phone: +66-8-1499-2910 Website: http://www.dnp.go.th/parkreserve/asp/style1/defaul...

Located in the southern region of Thailand, Khao Sok National Park is one of the richest rainforest reserves in Southeast Asia and competes with Khao Yai for Thailand’s top tourist destination. The Rafflesia flower is one of the major attractions, which only blooms between January and February. Address: Khlong Sok, Phanom, Surat Thani, Thailand Phone: +66-7-739-5139 Website: http://www.dnp.go.th/parkreserve/asp/style1/defaul...