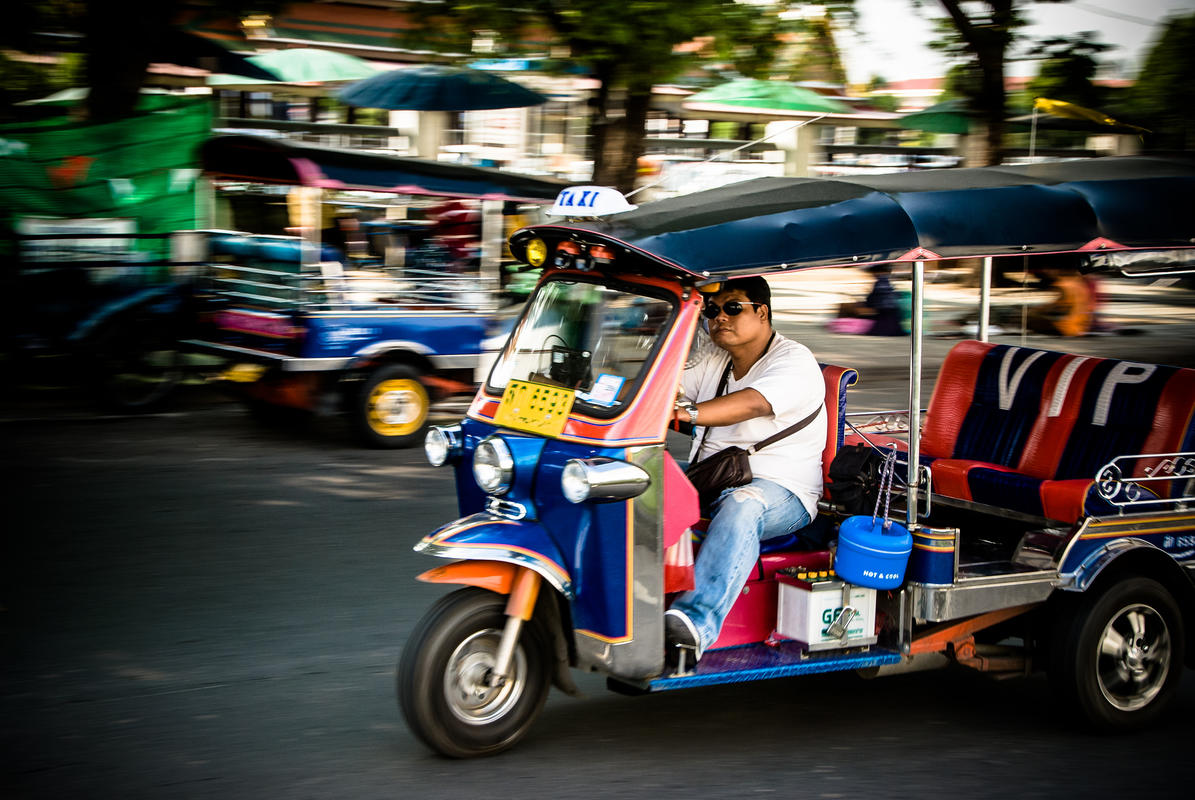 Bangkok is home to many taxis, and you’ll never have trouble finding one in the capital. They are said to be among the best value in the world, trustworthy and usually use their meters honestly, but wear your seatbelt because they will definitely get you where you want to go as fast as possible. In the other tourist areas the opposite tends to be true, with mafia creating overpriced monopolies, making hotel transfers a better option. Some reliable cab companies in Thailand include Bangkok Taxi Cooperative (+66-2-8800-880) and Thai Taxi Cab (+61-2-910-0857).

Car rental is an option in Thailand if you don’t mind dealing with traffic. The major airports trusted suppliers like Budget and Avis. Tourists are advised to purchase full insurance coverage, and read the contract carefully. Roads are usually high quality, although the abundance of motorbikes and tuk-tuks means dents and scratches are common place. Reckless driving occurs due to low law enforcement, so be alert.

Water ferries are a common site in the capital of Bangkok. They are often the fastest way to get from one side of the Chao Phraya to the other, given the traffic jams that plague the roads. The many canals, or klong, can be navigated by water taxis. Ferries are the lifeblood for traveling between the southern islands.

Inner-city buses are available in the larger cities day or night, although they aren’t usually up to standards found in the US, the UK, Canada, and Australia. It’s better to rely on new Skytrain or metro if you can, but lines are limited so opt for a taxi if it’s not rush hour. Songthaew are more popular than buses, which are shared pick-up trucks with a canopy, open sides and two rows of seats.

BKS is the bus network. The center of the system is in the capital, which has two main terminals – Bangkok North (Chatuchak) and Bangkok South (Ekamai). From here, every province in Thailand can be reached. Comfort levels and prices depend on the class and range from local to Super VIP.

The State Railway of Thailand connects all corners of the country via train. Even though rail can be slow and delays are common, this form of transportation is much safer than bus. First, second and third class carriages are available for most trips. From Bangkok, the system branches into several regional lines, including the Southern Line, the Eastern Line, the Northeastern Line, and the Northern Line.