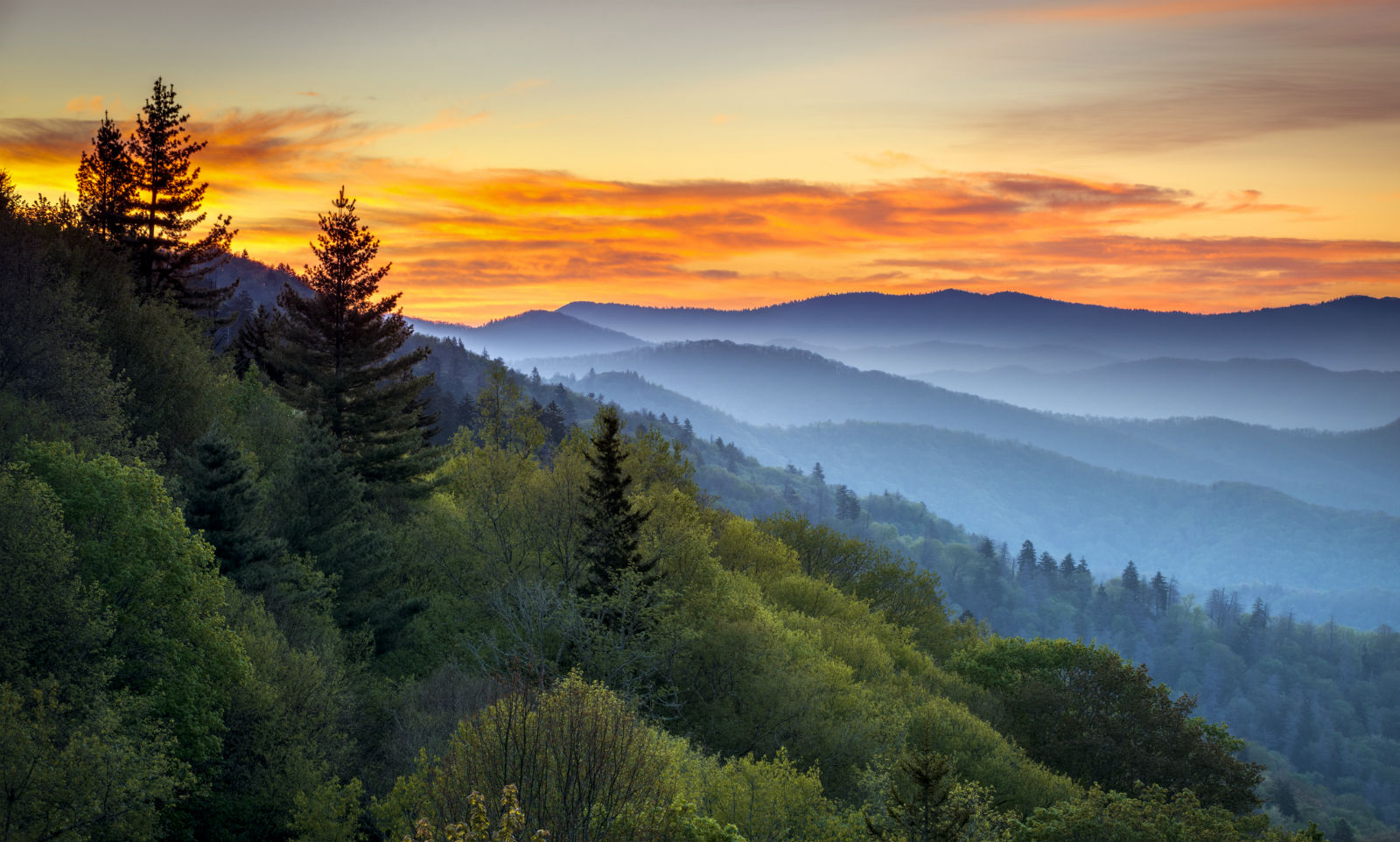 The Volunteer State, Tennessee, is a fascinating blend of Southern sentiment and Midwest friendliness, a place where music rings out every night in nearly every town. Stars are born in the cities of Nashville and Memphis, hoping to fill the shoes of Elvis, Dolly, and a host of other music legends that have come from the state.

Nearly everyone comes to Tennessee for the music. In Nashville, it’s all about country western and bluegrass. Bar hop down the District to see what’s fresh, or hit the Grand Ole Opry for some of the classics. Memphis takes care of the blues and rock scene, serving up Elvis anthems and the contemporary talents of hopeful players along buzzing Beale Street in Graceland. As a bonus, towns like Chattanooga, Knoxville, and Pigeon Forge also bring outdoor recreation and urban fun to the table.

Most visitors are quite taken with the friendliness of the folks in Tennessee. In the east, there’s a strong sense of southern hospitality and Appalachian mountain comfort. You certainly won’t go hungry in this state, where southern cooking dominates the menu and prices seem to have been frozen since the 70s. Accommodation in largely modest motel fare, although you can always find a posh bed and breakfast or boutique riverside hotel in the big cities.

Amidst the music and munching it’s easy to forget that there’s a gigantic natural facet to Tennessee as well. The entire eastern flank of the state is covered by the foothills of the Appalachians and the Great Smoky Mountains National Park. Water seems to flow everywhere, so you never have to venture far to find a river, lake, or trail to discover. Tourism is a major component of the local economy, so travelers can expect easy access to lodging, meals, and entertainment at very affordable prices.

The weather in Tennessee is generally mild, the winters aren't too cold, and the summer can get pretty warm and humid. Precipitation falls evenly throughout the year: rain in spring and summer and the occasional ice storm in winter. In the eastern portion of the state, where the foothills of the Appalachian Mountains begin, the weather tends to be cooler than in te rest of the state. Most tourists tend to visit around around fall (particularly October) when the temperatures drop to an average of 80-degrees F and the humidity starts to ebb.

Even in the big cities of Memphis and Nashville, it’s a good idea to rent a car. Like most American states, Tennessee is a land of drivers. Beautiful interstates and rural roads cover the land, ensuring that getting there is half the thrill. Nearly all of the big attractions here are located outside of city centers, so if you want to visit Graceland or spend a day hiking in the Smokies, a car is often the only viable way to go.