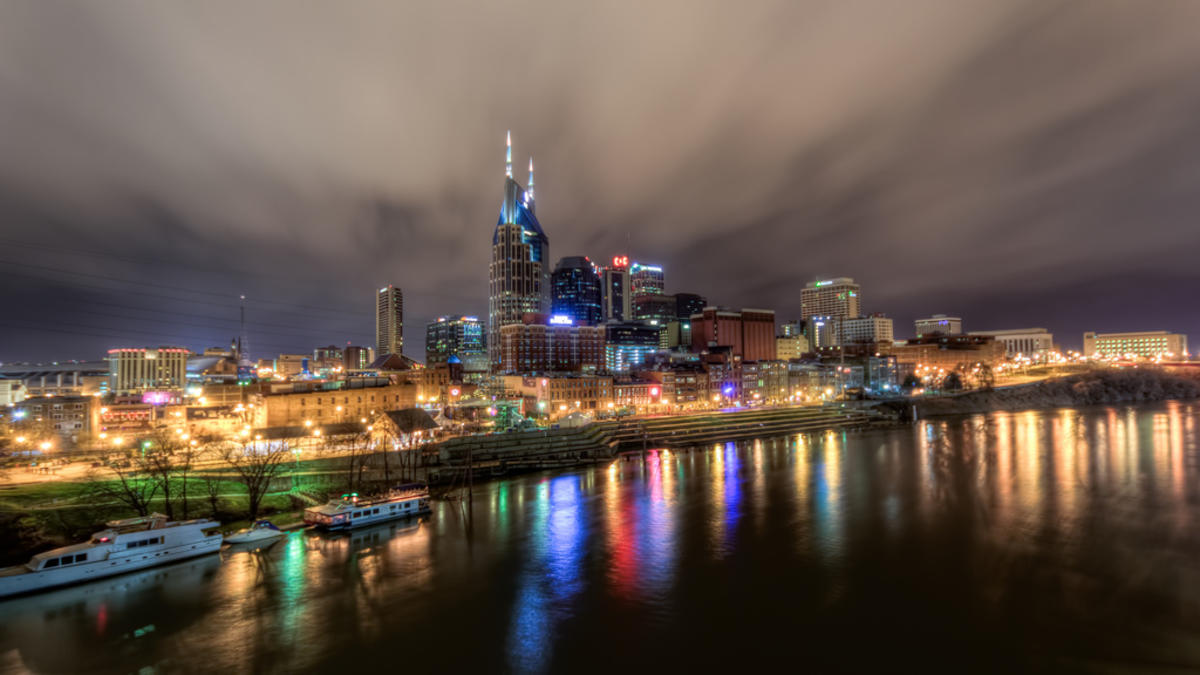 Tennessee offers its guests a solid array of interesting cities and beautiful outdoor scenery. Music has always played a major role in this state’s culture, and the twin cities of Nashville and Memphis continue to woo its visitors with amazing live music scenes. Tennessee is also home to a slice of the Great Smoky Mountains National Park and several other impressive wilderness areas ripe for outdoor recreation. Blending music and nature together are towns like Chattanooga and Pigeon Forge, where urban indulgences are tied closely to a world of fun outdoor activities and attractions.

They call Nashville “Music City” for good reason. Few other cities in America have produced such pedigree as this buzzing musical city, home to the Country Music Hall of Fame and the legendary Opryland. The live music scene in Nashville is extraordinary, and reason enough for an extended stay. Bars like the Bluebird Café and the entire strip of lower Broadway (known as Honky-tonk Row) overflow with music lovers every night of the week. Address: Central Tennessee Phone: n/a Website: http://www.visitmusiccity.com/

Built in 1853, this beautiful Tennessee plantation was one of the South’s greatest horse stud farms during its heyday. Today, the massive Greek Revival mansion has been lovingly restored to its 19th-century splendor, both inside and out. Guided tours, which change seasonally, are led by costumed docents who bring the place to life. This is one of the finest sites in the state to experience the wealth of the 1800s. Address: 5025 Harding Road, Nashville, TN 37205 Phone: +1-615-356-0501 Website: http://bellemeadeplantation.com/

The birthplace of rock and roll, blues, and soul music offers a nice balance to the country flavor in Nashville. Set along the mighty Mississippi River, Memphis is a fun city to spend a few days in. Tour Elvis’s home in Graceland, catch hot live music along Beale Street, and experience the grandeur that persisted before the Civil War at the Hunt-Phelan Mansion. The food in Memphis is also divine – pure southern goodness with no holding back on the calories. Address: eastern Tennessee Phone: n/a Website: http://www.memphistravel.com/

Whether you’re an Elvis Presley fan or not, a trip to Graceland is quite the experience. The legions of die-hard Elvis devotees create a wonderfully entertaining scene, and the mansion itself is nothing short of pure superstar whimsy. From Elvis’s famed Jungle Room to a small museum displaying his most personal relics, there is a lot for fans at this massive property, which is more theme park than historic house. Address: 3734 Elvis Presley Blvd, Memphis, TN 38116 Phone: +1-901-332-3322 Website: http://www.elvis.com/

The great Civil Rights leader Martin Luther King Jr was assassinated in Memphis at the Lorraine Motel on April 4, 1968. The motel was saved from condemnation and transformed into this impressive museum dedicated to the Civil Rights Movement. Life-size dioramas depict all the major events in the timeline of the movement, and multimedia exhibitions trace the history of African Americans from the days of slavery into the modern era. It’s a truly fascinating and though-provoking place in Tennessee. Address: 450 Mulberry Street, Memphis, TN 38103 Phone: +1-901-521-9699 Website: http://www.civilrightsmuseum.org/

A fantastic home base for exploring the Great Smoky Mountain National Park is Pigeon Forge. It’s a major tourist town, ideally situated near all kinds of interesting attractions like Dollywood, the town of Gatlinburg, and the myriad natural wonders of the Smokies. Amusement parks, more than 40 official attractions, dinner theaters, and all kinds of southern-flavored entertainment make this town very popular during the tourism season. Address: Eastern Tennessee Phone: n/a Website: http://www.mypigeonforge.com/

Chattanooga is a real up-and-coming travel destination in Tennessee. Once written off as a dirty, dull industrial pit, the city has reinvented itself in recent years as an eclectic outdoorsy city with a lively cultural edge. The Bluff View Art District confirms that Chattanooga has creative inclinations, while the Battles for Chattanooga Museum showcases the fascinating Civil War heritage that played out here. Other top attractions include the Tennessee Aquarium and the historic Incline Railway. There is plenty to do here, especially for those who like a little outdoor recreation with their urban fun. Address: Eastern Tennessee Phone: n/a Website: http://www.chattanoogafun.com/