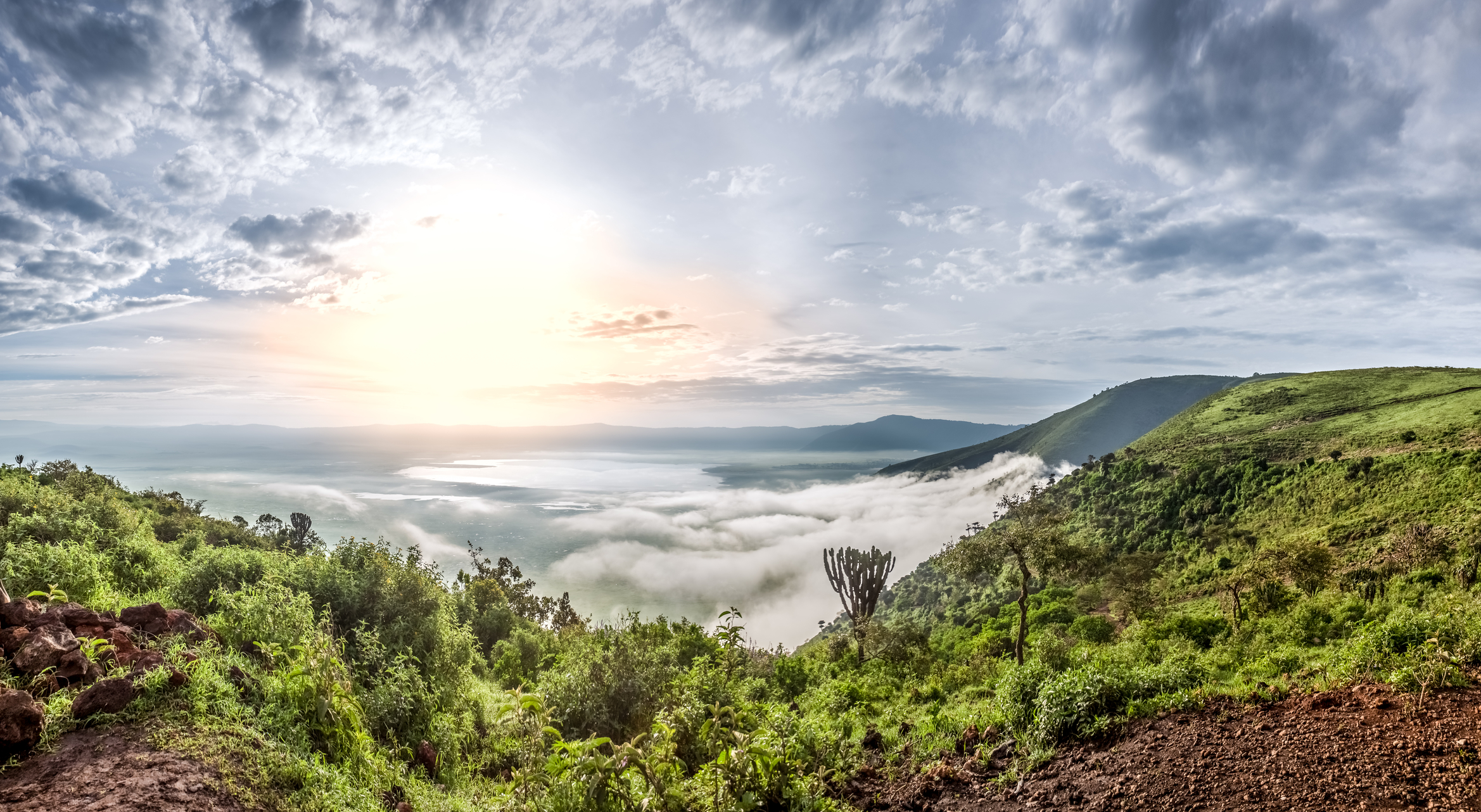 As part of the Great African Rift Valley and sharing similar terrain with higher profile neighbor Kenya, Tanzania has rich landscapes. It is best known for Serengeti National Park, where thousands of wildebeest migrate every year, and for the mammoth Mount Kilimanjaro, the world highest solitary peak. Exotic beaches, Maasai warriors and Arab-centric cities add further spice. Tanzania is a friendly country with well over 100 ethnic groups, including the much ballyhooed red-robed Maasai tribe. Its multicultural heritage is always apparent, especially in Zanzibar and the Spice Islands, which are Arabic through and through.

National Parks, mountains and tropical beaches are Tanzania’s main draws, with the savannahs of the Serengeti plains right up there as some of the most spectacular places on earth. Big game animals call the region home and there is no better place to get a safari. The nearby Ngorongoro Crater is also spellbinding, with jungle lodges situated on its rim overlooking vast plains populated by an abundance of wildlife. Mount Kilimanjaro, meanwhile, is worth traveling to Tanzania in its own right as it is doable by even inexperienced hikers.

The culturally-rich Swahili coast around the Zanzibar archipelago is a major draw for those looking for a beach getaway. There are tropical escapes galore with many islands accessible from Dar es Salaam. Backpackers will enjoy full moon parties in north Tanzania, while fishing and diving expeditions are coast-wide, as well as to nearby Pemba and Mafia islands. Stone Town is the most interesting place for sightseeing, with its mosques, markets and old Omani fort. Dar es Salaam is more a gateway, though it still has several nice beaches, the best museums in the country and some good shopping.

On the shopping front, there is value to be had on locally produced African crafts in the markets when you haggle. The cuisine is not the most memorable, though the seafood is good, plus there are Western menus in hotels, and picnic lunches and alfresco dinners usually included with pricy upscale safari packages. While local transportation, eating out and hotels are generally reasonably priced, a trip to Tanzania is usually expensive overall. Visas have to be paid for and direct flights are only available from Europe and the Middle East.

Tanzania is massive so any side trips to neighboring countries will typically involve a flight. However, the Serengeti runs into the Maasai Mara in Kenya, continuing the wildebeest migration, and a great way to see the plains in all its glory is on a hot air balloon. In addition, steam boat trips can be made on Lake Victoria into Uganda, as well as across Lake Tanganyika into Zambia. It is best to avoid the Burundi and Rwanda border areas.

The climate of Tanzania is generally Tropical, so they experience a lot of rain and high levels of humidity throughout the year. Annually the temperature average is around 73-degrees F - which sounds warm, but there are definitely some periods of the year to avoid because of weather. June through August is a good time to visit Tanzania because the temperatures are lower, there is much less rain, and the humidity plummets. But if you want to go to Tanzania for the animals, you should, without question, go between December and February for the most abundant animal sightings.

There’s a reasonable rail network across Tanzania with first class cabins available, though long distance road travel is uncomfortable. Flying is the preferred method to get around and there are airports in Dar es Salaam and Zanzibar, as well as near Arusha (for the national parks) and near Mount Kilimanjaro.