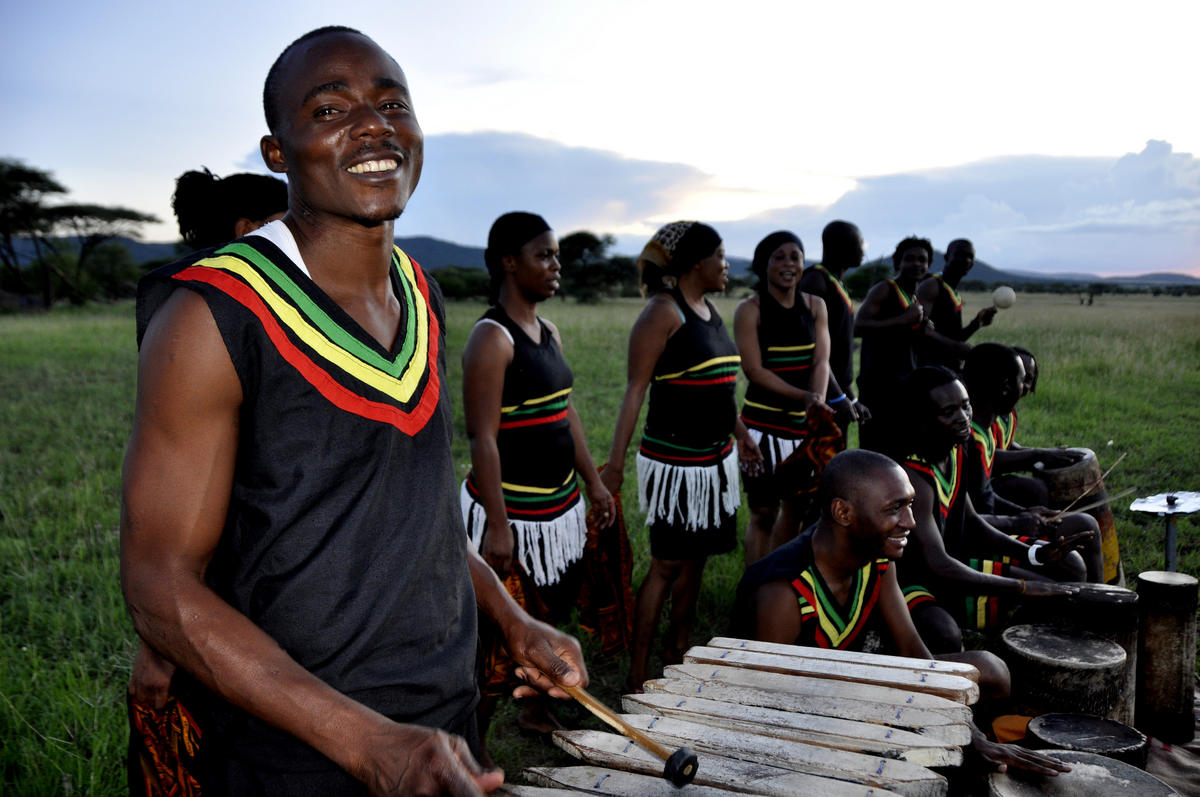 Dar es Salaam and Zanzibar are the best places to enjoy Tanzania holidays, particularly the latter with its Muslim-majority populace. In July you can witness the Mwaka Kogwa and the Festival of the Dhow Countries, while the wildebeest migration in the Serengeti starts in December. Mount Kilimanjaro, Africa’s highest peak, sees action during the Kiliman Adventure Challenge in February.

The Wanyambo Festival is one of the best opportunities to check out the local culture of Tanzania in early January. The event is staged in the northern area of Dar es Salaam known as Makumbusho, with lots of traditional music, dance, costumes, and food.

A triathlon if there ever was one, the Kiliman Adventure Challenge involves three grueling events in February to discover the “KiliMan.” Events include a hike up Mount Kilimanjaro (not judged), followed by a mountain bike jaunt around the great circumference, and finally the Kilimanjaro Marathon.

A separate entity from the Kiliman Adventure Challenge, the Kilimanjaro Marathon is a road race under the guise of the world’s highest solitary mountain. There’s also a half marathon and fun runs so everyone can get involved. The events take place in late February when it’s the coolest.

A two-day music festival in May, Mzalendo Halisi is staged in Kigitonyama in northwest Dar es Salaam. It features traditional Tanzanian music by local performers along with art and cultural exhibitions.

For those in Arusha in May/June, the Karibu Travel and Tourism Fair is a must to partake in, the biggest of its kind in East Africa. There are all sorts of Tanzanian items for purchase, from gemstones and furniture to safari gear and wine.

Festival of the Dhow Countries

This two-week festival in early July is one of music and motion pictures. The highlight is the week-long Zanzibar International Film Festival, the main arts event of East Africa. Enjoy local screenings throughout the city.

This four-day event in July/August is a must for visitors to Zanzibar, when village men thrash each other with banana stalks to settle arguments from the previous year. Women dress up, sing and dance, a straw hut is set on fire and a feast ensues.

Zanzibar is the place to witness Eid al-Fitr, the end of Ramadan in August. The best site is Makunduchi where there is much pageantry, dancing and dining.

The coastal town of Bagamoyo, between Dar es Salaam and Zanzibar, puts on the annual Bagamoyo Arts Festival which features traditional and contemporary music and dance. The week-long event in September also includes grand exhibitions, workshops and acrobatics shows.

The animals are on the move through the Serengeti at various times throughout the year to find water and graze, although December through February sees the wildebeest at their peak in Tanzania.