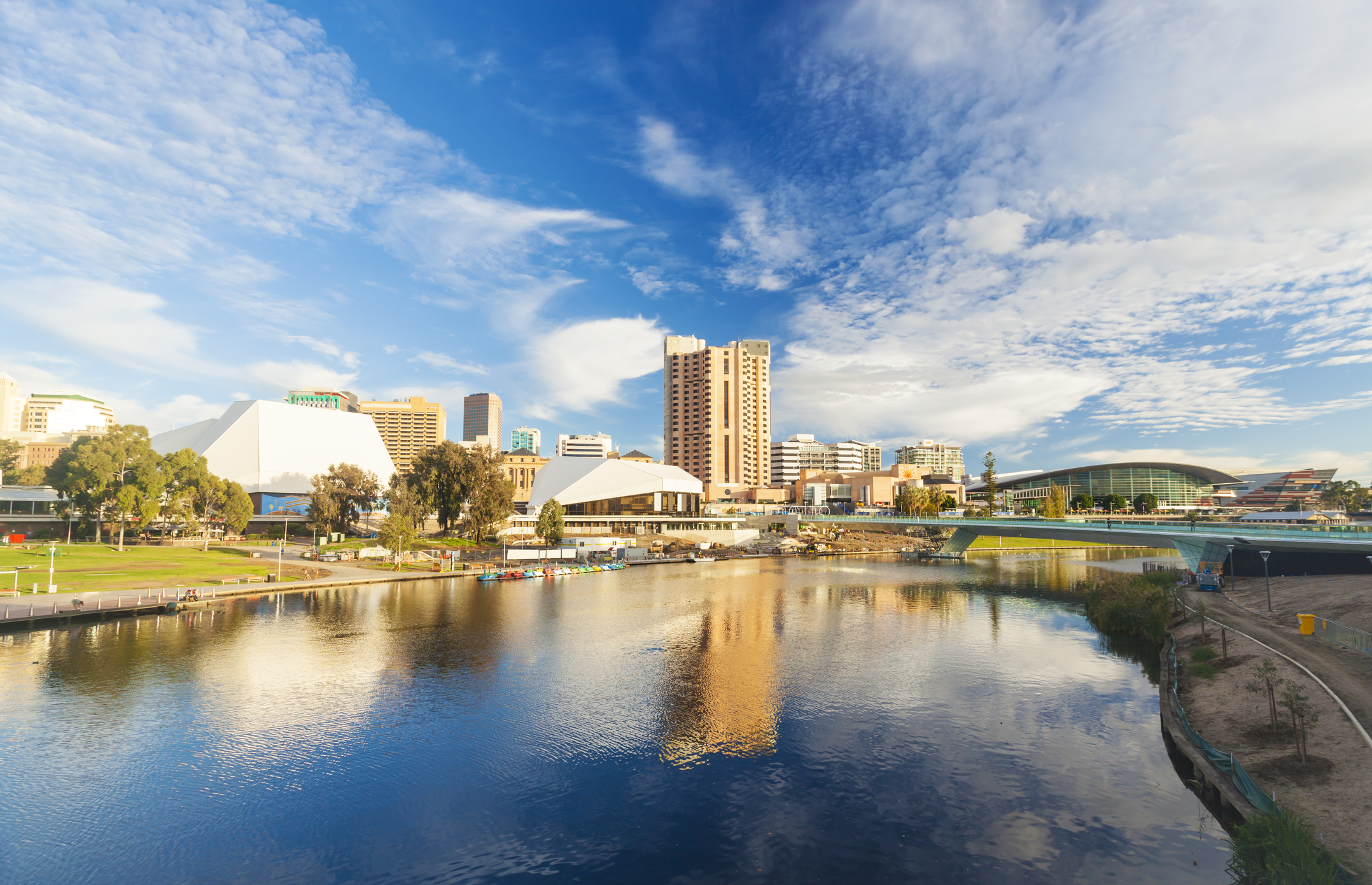 South Australia may be one of most underestimated holiday destinations in the land down under. The state has always been unique, ever since it was established as the first free colony in Australia back in 1834. Today, it is a different kind of unique. South Australia is built on the back of a strong wine industry, although until recently, the state has always been economically ‘behind’ the rest of Australia. Nevertheless, it seems as though these days are well in truly in the past. With tourism now additional force behind the state’s economy, South Australia’s future is looking bright.

Most of South Australia’s population is centered near the coast, particular in the southeastern corner. Not surprisingly, the state’s main tourist destinations are also located in this area. Adelaide, which sits upon the Gulf of St Vincent, is the capital city and central conurbation of South Australia. Surrounding the capital are several magnificent attractions, including the Adelaide Hills and the winery valleys of McLaren Vale, Clare and Barossa valleys. Tourists can reach these sites by daytrips from Adelaide. However, it is not uncommon for tourists to spend days at a time exploring the wonders of this region by bus tour or car hire.

Tourists can also do as the locals do and head to the Yorke Peninsula. Here, South Australian-style beach holidays are available at Port Hughes, Port Vincent and Marion Bay. Just off the southeastern coastline is Kangaroo Island, which is famous for its natural scenery and of course, populations of native Australian wildlife. Heading north, tourists will hit the dry yet beautiful outback region of the state. Flinders Ranges National Park is a must-see attraction. Further afield, the opal capital of the world, Coober Pedy, can also be explored. Be wary, much of the outback area is flat and deserted. Always take the necessary precautions to remain safe while traveling the arid region of South Australia.

Accommodation is available in almost every city and town of the state. Adelaide is a magnificent city with plenty of high-end hotels, moderately priced lodgings and cheap backpacker spots. As tourists move out of the city, towns begin to offer less luxurious hotels. Of course, staying in outback hotels (commonly called pubs) is recommended. Creature comforts are provided, and a social atmosphere will surely delight. Towards the coastal region, seafood is the most popular cuisine. However, tourists will also find excellent steak menus no matter where they go.

South Australia is blessed with a warm climate, although the winter months (June to August) can bring cool weather across the region. The northern area is predominantly arid and semi-arid, therefore in summer, the temperature can get extremely high - in the coastal regions, which includes the capital of the state, Adelaide, temperatures are significantly different to the northern region. The coast experiences a Mediterranean climate, where four district seasons are felt. The summer, between the months of December and February, is the hottest time of the year - and brings many hours of sunshine in the summer.

Adelaide’s international airport is the leading entry point into the state. Tourists who decide to arrive by car will come in from one of several possible highways. The Barrier Highway journeys from New South Wales’ Broken Hill. The Princes Highway is a scenic route from Victoria, and travels along the coastline, while the Eyre Highway is the main arterial road connecting South Australia and Western Australia. Several rail services are also available, including the Ghan, the Overland, and the Indian Pacific.

South Australia maintains a great bicycling culture that is second to none. Scenic bike trails along the South Australian coast, throughout wine valleys, and in cities like Adelaide make it possible to enjoy the state’s attractions by bike. If traveling to the outback region is a must, then stick to the famous Outback Trails, such as the Oodnadatta Track or the Birdsville Track.

Click here for Things to Do in South Australia