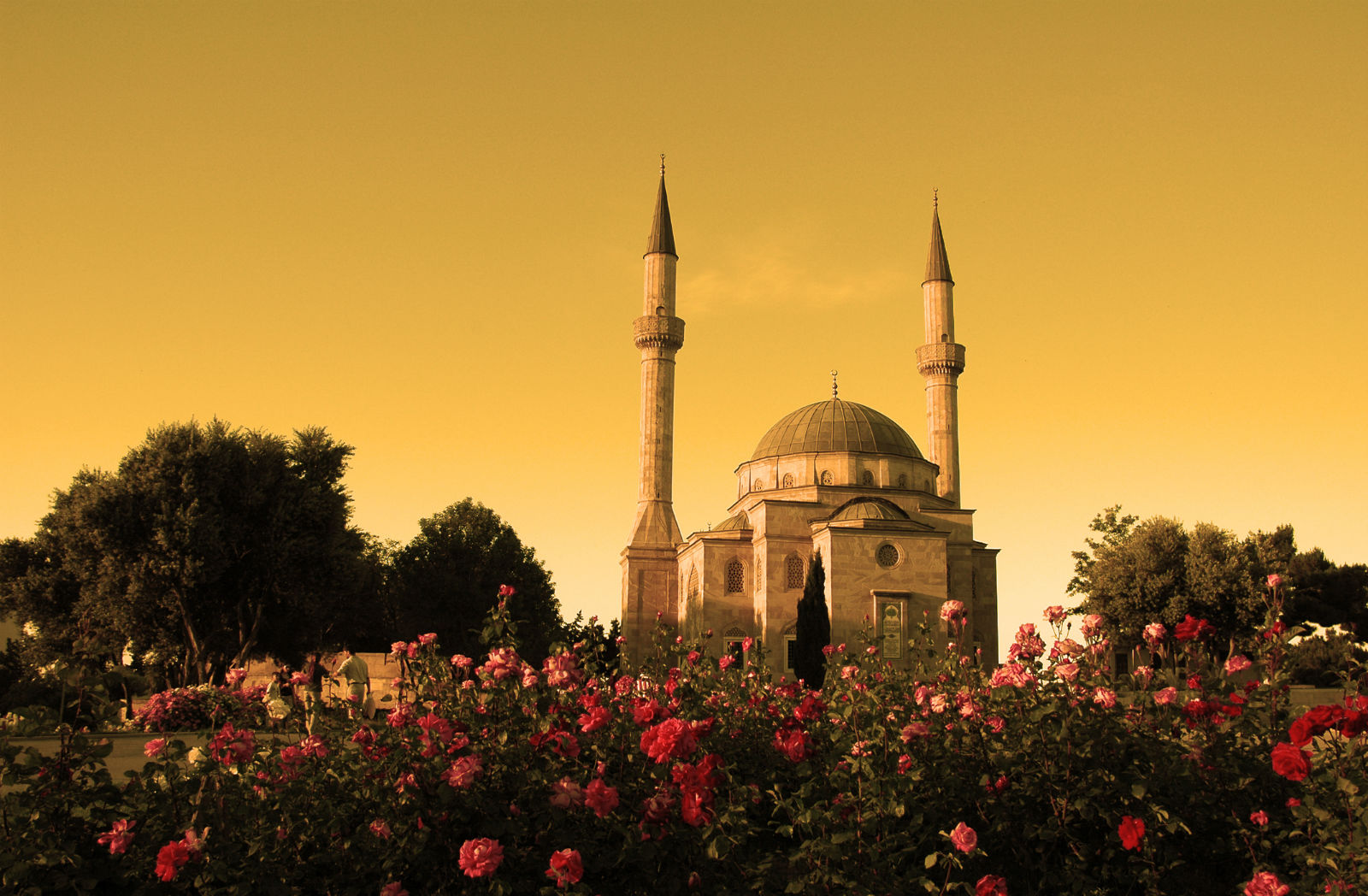 Once the center of some of the oldest civilizations in existence, Azerbaijan is still one of the youngest nations in the world. Many historic, cultural, and natural attractions await visitors in this former Soviet nation. Located in the Caucasus-Caspian region, its strategic location gives it a unique mixture of sights and sounds influenced by neighboring Iran, Russia, Armenia, and Turkey. Azerbaijan’s name is actually derived from an ancient Turkish tribe that once resided in the country and means “brave man” or “the fire keeper.”

The capital, Baku, is a bustling cultural, economic and political hub. It lies on the coast of the Caspian Sea and is home to some of Azerbaijan’s cultural icons, such as Giz Qalasi (Maiden’s Tower) and the Palace of the Shirvan Shahs, both of which are within a walled fortress and the UNESCO World Heritage site of Icheri Sheher (Old Town). Visitors will also be drawn to a number of galleries and museums around the city, particularly the Taghiyev History Museum and the Doll Museum. There are many modern wonders in Azerbaijan, too, such as the AF Mall, which is known for its tropical garden and interesting selection of shops. Boat tours and visits to local amusement parks, spas, and beaches can all be arranged. You can find the usual Western comforts almost everywhere.

Outside of Baku, there are many other beautiful areas to explore. The Sheki Region (home to Azerbaijan’s most picturesque city) is very popular. The ethnically diverse Northeastern region is also a must for hikers who will appreciate its dense forests. The locals are referred to as “Azerbaijanis” and are well mannered, polite and reserved. Women are very much respected, as are the elderly.

While in Azerbaijan, don’t forget to sample local cuisine, particularly a delicious dish called plov, which is essentially rice with various toppings. You’ll find a lot of Russian, Georgian, and Turkish influences, especially in Baku. There are many hotels in the capital from midrange to luxurious. Families and travelers who wish to stay longer can rent apartments, which are significantly more affordable than hotels.

Getting to Azerbaijan is easy by plane, via Baku’s Heydar Aliyev International Airport. Travelers from countries like Iran, Turkey, China, Uzbekistan, Belarus, Russia, and Mongolia can enter without visas for up to 90 days. Other visitors can get single-entry visas from an Azerbaijani embassy. Getting around is convenient thanks to the organized public transportation system. There are taxis, marshrutka (minibuses), buses, and trains, and some rent cars.

Click here to learn about Things to Do in Azerbaijan