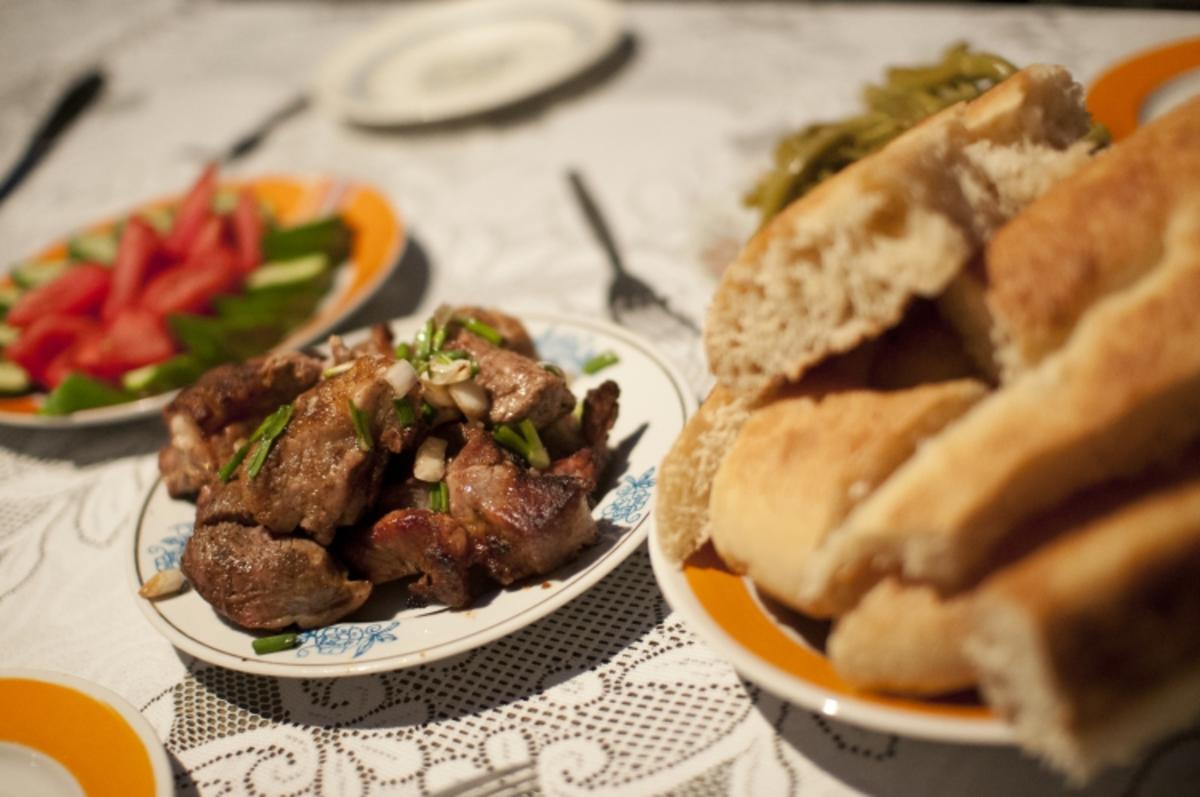 Local culture is also defined by its food. Azerbaijan cuisine influenced by many other neighboring countries including Iran, India, Central Asia, the Middle East, and Turkey, and the results are a blend of flavor that is unique and distinctive. Lamb is typically the main ingredient; seasoned with cinnamon, coriander and saffron. The most traditional place to eat is the yemekhane, which is often attached to a teahouse or Chayhana. You will also find plenty of Azeri restaurants where you can enjoy barbecues with staples like bread, cheese and yogurt. The term “fast food” in Azerbaijan does not necessarily refer to western-style drive-thrus, but also to street stalls selling cheap and delicious meals. Aryan is among the local drinks served, which is made using yogurt based sour milk. Sherbet made from saffron and rose petals is also popular. Locally produced wines are also available alongside natural spring water. Lemonades are offered in some markets and are often infused with tarragon or pears.

Bars and Pubbing in Azerbaijan

Most of Azerbaijan’s best pubs and bars are in the city of Baku. Traditional teahouses serve sweets and some alcohol to guests in individual nooks. Cafés also dot the city, but they typically have beverages at Western prices. In other cities like Sheki and Ganja, you can order western-style coffees and a variety of teas in cafés.

Teahouses offer piva (local beer), but not rum, gin, or tequila; for which you would need to find a pub. Most of the high-end bars in Azerbaijan are within hotels like the Hyatt Hotel (Bakikhanov St., Baku), but you can head nearby the History Museum (Finnegan’s, 4 A. Aliyev Street, Baku) for more casual cocktails and reasonably priced beer. For a sports bar atmosphere, there is Adam’s Sports Bar (6 Alizade Street, Baku) or the Caledonia Bar (38, Rasul Rza, Baku) which shows most games.

Baku may seem like a conservative city, but there are jazz clubs in town too. Caravan Jazz Club (4 Aliyev Street) has a western-style toilet (somewhat rare) and free entry. For a more upscale ambiance, there is Room 103 (103 Nefticilar Prospekti).

Dining and Cuisine in Azerbaijan

The best restaurants in Azerbaijan are in Baku, where you’ll find a mix of affordable, midrange and high-end establishments. Some serve not just Azeri cuisine, but also European, Georgian, Ukrainian, and Turkish specialties. Anadolu (Pushkin St. 5 and Rasul Rza St. 3/5) has both European and Turkish dishes, while Namli Kebab (near the Austin Hotel and Russian Dramatic Theater) is the place to be for Azeri and European fusion. Alternatively, there is Respublika Luks (24 Khagani Street).

Click here to learn about Azerbaijan's Shopping and Leisure