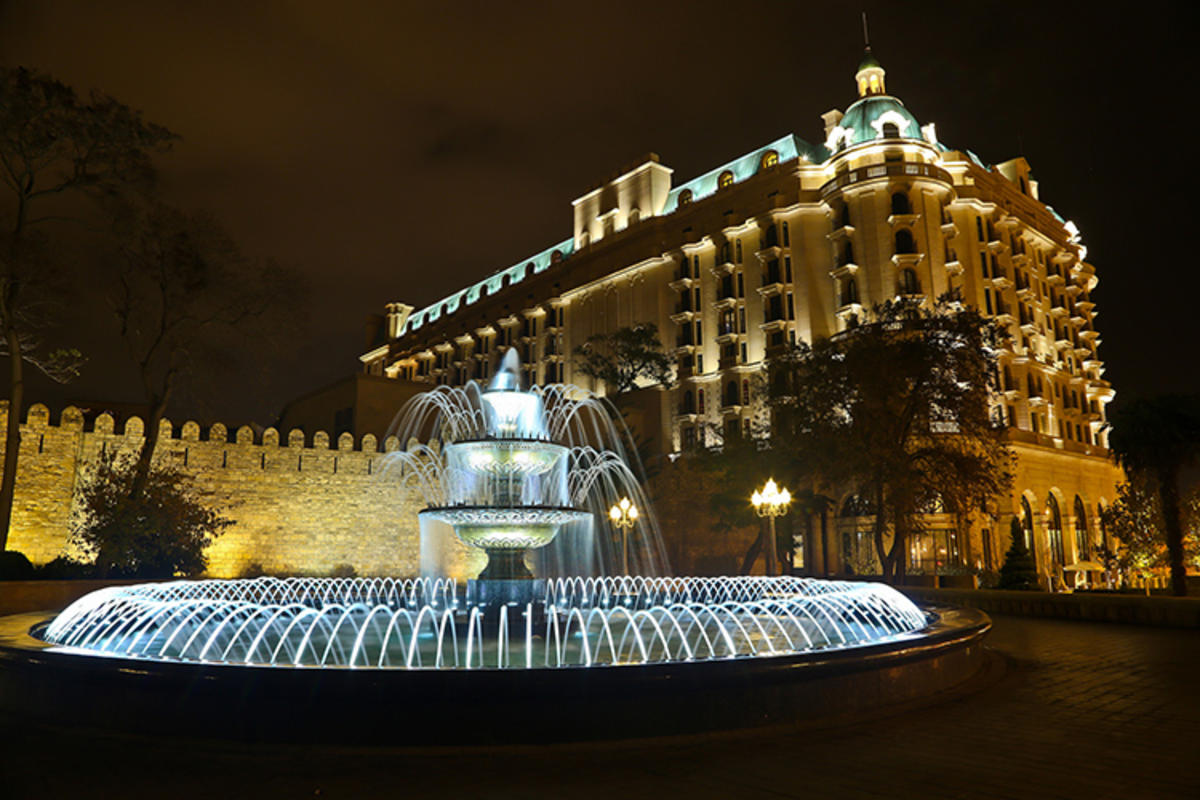 The official language of Azerbaijan is Azeri, which is similar to Turkish. English is also commonly spoken in cities and areas that westerners frequent. It is also common to hear Russian speakers in Baku.

Azerbaijan’s currency is the Azerbaijani manat, which is coded AZN. The term ‘manat’ comes from the Russian ‘moneta,’ which means coin. One AZN is divided into 100 qapik. The new manat was declared a national currency on January 1, 2006 and was introduced at the value of 5,000 old manat. Prices of goods and services in Azerbaijan are indicated in old and new manats for easy understanding. The quapik coins were reintroduced in denominations of 1, 3, 4, 10, 20, and 50. The banknotes were designed by Robert Kalina, an Austrian designer responsible for creating the Euro. Denominations include 1, 5, 10, 20, and 100 manat.

AZT is used as the basis for Azerbaijan’s time zone. It is known as ‘Azerbaijan Time’ and is four hours ahead of UTC (UTC+4), with AZST (summer time) being an hour ahead of the standard Azerbaijan Time, at UTC+5:00.

Azerbaijan uses electricity at 220V/50Hz. The outlets are either European standard Schuko or Schukostecker (CEE-7/7), non-grounded but compatible Europlug (CEE-7/16). American travelers may need to bring adapters. Older buildings may have the Soviet GOST-7396 outlets, which are similar to European CEE-7/7 except with smaller 4mm-diameter pins. Consider bringing an adapter for these too just in case.

Azerbaijan’s country code is 999, which is dialed before the area code. Baku’s area code is 12. Four mobile phone operators exist in Azerbaijan, with Azercell being the biggest, followed by Azerfon-Vodafone, Nar Mobile, and Bakcell. Azercell numbers begin with 051 or 050. Some regions do not support Nar Mobile, but of all the providers, it offers the most affordable services. Nar Mobile’s numbers start with 070. An alternative to this is Bakcell, which starts with 055. The latest 3G services are offered by Azerfon-Vodafone.

Heydar Aliyev International Airport is home to the main duty free outlet in Azerbaijan. Operated by Duty Free.Az, it is open 24 hours a day and offers a range of products such as confectionery, children’s items, watches, fragrances, cosmetics, liquor, and tobacco. Luxury goods from well-known names like Swarovski, Porsche, Hugo Boss, and Montblanc are also available.

Click here to learn about Azerbaijan's Visas and Vaccinations