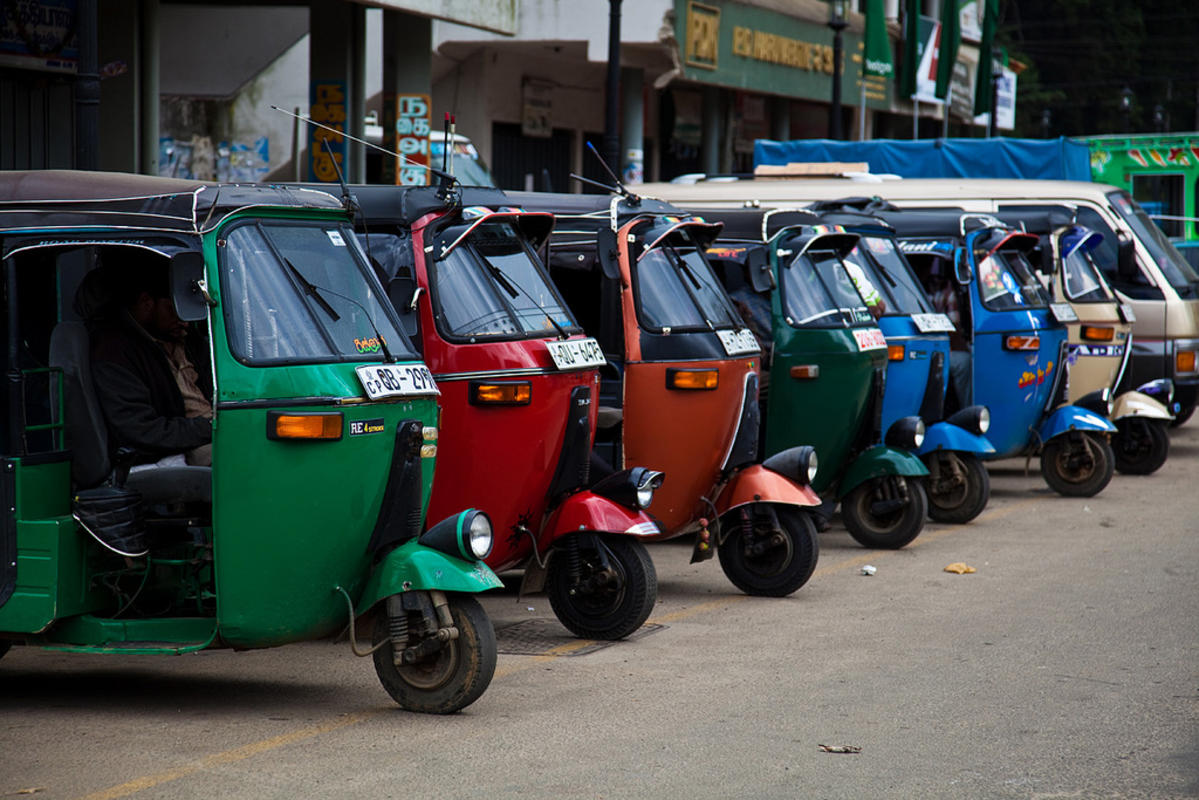 It is possible to rent cars in Sri Lanka as most of the international car rental companies are represented, including Hertz, Avis, and Budget. There are also a few local car rental agencies which have good reputations and reasonable prices. For large groups of travelers, many agencies have air-conditioned minibuses which make for a comfortable ride when seeing the sights. Often rental cars come with a local driver who is extremely knowledgeable about the country and its landmarks, and is licensed by the government.

Metered taxis are another great way of getting around Sri Lanka. They can be recognized by their red-and-white license plates and their red rooftops. While these taxis are metered, their drivers do not always turn the meter on. Tourists should insist on the meter or at least negotiate a reasonable rate before departure. Another type of taxi is the three-wheeler. These motorized rickshaws are by far the cheapest mode of transport. They offer a wild ride, however, as drivers tend to ignore road rules and there are no seatbelts in the vehicles. Both three-wheelers and metered taxis can simply be flagged down at the side of the road.

Buses are a cost effective, albeit crowded, means of getting from one region of the country to another. Air-conditioned buses are available at a higher price than regular buses, but they still remain one of the cheapest public transport options available. Bus stations can be overwhelming as most of the locals use the system on a daily basis. There is an extensive network of buses which connects most towns on the island.

The network of trains is just as extensive as the bus system, connecting all major towns on the island, including an express line between Colombo and Kandy. Tourists can pay extra to travel in first or second class trains which boast air-conditioned carriages with dining cars, but should be aware that these luxuries are not available on all lines. Tickets generally book up in advance, especially during the high season.