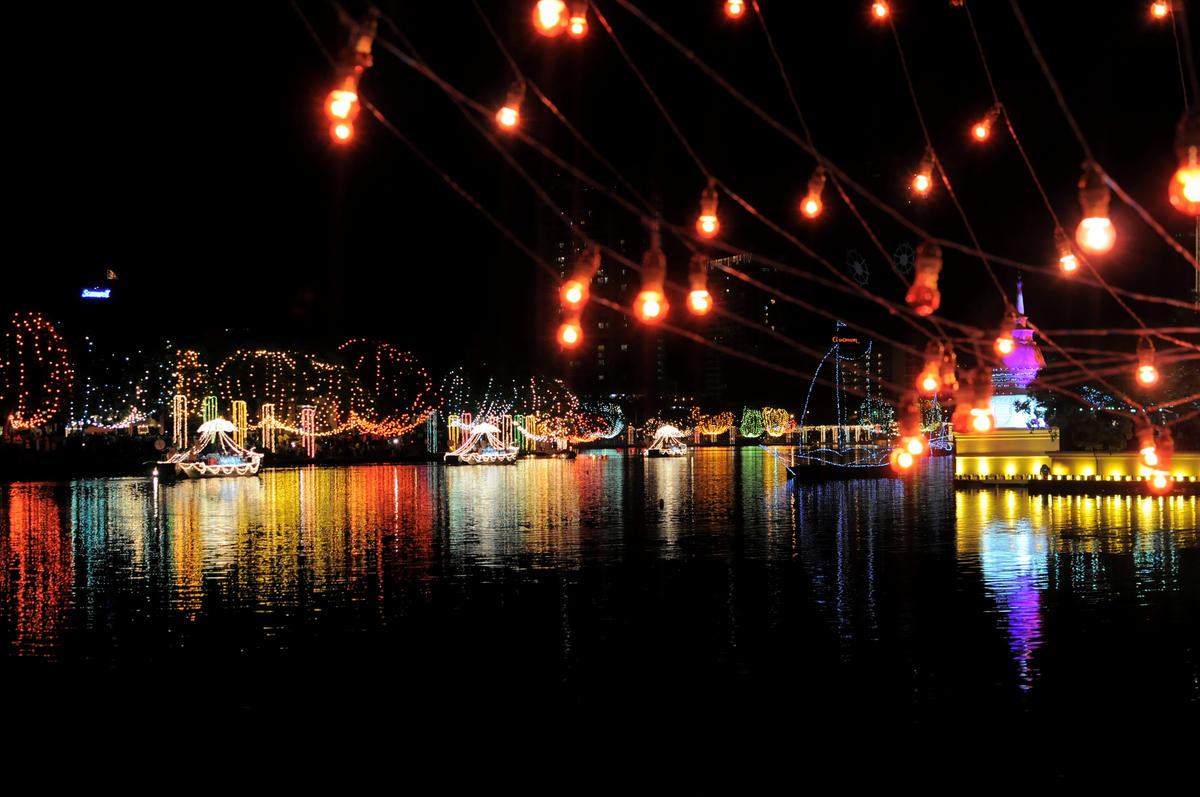 Sri Lanka has no shortage of festivals, with a colorful event happening almost every month in some region of the country. Whether travelers are looking for intellectual discussions – which can be found at the Galle Literary Festival – or simply a display of local culture – which can be seen at the Sri Lankan New Year - they are sure to be entertained.

Starting off the festivals in January, the Galle Literary Festival is an event that takes place annually. Well-known internationally as one of the best literary festivals in with world, the event plays host to some of the most famous names in literature, including Richard Dawkins, Joanna Trollope, and Meera Syal. Local Sri Lankan writers are also showcased. Visitors to the festival can enjoy readings, discussions, and a host of interesting and informative workshops.

February marks the arrival of the most colorful festival in the country, Nawam Maha Perahera. Held annually in Colombo, the festival takes the form of a pageant in which hundreds of elephants are adorned with beautiful materials and walked through the streets of the city. The streets are taken over, in fact, not only by elephants but by a plethora of dancers, drummers, musicians, acrobats, and flame throwers. Visitors who are lucky enough to be in the region during this time should not miss out.

Sir Lankan New Year takes place in April and is celebrated all over the country. Perhaps the most important festival during the entire year, New Year is marked with several rituals which aim to bring happiness and prosperity to the country and its people. Once the rituals have been completed, the party starts. Streets are closed off all over the country and everyone from young children to the elderly takes part in the music, the dancing, and most famously, the feasting.

Vesak is the Sri Lankan Buddhist festival which celebrates the day Buddha was born, the day he attained Enlightenment, and the day he passed away. Held every year in May, the anniversary is commemorated with the lighting of colorful lanterns in homes and streets across the island. Some towns also put on free public theater performances which honor the life and work of Buddha.

Held every year at the shrine of the god Kataragama, the Esla Festival spans two weeks in July and is characterized by devotees of Kataragama walking over burning coals. After the coal-walking ceremonies, the devotees, in their hundreds, submerge themselves in the local river, shouting praises to the god. This is quite an event to witness and travelers who are in the country during July should make a point of attending.

Travelers who are gastronomically inclined will love the World Spice Festival which takes place every October in Colombo. Bringing together the best local and international chefs, who together make a variety of local dishes using indigenous spices, the festival celebrates the vibrant cuisine that Sri Lanka has to offer. The event is open to the public and there are sure to be many tasting sessions.

One of the last festivals on the calendar, Deepavali is held in November nationwide. Known alternatively as the Festival of Lights, Deepavali is celebrated in many eastern countries to welcome spring as a signifier of the victory of good over evil. In Sri Lanka, Deepavali is celebrated mainly by the Tamil population. Locals cleanse themselves by taking oil baths, wearing new clothing, and giving each other gifts. The most recognizable characteristic of the festival is the burning of firecrackers at night time and the lighting of oil lamps which invite blessings and prosperity.

Click here for Things To Do in Sri Lanka