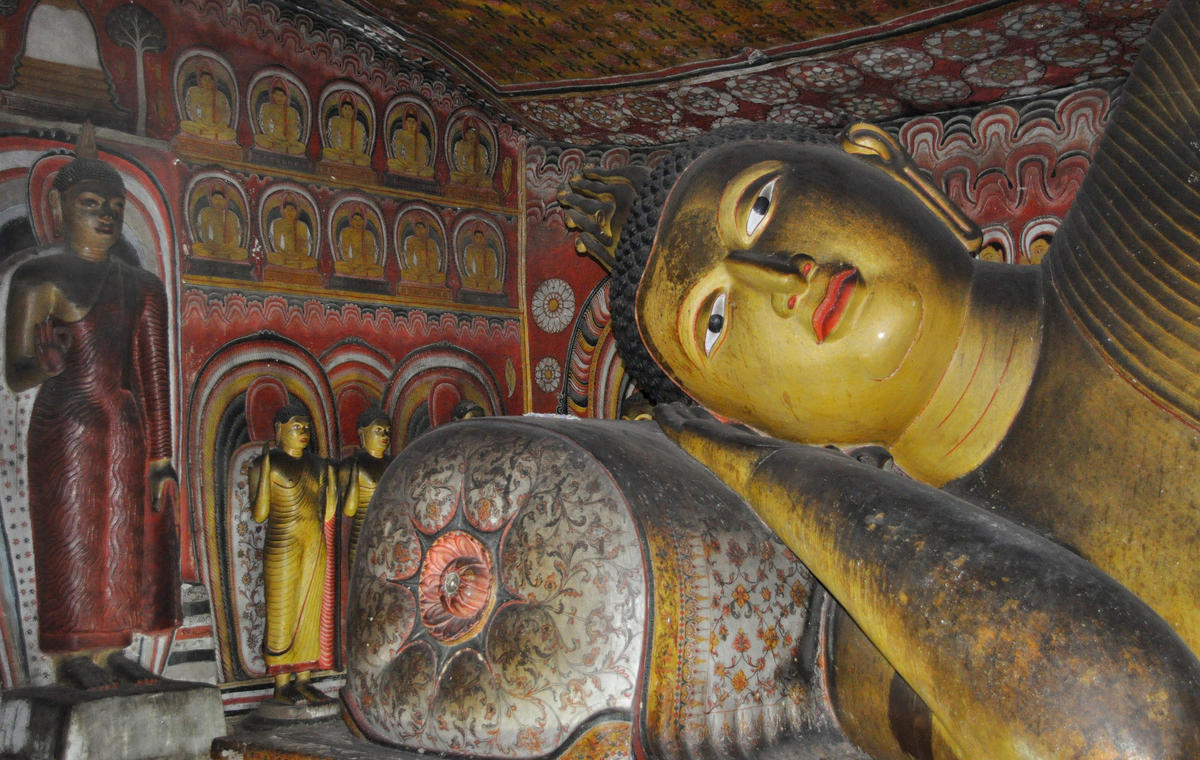 Sri Lanka’s attractions are aplenty and varied. Many of the most famous sites, such as the Dalada Maligawa and Dambulla Cave Temples, reflect the country’s rich political and religious histories. Others, like Yala National Park, are simply examples of the island’s vast and breathtaking natural beauty.

Located in the picturesque town of Kandy and housed in the royal palace complex, Dalada Maligawa, or the Relic of the Tooth of Buddha, is one of the more important religious and political sights in the country. Ancient lore says that whoever is in possession of the relic will govern the country. Rituals are performed here three times a day by local monks and on Wednesday, the Sacred Relic is bathed in a herbal solution of water and flowers. An interesting part of the country’s political and spiritual history, Dalada Maligawa is worth a visit. Address: Sri Dalada Maligawa, Kandy Phone: +94 812234226 Website: www.sridaladamaligawa.lk

Perhaps the best known attraction in Sri Lanka is the UNESCO World Heritage site of the Sigiriya Rock Fortress. Located far above Sri Lanka’s central plains, the rock fortress is a prime example of the nation’s 5th century architecture and culture. More than just this, however, the fortress displays the earliest examples of garden landscaping found anywhere in the world. From the water gardens at the foot of the steps to the boulder and terraced gardens at the summit, the scenery is simply breathtaking. Travelers can walk this ancient structure and marvel at the ingenuity of those who inhabited the region centuries ago. Address: Central Matale District, Central Province Phone: n/a Website: n/a

Once the capital of the region thousands of years ago, Ancient Anuradhapura is but a city of ruins today. Visitors have the opportunity to roam through the well-planned city streets and explore what remains of the once majestic temples, stupas, and ornate royal places. There is also an informative museum on site which provides a much appreciated context for the ruins and their contents. Address: North Central Province, Sri Lanka Phone: n/a Website: n/a

By far the most popular national park in the country, Yala National Park is the perfect place for tourists who are interested in viewing Sri Lankan wildlife. Located on the southeast coast of the island, the park is home to a range of fauna, including leopards, elephants, monkeys, and several species of birds. There is also a stunning variety of indigenous flora. Whether travelers are looking for a challenging hiking excursion through this dry woodland or simply to spot of few of the park’s inhabitants, there is sure to be an activity to suit every need. Address: Moneragala District, Uva Province Phone: n/a Website: n/a

Statue of the Reclining Buddha

The Statue of the Reclining Buddha in the north of the country is exactly that – a larger than life structure of the Buddha in a reclining position. Located in Polonnaruwa, one of Sri Lanka’s ancient capitals and a UNESCO World Heritage site, the statue is visited by hundreds of thousands of followers of Buddhism annually and is surrounded by other interesting landmarks, such as a complex of royal palaces and some of the country’s best museums. Address: Polonnaruwa Town, Polonnaruwa District, North Central Province Phone: n/a Website: n/a

The largest complex of temples in Sri Lanka and certainly the best preserved, the Dambulla Cave Temples are an important part of the country’s history and provide a great deal of information about the region’s Buddhist heritage. Within the caves are sheltered over 150 ornately constructed Buddha statues in several different positions, as well as many ancient paintings and murals which depict Buddha and his life. A trip to the cave temples makes for an interesting excursion and if the historical element isn’t enough, the view of Matale District from the caves is breathtaking. Address: Dambulla Town, Matale District, Central Province Phone: n/a Website: n/a

The archeological museum in the UNESCO World Heritage site of Polonnaruwa is one of the best in Sri Lanka. Starting at one end of the museum, visitors are encouraged to enter several rooms which focus on a particular period in the region’s archaeological history. From the temples and monasteries to the ancient Hindu monuments and traditional bronze instruments, this museum leaves no stone unturned. After visiting the museum, tourists can walk behind the building to explore many of the ruins and archaic structures which are highlighted in the museum itself. Address: Old Town, Polonnaruwa Phone: n/a Website: n/a

Click here for Food and Restaurants in Sri Lanka