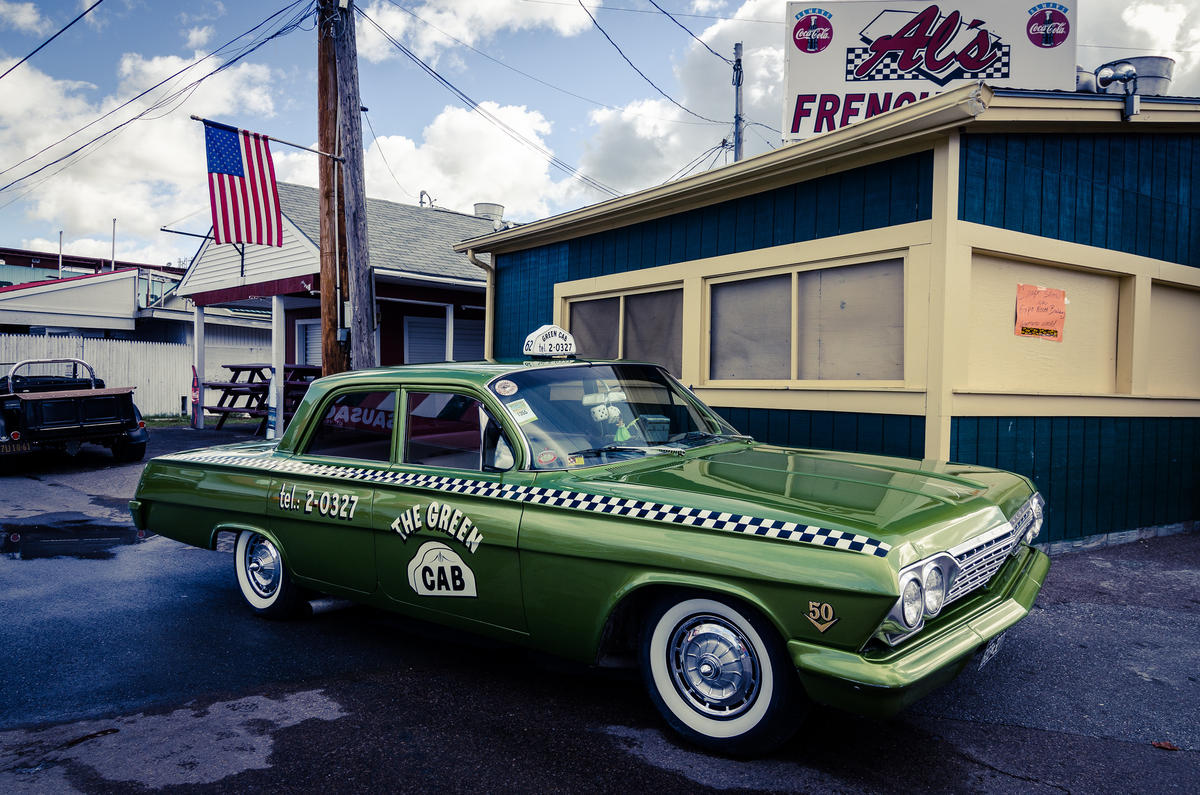 Vermont is one state where you will want to have a car, and preferably a fun, comfortable one because a huge attraction here is simply cruising around the countryside. Aesthetics aside, without a car you won’t be able to get anywhere or see anything. Vermont is a fairly isolated place and public transport between towns is lacking. Car rental is best arranged right at the airport so that you can begin saving on transport costs immediately.

Should you need a taxi, you’ll only find them in a couple of towns like Burlington and Montpelier. Some taxis use a meter to determine the fares, while others simply have fixed rates. In Burlington, try Green Cab (+1-802-864-2424), an environmentally conscious cab company whose entire fleet runs on alternative fuel. In mountain villages like Stowe, you can find cab companies like Blazer Cab (+1-802-349-4269) that mainly ferries passengers between the village and the ski hill. Be sure to carry a phone number around because Vermont cabs can’t be hailed in the street.

Two Amtrak lines service Vermont, offering travelers with plenty of time a chance to enjoy some magnificent scenery during their journey. Fares are not particularly cheap, but the seats are spacious and comfortable, with loads of pretty countryside to soak in. The Vermonter line runs between Washington, DC, and Burlington. It stops at several Vermont towns, including Montpelier, Waterbury, Brattleboro, St Albans, and other smaller towns. The Ethan Allen Express runs twice a day from New York City’s Penn Station, with a single stop at Fairhaven, Vermont.

The Greyhound bus line has good service into Vermont from destinations all over the US. But transport within the state is fairly limited. Fares on Greyhound buses are cheap, making bus travel the cheapest option, but taking the bus is rarely convenient or comfortable. Vermont Transit Lines is a better choice for trips within the state, while the more luxurious Concord Coach Lines also has good service to small towns around Vermont.