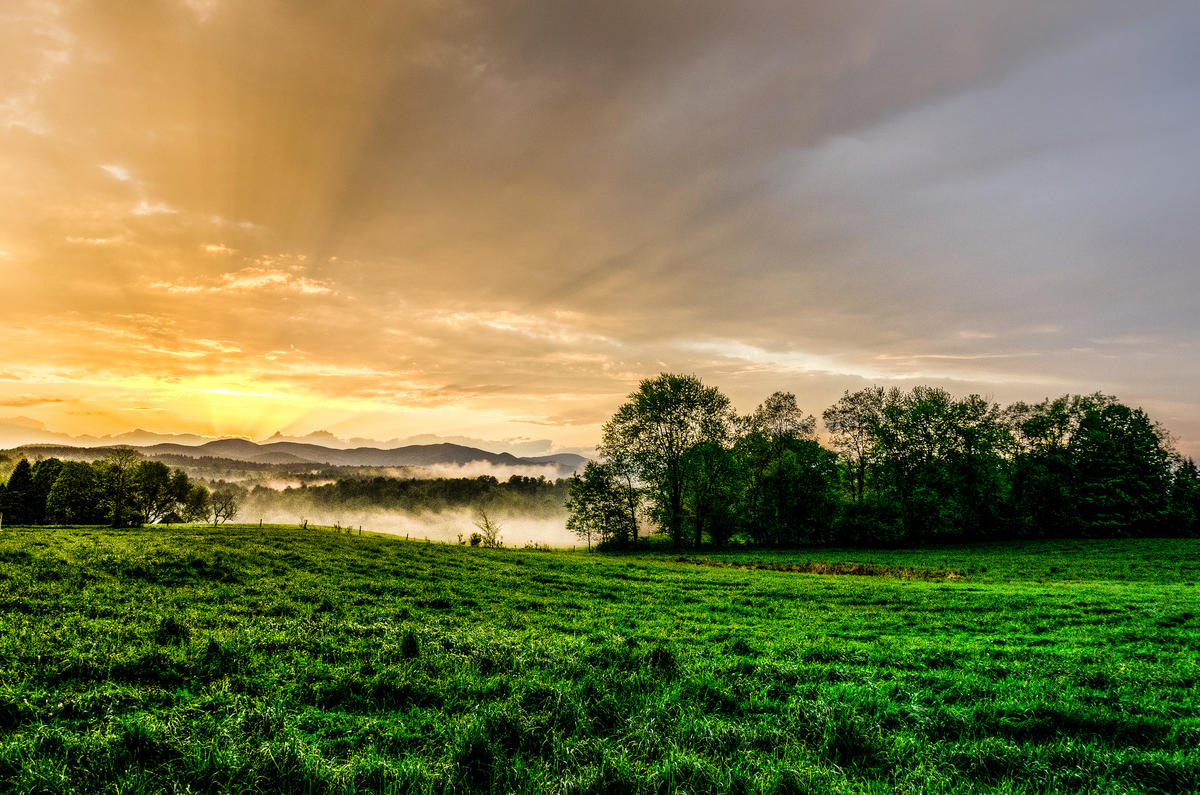 The climate in Vermont is not one of its selling points. The weather here is all over the map, with an overall leaning toward extremes in all seasons. The average annual temperature is 46°F, if that offers any indication of what to expect in Vermont. Winters are very cold, while summers can get surprisingly warm and humid in August. Spring is a brief, muddy mess, but fall stands out as a winner thanks to the turning leaves.

Precipitation falls regularly and evenly throughout the year, with a peak during the summer months. Summer highs average around 80°F between June and August, with frequent spells of rain. This is a pleasant season in Vermont, mainly because it’s finally warm enough to enjoy the outdoors without bundling up. Fall starts early in Vermont, with lovely 70°F weather in September that sees drops into the upper 50s (°F) by October. The leaves usually peak around the middle of October, luring thousands of visitors who clog up the country roads.

Winters in Vermont are a serious matter. They are invariably cold, but can either be wonderfully white and snowy or painfully wet and icy. Between December and February, the mercury rarely makes it out of the 30s (°F), though this is also the season when the least amount of precipitation falls. In the Northeast Kingdom region, conditions are even colder and snowier. Spring in Vermont comes late and typically lasts just one or two weeks. The weather doesn’t really perk up until the end of May, with daytime highs in the 60s (°F). But the melting snow and ice create a muddy mess until things dry out in June.

Most people would argue that the fall is Vermont’s crowning moment. September is a lovely month for temperatures but the leaves don’t peak until October. The changing of the leaves is a truly beautiful sight throughout the state but Vermont’s fall colors are no secret so you’ll have to deal with traffic jams on the country roads and hordes of tourists in all the towns. Summer is also a high point in this state, when the mountain trails open up and outdoor recreation is at its best. This is also a busy season in Vermont, so if you want to find any real deals on hotels, you need to visit in the winter or spring. April and May are reliably good months to find half price room rates.