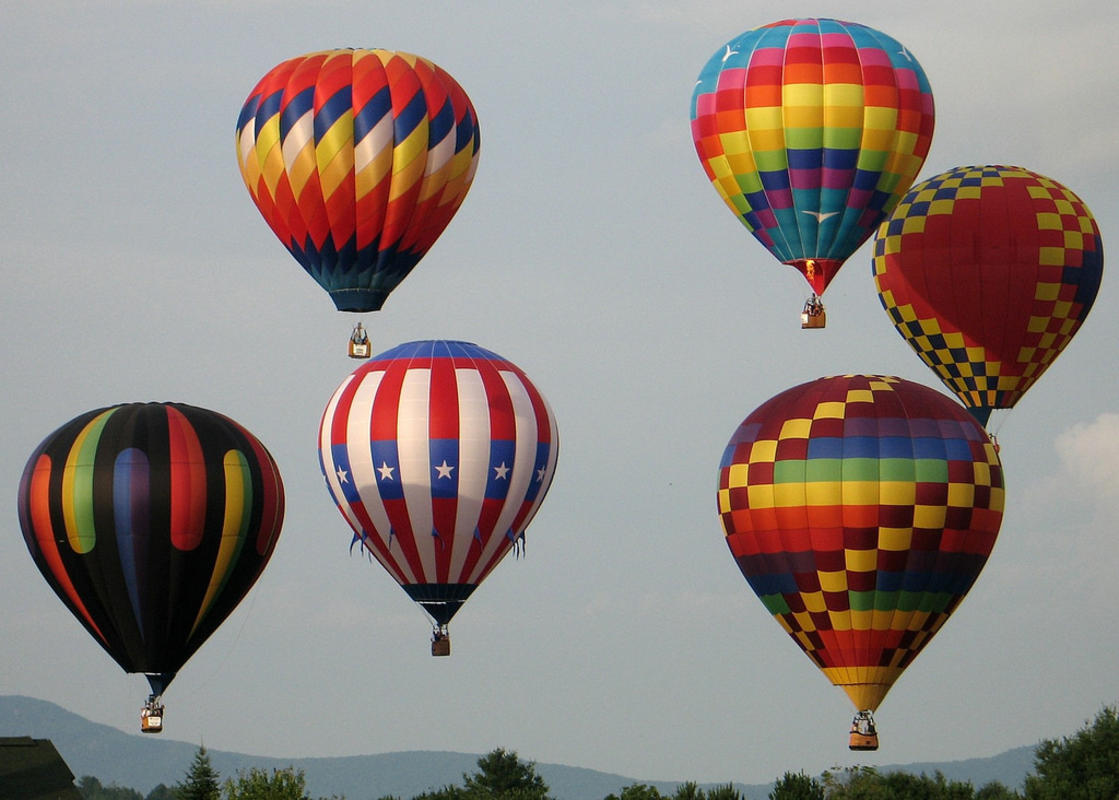 When Vermont’s brief but glorious summer arrives, the festivals roll around like clockwork. Every town of note in the state has at least one or two local festivals highlighting their culture and craftiness. Music, food, and art seem to be required components of every Vermont event so even the smallest village party rarely disappoints. There are even a couple of events in the dead of winter like Brattleboro’s Winter Carnival to liven up the long dark winters. Vermont holidays also embrace U.S. traditions like Thanksgiving and Halloween.

For 10 days every February, the town of Brattleboro shakes off the winter blues with a huge sporting and entertainment festival. Competitions involving snow sports and activities are a highlight, as are the entertaining performances and other fun events like a parade, a beauty pageant, and a fireworks show. It’s free to come and loads of fun!

Woodstock’s lovely Stoweflake Mountain Resort hosts Vermont’s top hot air balloon festival every July over a long weekend. More than 25 colorful balloons do mass ascensions in the morning and evening, tethering themselves to the lush green valley for folk to admire. Most balloons are available for rides during the day, while live music, a beer garden, food, and kids’ activities create a fun vibe on the mountain.

One of the musical highlights of Vermont’s summer is this six-week festival that runs from mid-July to mid-August. Talented musicians from all over the country converge on the little town of Marlboro, outside of Brattleboro, to perform a running series of classical music concerts. This prestigious event has been happening since 1951 and the performers are always well worth seeing.

One thing Vermont is good at is arts and crafts. The entire state seems to be populated with talented, crafty artisans and this major event in the village of Hildene near Manchester is a big deal. Around 200 artisans from around Vermont showcase (and sell) their work each August. Tasty local food and live music round off this fun, cultural festival in southern Vermont.

Every September, the charming resort town of Stowe transforms its Jackson Ice Arena into a little slice of Bavaria. This three-day weekend showcases Bavarian music, dancing, food, and loads of beer. The parade is a centerpiece of Stowe’s Oktoberfest, and loads of kids’ activities fill the day so that the adults can play.