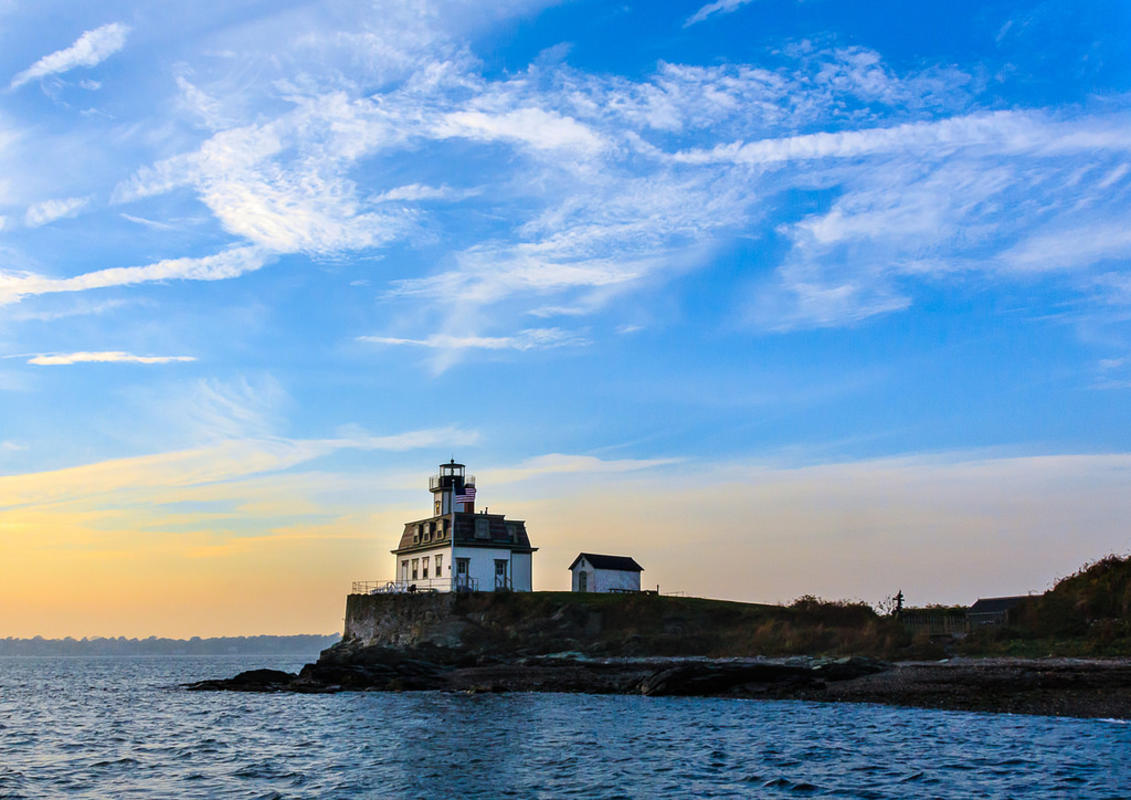 The climate in Rhode Island is heavily influenced by its location on the Atlantic Ocean. The state is far enough north that conditions are generally mild to cold throughout the year, although humidity levels are relatively high. Thanks to the proximity of the Atlantic, nearly all of the state is a little bit warmer than interior New England.

Summers are the nicest season because the temperatures are at their warmest, perfect for the beaches and the water. July tends to be the warmest month, yet only averages daytime highs of around 80°F. There is always a handful of days when the mercury gets up to 90°F but, in general, expect weather in the 70s and 80s (°F) from June to August. Winters get quite cold in Rhode Island, averaging 40°F between December and February. Snow is certainly possible in winter, even along the coast.

Rhode Island gets about the same amount of precipitation every month. Summer is slightly drier than the spring, which is the rainiest season. The occasional winter storm can even deliver blizzard conditions to the state.

Anytime from May to October, the weather in Rhode Island is going to be at its best. The peak of summer, July and August, is the most popular season due to the warm air and sea temperatures that make the beaches very pleasant. Travel plans for anywhere along the coast during summer should be made well in advance, as Rhode Island is one of the most popular holiday destinations in New England. Expect to pay high rates for hotel rooms during this period and deal with crowds in towns like Newport and Narragansett.

If you want to experience Rhode Island without the throngs of tourists, plan a trip around the edges of summer. May and October are both lovely months, though perhaps a bit cool for swimming at the beach. Daytime highs are still very pleasant, averaging 70°F in May and 65°F in October. You can often find very good rates on hotels during these months, as well as over the winter when tourism all but stops.

Click here for Festivals and Events in Rhode Island