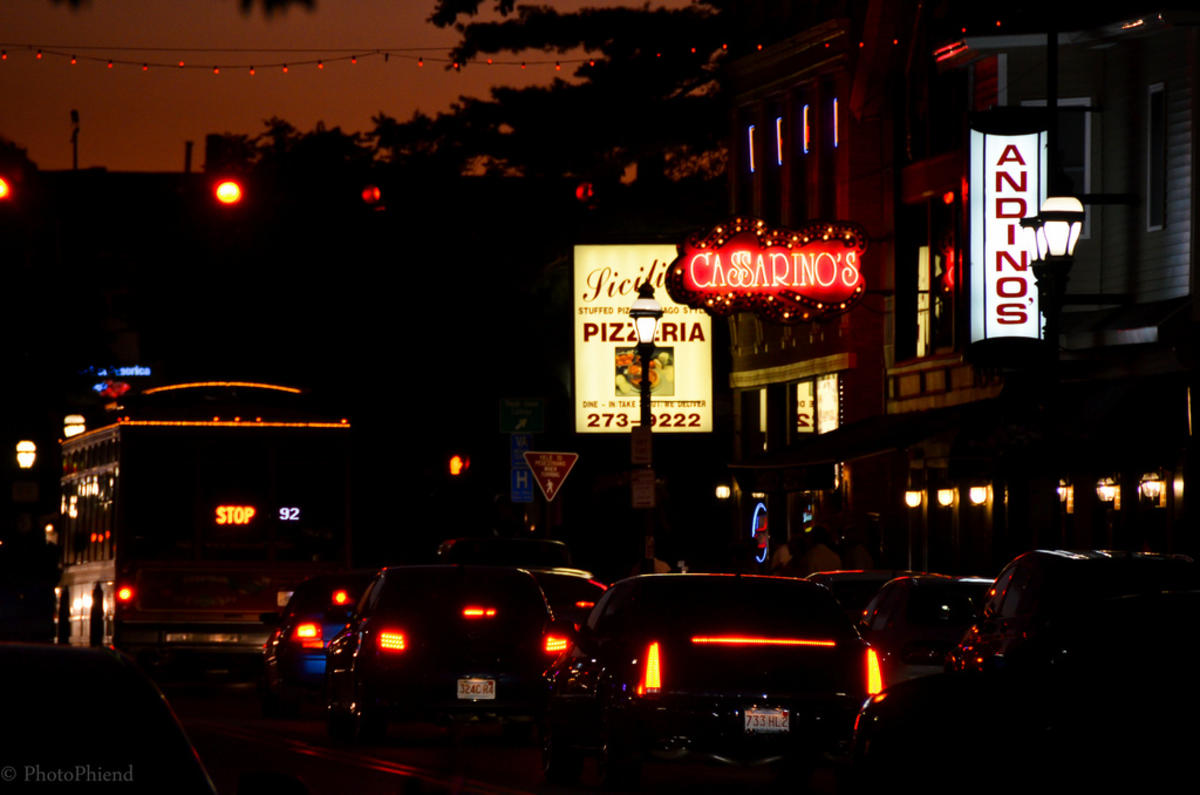 Nearly all of Rhode Island lies along the Atlantic Ocean, so it’s only natural that seafood plays a big role in the local cuisine. From Newport to Narragansett, you will find some of America’s freshest seafood restaurants. Choose from humble clam shacks or five-star eateries and indulge in the amazing clam chowders, lobster bisques, and other specialties. Rhode Island also has a fun nightlife scene in the larger towns like Providence and Newport.

Bars and Pubbing in Rhode Island

There are really just two cities in Rhode Island where you can expect to find a range of nightlife options. Posh little Newport has a great selection of bars and taverns with maritime ambiance and live music. You won’t find many nightclubs here, but dancing is common when a band is playing. For live music, you can’t go wrong with the Newport Blues Café (286 Thames St, Newport) or The Red Parrot (348 Thames St, Newport). Thames Street is the main hub for Newport’s nightlife, with plenty of different venues to work with. The waterfront deck at H2O (359 Thames St, Newport) is a great place to watch the sun go down with a cocktail, while sports fans can head to Mudville (8 W. Marlborough St, Newport), the town’s resident sports bar.

The Rhode Island capital, Providence also has a great nightlife scene. The historic downtown district is full of bars, brewpubs, and music venues. You can catch live jazz and blues five nights a week at Hi-Hat (3 Davol Square, Providence), or local bands at Lupo’s Heartbreak Hotel (79 Washington St, Providence). The craft beers at Trinity Brewhouse (186 Fountain St, Providence) are among the best in the region. Even the smaller towns, such as Narragansett, have a handful of friendly bars for a drink on the coast. Head to Charlie O’s Tavern on the Point (2 Sand Hill Cove Rd, Narragansett) for a sundowner with the locals. Bars in Rhode Island tend to close at 1:00 a.m. on weekdays and 2:00 a.m. on weekends.

Dining and Cuisine in Rhode Island

Eating is one of the great pleasures of any trip to Rhode Island. You can find ramshackle clam shacks and family-friendly seafood houses in every town, especially along the South Coast. Clam chowder is a specialty of the state, with three different varieties to choose from. Clam cakes and quahogs (stuffed clams) are also menu highlights. In Providence the state’s immigrant population is apparent, with amazing Italian cuisine in its Federal Hill District at restaurants like Cassarino’s (177 Atwells Ave, Providence).

Newport has so many amazing restaurants you could write a book on it. You can easily drop US$200 on a dinner for two at high-end places like the Castle Hill Inn (590 Ocean Ave, Newport), but there are plenty of affordable restaurants as well, such as The West Deck (1 Waites Wharf, Newport) and Canfield House (5 Memorial Blvd, Newport). The Clarke Cooke House (1 Bannisters Wharf, Newport) is another Newport institution, not to be missed if you want to splurge.

Click here for Food and Restaurants in Rhode Island