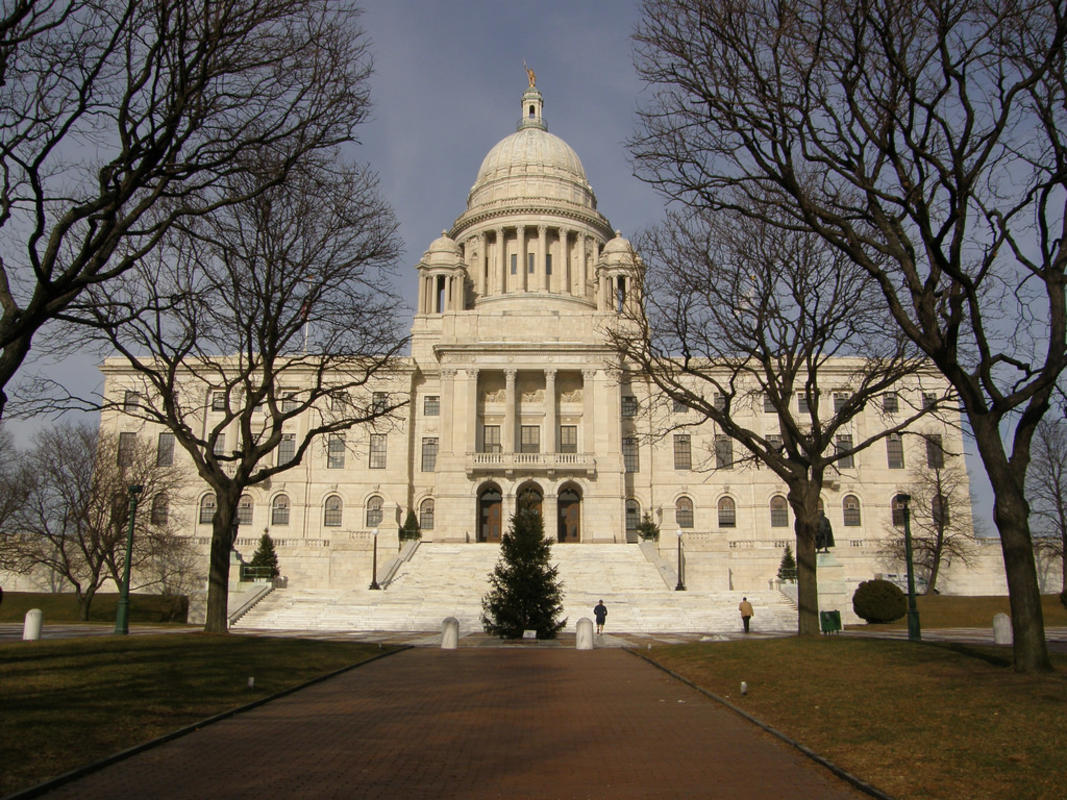 As one of the very first colonies in America, Rhode Island has a lot of interesting history behind it. Created as a haven for religious freedom, the state went on to be first in line to declare independence from the British, and was the location of America’s first industrial scene. When the nation’s early elite discovered the beauty of Rhode Island summers, they built grand mansions in Newport. Today, tourism is still a big part of the economy.

Before Europeans arrived in Rhode Island, the land was completely inhabited by Native American tribes like the Narragansett, Pequots, and Wampanoag. Disease and fighting killed most of them in the early years, allowing settlers to move into the region without much interference.

After Roger Williams was evicted from the Massachusetts Bay Colony due his religious views in 1683, he founded the colony of Providence on the tip of Narragansett Bay. Williams envisioned a place of total religious freedom, which attracted many other religious dissidents in the following years. Portsmouth, Warwick, and Newport were the next settlements to emerge in the area.

Although Roger Williams kept good relations with the natives at first, over time things became strained, resulting in the 1675 King Philip’s War. King Philip was the nickname given to the leader of the Wampanoag tribe. He waged war against the settlers but was eventually killed.

Rhode Island was the first colony to officially declare independence from Britain, and one of the original instigators of rebellion against the king. But the colony was undermined by Loyalists in Newport who let the British take over. The Battle of Rhode Island in 1778 was a major failed attempt to eject the invaders.

In 1790, Samuel Slater, known as the Father of the American Industrial Revolution, established America’s first textile mill in Pawtucket. Rhode Island quickly emerged as one of the nation’s most industrialized states, a heritage still celebrated in Pawtucket. The next big shift in Rhode Island was towards tourism. Many of America’s wealthiest families built their summer mansions on the coast of Newport in the 19th century. This sparked a huge tourism boom along the coast, centered in Newport, which remains the state’s main travel destination and key tourist attraction.

Rhode Island is one of the few states in America where everyone seems to known everybody. The entire population of one million maintains this sense of small-town familiarity, and the easy-going attitude is very infectious to visitors. Travelers can expect one of the warmest and friendliest welcomes in America when they visit Rhode Island.

Summer is when the state really blossoms. Tourism makes up a huge part of the local economy, particularly for the coastal towns. There’s a discernable boost in the happiness factor, with festivals every weekend and residents hitting the bars and restaurants just as frequently as the tourists. If Newport seems a bit too blue blood for you, simply head south to the quiet historic villages of Watch Hill and Narragansett, where the atmosphere is even more down-to-earth and friendly.