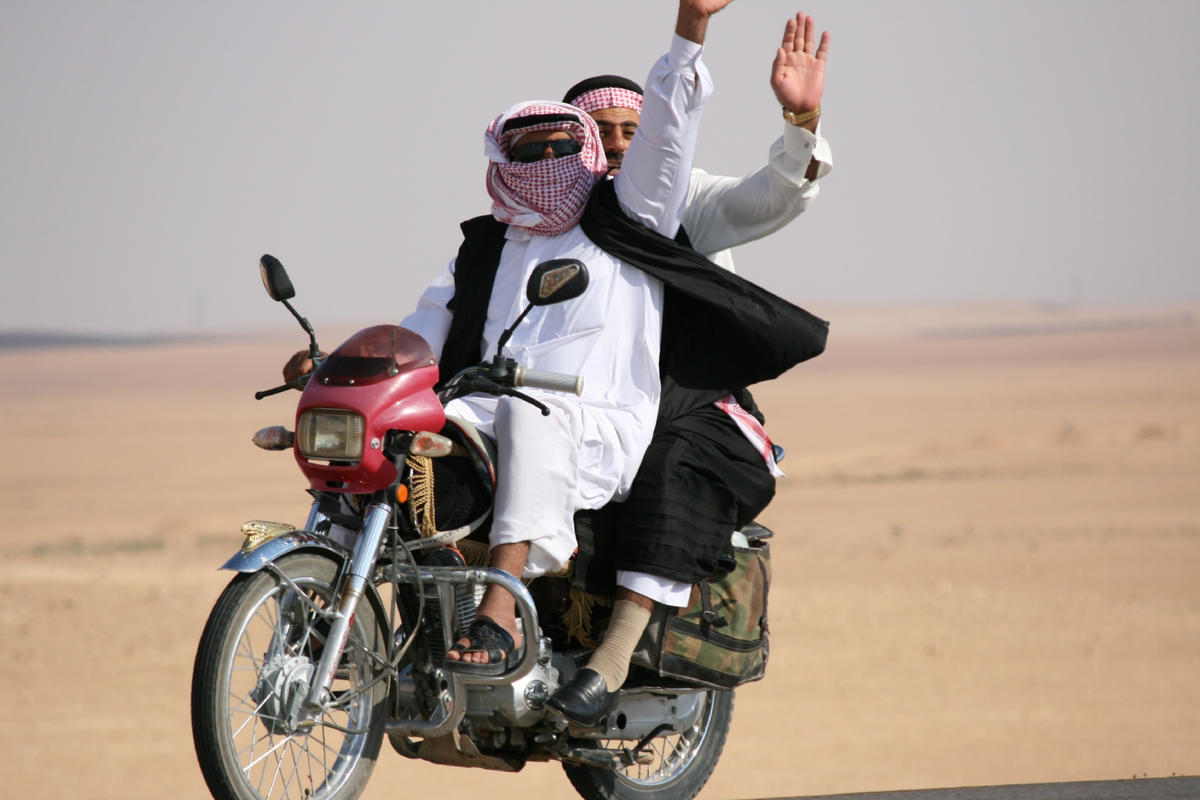 Most of the major cities in Syria offer public taxi services. Local taxis can be identified as the yellow vehicles with a large ‘Taxi’ sign on the body of the car. Local taxis can simply be flagged down from the side of the road. Licensed taxis all have meters and travelers should insist that the meter be switched on before embarking on a journey. Some times it is possible to drive without the meter and haggle at the end of a journey but often this will end up costing more. There are also a few private taxi companies which can be called at any time to make specific journeys. While such services are convenient, travelers should keep in mind that they cost significantly more.

It is possible to rent a car in most cities as several of the international companies are present including Budget, Europcar, Hertz, and Sixt. There are also many local rental agencies that offer quite competitive rates. While getting a vehicle is simple, driving on Syrian roads is often not. In the larger towns especially, congestion on the road is intense, drivers are quite aggressive and the quality of the roads is questionable to say the least.

There is an extensive network of railways in the country, measuring up to about 1300 miles, and the services are quite modern and comfortable. There are two main lines in the country. The first links the centers of Aleppo, Damascus, Hassake, Deir ez-Zur, and Qamishle. The second links the areas located on the country’s Mediterranean coast including Tartous, Banias, Damascus, Homs, and Deraa. Train services can be relied upon to be on time and to travel efficiently.

Tourists who prefer to travel by bus have a host of options at their disposal. The most popular options include shared minibus and private coaches. Minibuses or servees as they are called locally are vans with a capacity of 10 people. These vehicles generally have set routes and set fares. Passengers are permitted to make stops anywhere along this route. Travelers cannot purchase tickets before hand, instead money is passed to the front of the vehicle during the journey. Many travelers prefer the minibus option because they often go to more remote areas than other forms of transport, are far cheaper and leave more frequently.

For a more comfortable ride travelers could also take an air-conditioned coach run by one of many private companies in Syria. Coaches often make longer journeys than most of the transport between cities like Damascus ad Palmyra. Tickets can be bought from local bus stations just before departure. While there are set schedules the coaches rarely stick to them and travelers should always factor in a significant amount of waiting time.