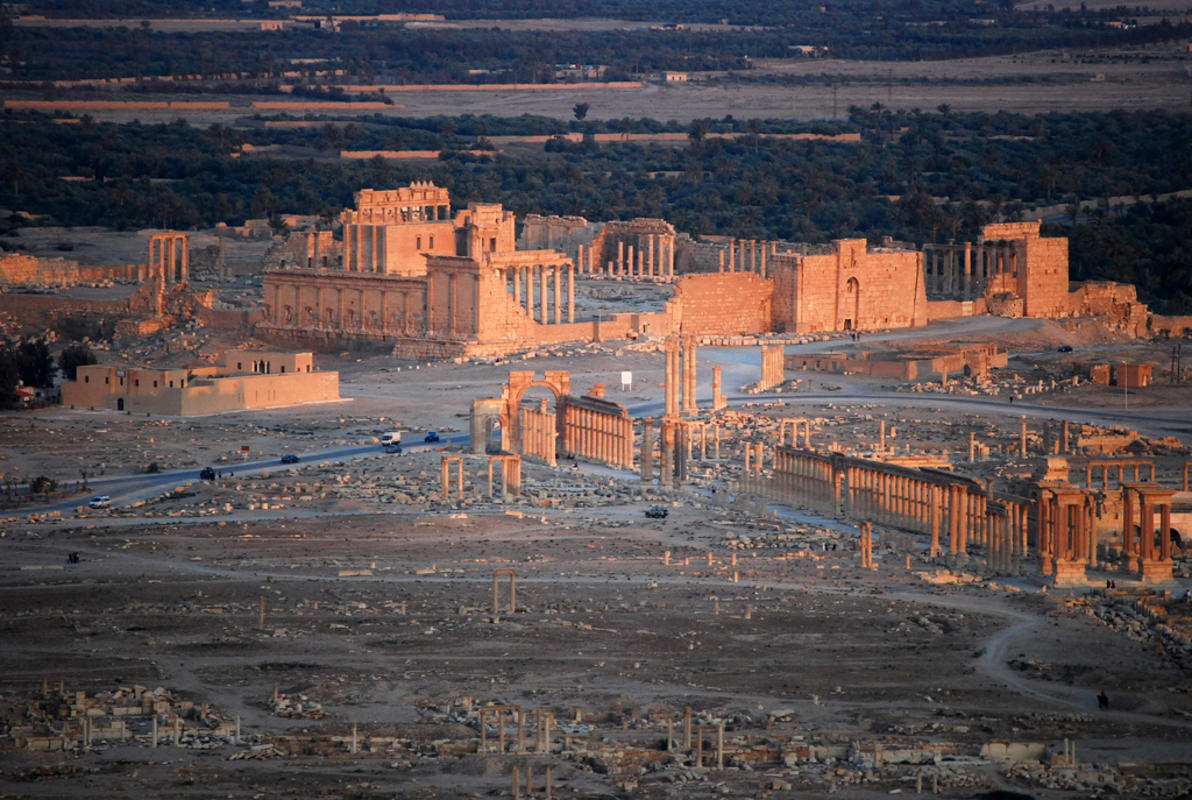 As with many countries in the Middle East, most of Syria’s landmarks and attractions are archeologically based. The region is full of history, of which tangible remnants remain for total exploration by modern day visitors. Whether travelers are interested in castles or learning more about the region’s history by walking through the ancient palaces of once great kings and queens, there is something for every interest.

Adorning the face of many a post card, the ancient site at Palmyra is a Syrian institution. The town of Palmyra is itself quite historical. Located in what can be called a desert oasis, Palmyra was once under the rule of the powerful and groundbreaking ruler Queen Zenobia who fought a great fight against both the Roman and Persian Empires. Today, visitors can walk among the many ruins of what was left after the Romans eventually conquered the area. The structures are open for exploration including The Great Temple of Bel, The Hypogeum of the Three Brothers, the Valley of Tombs and the UNESCO World Heritage site, the Monumental Arch. Address: Palmyra, Homs Province Phone: n/a Website: n/a

One of the most well-known crusader castles in the world, Crac des Chevaliers is described as the sort of castle in childhood imaginations. The greatest appeal of Crac des Chevaliers is how well-preserved it is. Many have commented that it looks almost as good as it would have 800 years ago. Built around 1100 AD to guard the only overland route between Lebanon and Turkey it was the property of the Knights of Hospitaller but became solider barracks during times of peace in the year 2000. Exploring the castle is quite an experience. The outside is comprised of 13 towers while inside boasts several courtyards, large halls and a converted mosque among other structures. Address: Kafrun Bashur, Talkalakh, Homs Governorate, Syria Phone: n/a Website: n/a

This UNESCO World Heritage site is one of the most famous in the country and a definite stop for travelers in the region. Bosra is an ancient city located in the southern area of Syria and is home to magnificent ruins from a pre-Roman civilization. First mention of the city and its ruins are in the 14th century. The most popular site in Bosra is an extremely well-preserved Roman-style amphitheater. During summer the amphitheater plays host to a series of great open-air concerts. Other interesting ruins include a few mosques, Christian churches and a few Roman-style bridges. Address: Daraa District of the Daraa Governate Phone: n/a Website: n/a

Not nearly as colossal as the Crac des Chevaliers the Royal Palace of Mari is still grand in its own right. The palace was once the residence of rulers of the ancient Eastern Syrian Mari Kingdom. Built by Zimrilim the Mari ruler at the time the palace is quite expansive, covering an area of about six acres. Within the compound are a whopping 300 rooms and common rooms the ruins of which are open to be explored by the public. Travelers interested in the ancient history of the region will appreciate this opportunity to walk in the footsteps of those who have gone before them. Address: Mari, Deir ez-Zor Governate Phone: n/a Website: n/a

Aleppo is a wonderful Syrian city, being older than Damascus and home to several interesting ruins and structures. One of the more popular landmarks in Aleppo is the citadel, a huge fortified palace, which is located on what once was a Hittite acropolis. After Crac des Chevalier this is probably one of the country’s most impressive structures. A great example of Islamic architecture the citadel is one of the international community’s oldest castles. The structure literally cannot be missed, elevated more than 160 feet above the old city. Address: Hawl Al Qalaa Street, Aleppo Phone: n/a Website: n/a

If there is only one museum in Syria that travelers are planning to visit it should definitely be the National Museum of Damascus. Not only is this one of the most impressive museums nationwide, but also the most important. No other museum provides as much contextual information about the country’s ruins as this one. If travelers are planning on doing an archeological tour this should be the first stop. The museum is thematically structured and exhibits are displayed in groups of pre-classical, classical and Islamic eras. There is also an adjacent gift store which sells great information pamphlets and booklets about the various sites.  Address: Shoukry Al-Qouwatly, Central Damascus Phone: +963-11-221-9938 Website: n/a

Perhaps the longest standing tradition in Syria is that of the steam bath or, as it is locally know, the hammam. Unsurprisingly there are hammams all over the country with many larger cities displaying one on each corner. The most famous hammam, which is still operational but has become more of a landmark of late, is Yalbougha an-Nasry. Travelers can opt to only look around or even get one of the famous massages and body scrubs. Address: Near Hawl Al Qalaa Street, Aleppo Phone: n/a Website: n/a