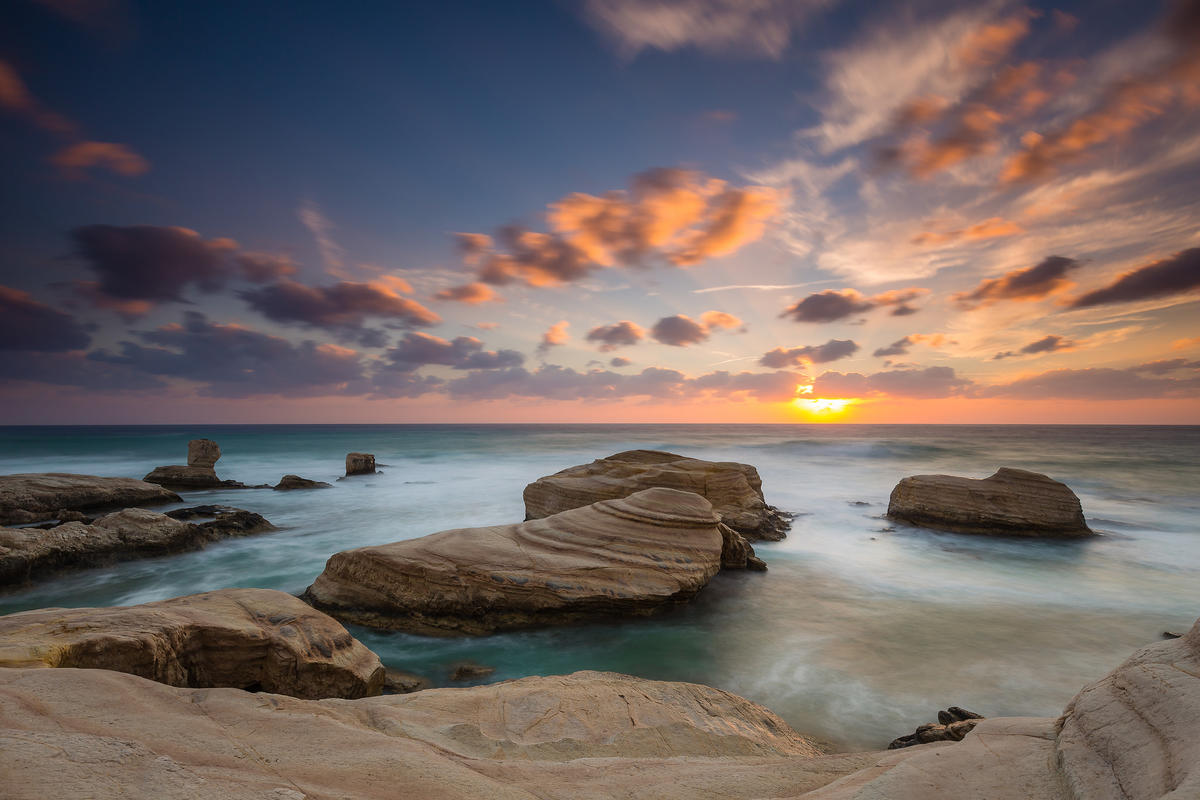 The climate of Cyprus is split into two regions, semi-arid in the northeast and subtropical Mediterranean on the rest of the island. Coastal areas mainly see warm to hot summers and mild, pleasant winters, with late spring and early fall still good times to visit for a beach vacation. Summers are generally dry, with most rainfall occurring in the winter months. The central Troodos Mountains have enough snow in to offer a short ski season.

Cyprus has the warmest year-round weather of all the European countries, with annual average daytime coastal highs reaching 75°F and nighttime averages of 57°F. The vacation season runs from April through November, with temperatures going from 72°F in the early months to 91°F in July and August and back down to 72°F in November. Even in the remaining four winter months, highs of 68°F aren’t uncommon. Sea temperatures are equally welcoming, with 63°F in February getting all the way up to 82°F in the high season.

Sunshine hours along the coastline vary from five to six hours in December to 12 to 13 hours in July and August. In the interior, weather depends mainly on altitude, with cold, often freezing winters on the peaks and hot summers in the valleys. The inland weather is less stable than its coastal equivalent. The arid northeasterly region receives little rain and in general, humidity isn’t a major problem, with 65 percent the average. Spring winds blow for a few days from Africa, bringing sand from the Sahara and Arabian deserts that reduces visibility.

Cyprus’s weather make the island an all-year-round destination, although high season accommodation and flights April-November are much more expensive than early spring and late fall. The large number of low-cost flights to the island during the eight-month vacation season may give a visitors a chance to find special offers or discounts, but winter travel is often still the cheapest and mostly restricted to full-service carriers.

Click here to learn about Festivals and Events in Cyprus