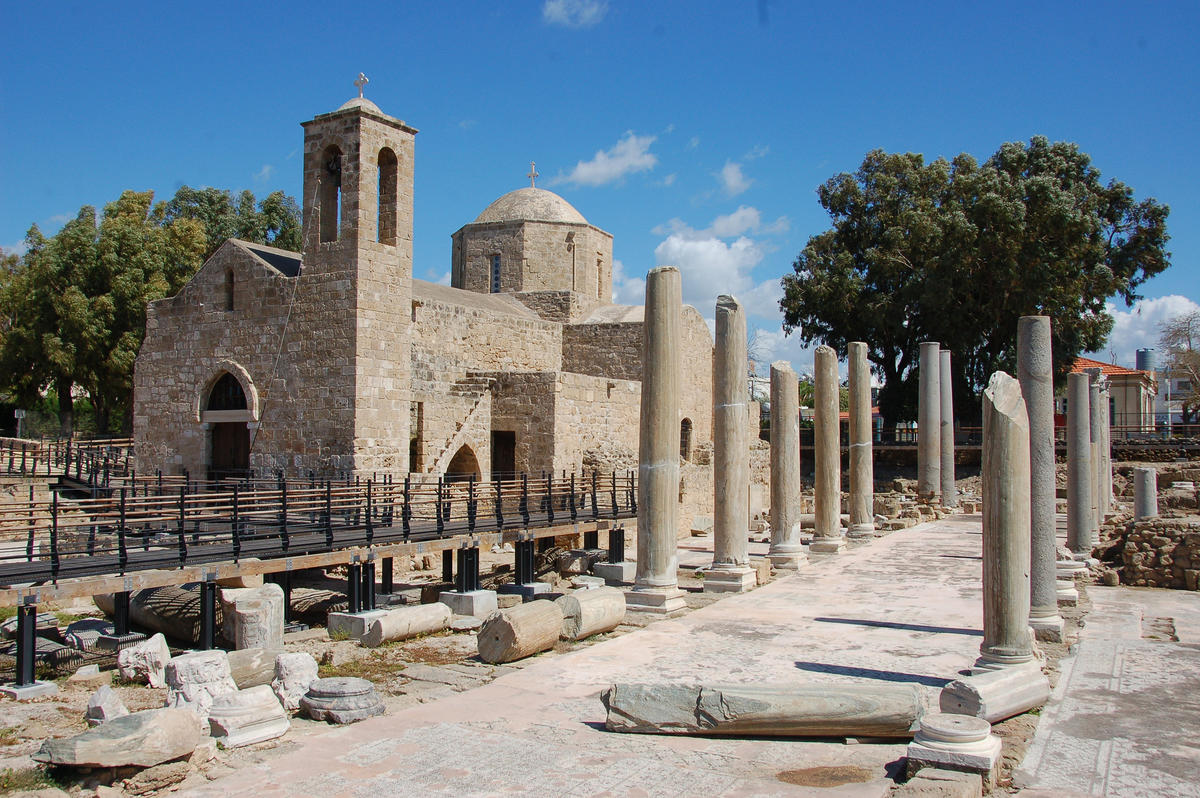 Cyprus has a rich, turbulent history and heritage harking back over 3,000 years due to its strategic position between Asia, Africa and Europe. Many major imperial powers since Rome have held the island at some point, with the Ottoman occupation doing the most damage to its people and economy. Its cultural roots are extensive, and embrace every ethnic influence from it’s many changes of ownership.

The island of Cyprus has been occupied since prehistoric times, as witnessed by the Neolithic village of Khirokita, now a UNESCO World Heritage site. Mycenaean Greeks arrived 3,000 years ago after their empire collapsed, and sparked the island’s Greek character and links to mythology. Three empires in succession, Assyrian, Egyptian and Persian, ruled the island between 708 and 545 BC, followed by Alexander the Great’s forces and Ptolemaic Egypt. By 58 BC, Cyprus was part of the Roman Empire.

After Rome fell, Cyprus came under Byzantine rule until the 12th century, when it was captured by England’s King Richard I. Almost immediately, the king sold it to the powerful Knights Templar, who passed it on to Guy de Lusignan, with Lusignan’s brother becoming the first King of Cyprus. In the 15th century, Venice assumed control and fortified Nicosia, Famagusta and Kyrenia against Ottoman attacks, with the walls still standing today. Frankish nobles, Italian merchants and Hellenized Cypriots lived uneasily side by side for almost two hundred years.

Seeing the power of Venice declining, the Ottoman Empire mounted a successful full-scale attack in 1570 and abolished the feudal system. Its rule ranged from oppressive to indifferent and by the time the Ottomans had weakened, Cyprus’s economy was in shreds. In 1828, mainland Greece’s first president called for Cyprus to join Greece, leading to uprisings by both nationalities on the island. By the end of the 19th century, enosis (union with Greece) had become the goal.

In 1878 the British took Cyprus as a key hub in their colonial routes, although Ottoman sovereignty remained until 1914. In 1925, it became a British colony, and remained so until gaining independence in 1960. Turkey’s immediate response pressed for autonomy of the Turkish sector, with Cypriot president Archbishop Makarios supporting the Greek side. Following 10 years of diplomatic non-solutions, a coup by the Greek military junta sparked a Turkish invasion of Cyprus leading to war.

Although combat only lasted a few days before a ceasefire, 30,000 Turkish troops landed around Kyrenia and Nicosia and a successful second invasion begun a week later. By the next ceasefire, 37 percent of Cyprus was in Turkish hands and 180,000 Greek homeowners had been displaced. In 1983, the Turkish Republic of Northern Cyprus was declared, still to this day only recognized by Turkey itself. Although Cyprus is now an EU member, the situation remains unresolved.

Culture in Cyprus is divided between its two ethnic halves, both with distinct attributes and religions which remain completely separate from each other. The late arrival of the Turkish in 1570 compared with more than 2,000 years of Greek influence gives little chance of union in the future. The strengths of Greek culture rest on music, dance, poetry, visual arts and pride in a long, troubled heritage, shown in traditional celebrations and festivals linked with Greek Orthodox saints’ days and similar events.

Prior to the events of 1994, Greek and Turkish Cypriots lived together in villages and shared celebrations and community events. Since then, the two communities have been effectively isolated from each other, although there are many things still in common due to more than 400 shared years before partition. Families are the most important loyalty, and hierarchy related both to age and position is essential in both Islam and Orthodox Christianity.