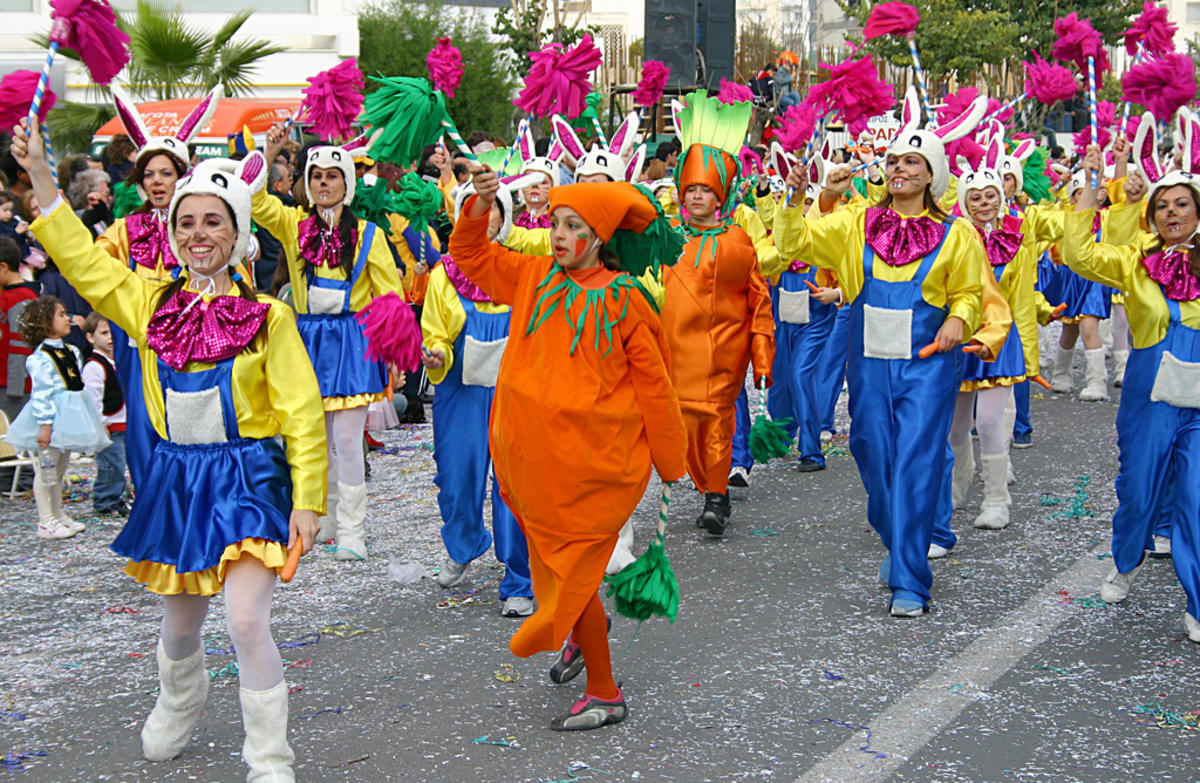 Cyprus holidays and festivals are based on legend, history and religious occasions, with some originating several millennia ago. Cypriots love to party, with every town holding Carnival just before Lent. For Orthodox Christians, Easter is the premier religious event, even more important than Christmas and celebrated for a full week.

Held in January, the Feast of Epiphany is one of Cyprus’s most important Orthodox celebrations. Called the Festival of Light, it’s symbolic of the rebirth of the human race and is the day when the demons and evil spirits which arrived on Christmas are chased out of villagers’ homes by the local priest’s sprinkling of holy water.

Almost all towns in Cyprus hold pre-Lent carnivals in late February/early March, with Limassol’s the most ostentatious. For two weeks, parades, masquerades, feasts, and street festivals can be enjoyed.

Easter in the Greek Orthodox religion is a joyous occasion celebrated for a week in April with masses, parades of images and holy relics, and beautifully-painted Easter Eggs. After Easter Saturday’s midnight candle-lit mass, effigies of Judas are thrown into bonfires. Easter Sunday sees outdoor meat roasts and all-day festivities.

Spring in Paphos is welcomed in with the May flower festival, a traditional celebration going back two thousand years held in honor of the god, Dionysus. Magnificent floats decorated with fragrant flora parade from Poseidon Avenue to the Old Harbor and streets and homes are decorated with beautiful blooms to celebrate man’s rebirth in Cyprus.

Held during May and June, this music festival is much-loved by fans of classical and modern genres and attracts internationally acclaimed artists, as well as hordes of concert-goers. Set in the beautiful, 13th century Bellapais Abbey with its exceptional acoustics, the performances begin at 9:00 p.m. and sell out fast.

Kataklysomos Festival of the Flood

Derived from ancient Hellenistic ceremonies honoring Aphrodite and Adonis, the Kataklysomos Festival in Cyprus coincides with Pentecost in June and is held over five days. The most spectacular celebrations are in Larnaka, with a grand procession that winds down to the seashore and ends with a communal water-splashing.

The unique experience of watching plays by the Hellenistic masters in a traditional Roman amphitheater is the highlight of a Cyprus vacation for many. The festival runs from June through August and, although the plays are performed in Ancient Greek, it doesn’t seem to matter to the international audiences as the action is easy to follow.

The first week of September sees the ever-popular Limassol Wine Festival, a celebration of vintners from all over Cyprus. Held every night in the town’s Municipal Gardens, the tastings are free and there are traditional dance and music performances, as well as street theater.