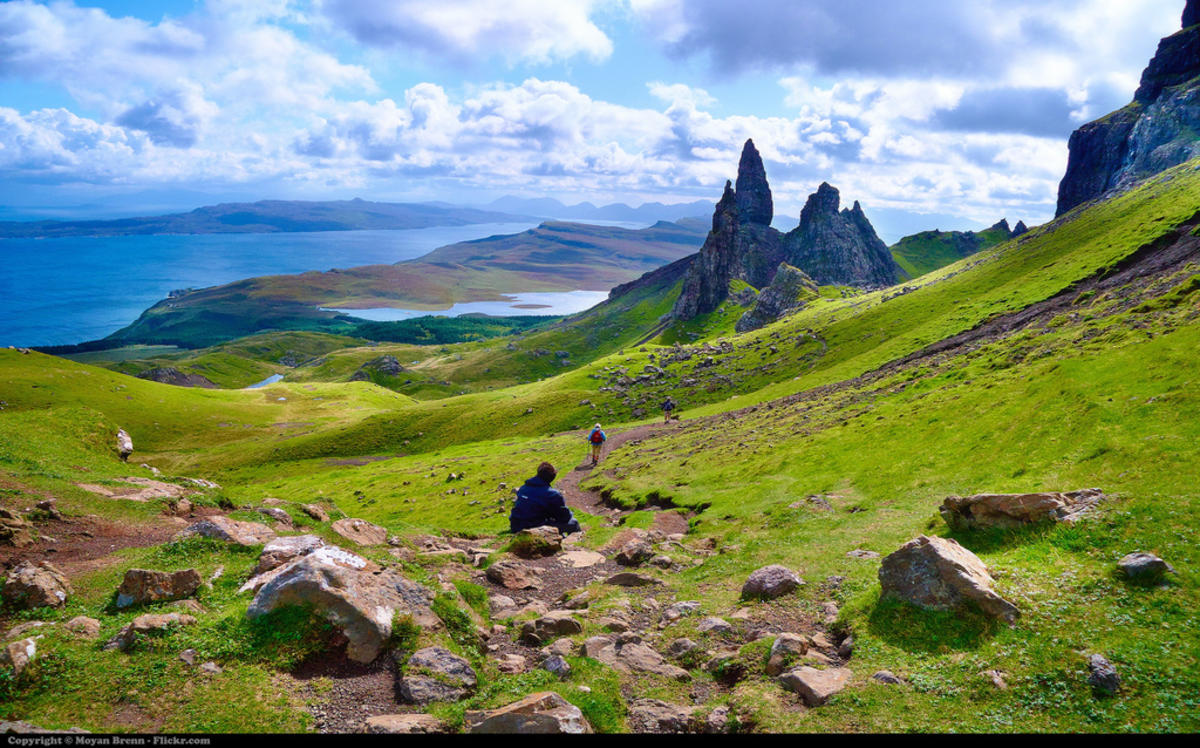 Scotland’s climate is considered as temperate and oceanic, giving milder winters and wetter, cooler summers than many countries along the same latitude due to the proximity of the Atlantic Gulf Stream. However, Scotland is generally far colder than the rest of the UK, with the lowest temperature recorded at -17˚F in the Grampian Mountains. Temperatures vary considerable according to altitude and topography, with the lowlands winter averages around 42˚F and 64˚F in summer.

The Western region is normally warmer than the eastern part of the country as it’s closer to the Gulf Stream, with the eastern shores subject to the influence of the colder North Sea. Scotland’s sunniest place is Tiree, an island in the Hebrides chain, with an average of over 250 hours of sunshine per month. The wettest region is the Western Highlands, with annual rainfall of around 3,000mm, while the rest of the country sees less than 800mm a year.

Heavy snowfalls are usual in winter in the Highlands, but far less common at lesser altitudes and in the Lowland region. Weather in the shoulder months of May and September is typically pleasant and slightly cooler than summer highs. January and February are the coldest months, with daytime highs of around 45˚F, and summer highs in July and August sit around 66˚F.

Scotland’s high season runs from May to September, with accommodation and flight charges rising with the temperatures. One bonus of arriving in high summer is the long daylight hours, with sunset in June and July as late as 22:00. From October to early April, most attractions are shut and traveling around can be tricky in the Highlands when the winter weather closes in. Ferry services during the low season are especially affected by weather conditions.