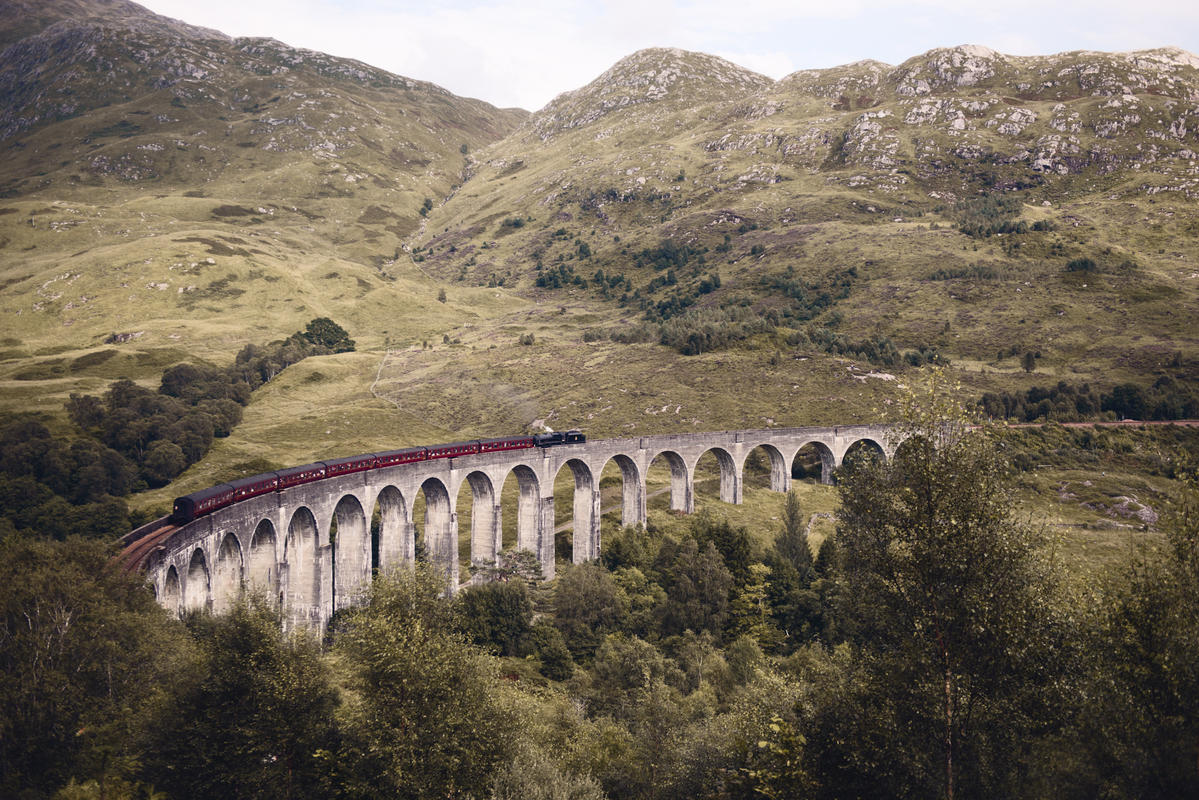 Scotland’s generally excellent public transportation system falls short when it comes to remote or rural destinations, making car rental the best option for traveling off the beaten track. Roads across the country are in good condition, except in winter, but the motorways linking the major cities are rarely closed by snow. All the major international car rental companies operate here, and car rental is easily arranged. For winter driving, winter tires and snow chains are needed at altitude.

Taxi travel in cities is convenient, comfortable, and reliable, although somewhat expensive. All taxis are metered and can be hailed on the street, at ranks or booked ahead by phone, and drivers know the area’s they serve well. Edinburgh has black cabs similar to those in London, and fleets of pre-bookable minicabs. City Cabs (+44-131-228-1211) and Edinburgh Taxi (+44-131-610-1234) are both reliable.

If you’re planning to visit the Scottish Isles, a ferry trip is the best way to go for whale, seal, and dolphin sightings along the way. The Inner and Outer Hebrides are reached from the Firth of Clyde and overnight ferries run from Aberdeen Harbour to Orkney and Shetland, taking around 12 hours. Smaller ferries link the islands in the three archipelagos, giving visitors the opportunity to roam uninhabited rocky centers of wildlife.

Scotland’s rail network is run by Transport Scotland and is based on the East and West Coast main lines which connect the major cities and towns with destinations across England. Branch lines connect smaller, more remote destinations, although the Highlands and the far northern region have fewer and less frequent services. Train travel is expensive, but gives an opportunity to view the countryside in comfort. Trains stop frequently, but journey times are short due to electrification of the major routes. A good way to get around in Glasgow is the subway system.

Traveling by bus is the cheapest way to get round Scotland, but it’s also the least comfortable and slowest. Bus travel from Edinburgh and Glasgow is unpredictable due to regular traffic snarl-ups on the Central region’s motorway network. Citylink buses are more expensive than Megabus services, which offers serious bargains if booked online well in advance. The service operates between Edinburgh, Glasgow, Dundee, Aberdeen, Inverness, and Perth. Local communities in the Highlands and Western Isles are served by PostBus, but services are dependent on the weather in winter, with frequent road closures in remote areas at altitude. Bus travel in the cities and towns is cheap, easy to use, and reliable, but services rarely run late outside of the major cities and are infrequent on Sunday.