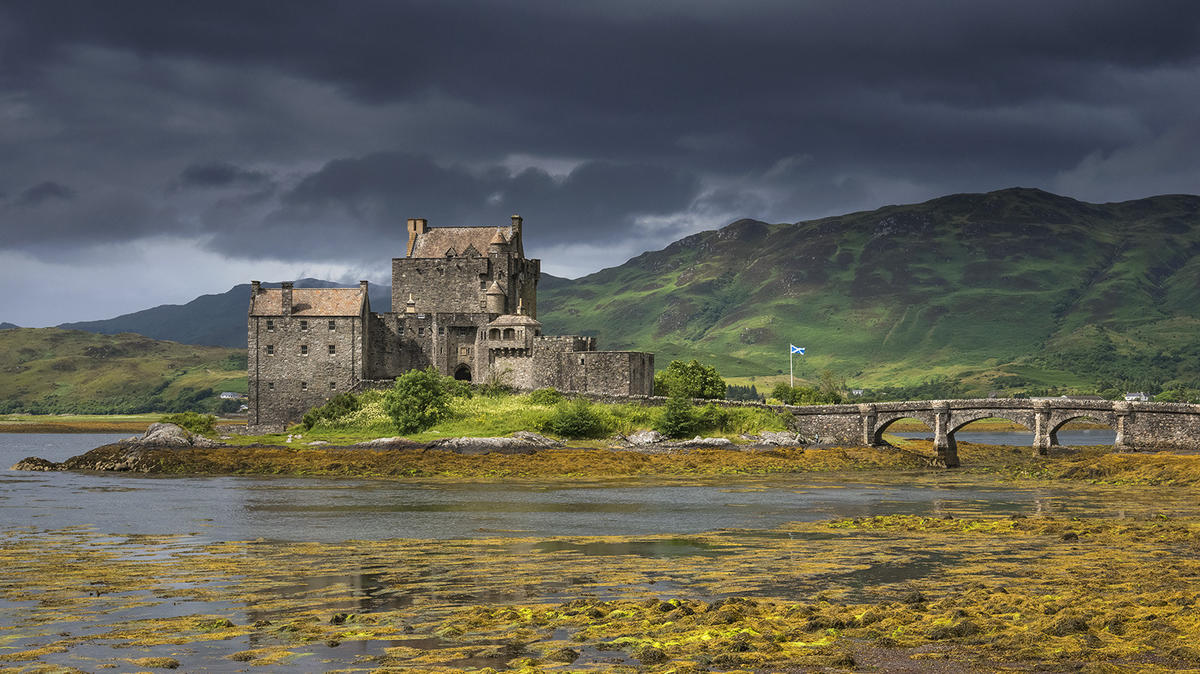 Scotland has a long and often violent history, beginning with its Celtic settlers well over 2,000 years ago and still ongoing as the strongly nationalist country debates independence from the UK. Culturally, the Scots are fiercely independent and passionate about their country and its heritage.

Neolithic people inhabited Scotland over 6,000 years ago, with well-preserved remnants of their villages seen on Orkney and the Western Isles. An early Bronze Age burial treasure was unearthed at Fortiviot near Perth, and the Celtic inhabitants in the late Bronze Age were part of a maritime trading culture covering much of Europe. The Roman invasion of England met with strong armed resistance here, even after the building of Hadrian’s Wall.

Scotland’s medieval period, the Kingdom of the Picts, began in the 6th century AD with the arrival of Pictish tribes, reputedly from Ireland, and was referred to by the Venerable Bede, a known scribe, in the 8th century. By the 10th century, the region was dominated by Gaelic culture, and regional conquests during the next 300 years saw Scotland’s borders form roughly where they are today by the 13th century.

A 200-year golden age began with the rule of King David I, an enlightened, forward-looking monarch who introduced feudalism, reorganized the government, and allowed the arrival of Anglo-French and French clergy and knights. Cultural osmosis resulted in the southern areas becoming anglicized and speaking English, while the northern regions retained the Gaelic language. At this time, Shetland and Orkney were under Viking control and remained so until the late 15th century.

By the end of the 13th century, the golden age was in its death throes, and was to be replaced by the first of many wars with England. The first Wars of Scottish Independence began in 1296 under the command of William Wallace and Andrew Moray, and in 1306 Robert the Bruce became Scotland’s king, winning the Battle of Bannockburn in 1314 and reclaiming land from the Norman-English invaders, although border skirmishes continued for several decades.

By the mid-14th century the Stuart dynasty was in power and ruled for the rest of the Middle Ages and, by the early 16th century, England was battering at Scotland’s door again through the marriage of the English king’s daughter to Scotland’s James IV who, some 10 years later, decided to support France by invading England, a fateful decision. James was killed at the Battle of Flodden, and the Scottish parliament revoked papal authority, encouraged by Presbyterian John Knox.

During the following centuries, Scotland’s precarious position as an independent state was continually threatened, and famine proved an equal threat to its people. The final battle which destroyed Scottish hopes for ever took place at Culloden, and the cruel Highland Clearances by the English military sparked the permanent migration of half the population.

By the 19th century, Scotland was an Industrial Revolution powerhouse, with shipbuilding and engineering its strengths. Robert Adam, Robert Louis Stevenson, and James Watt were giants of the period. WWI saw Scotland play a major role, losing 250,000 of its young men in the process, and after the war the Great Depression hit industry hard. By the time of its recovery in 1839, WWII was about to start, after which the economy was again hard hit by industrial disputes and overseas competition, but the lifeline of North Sea oil and gas saw a timely recovery.

For many, the heart of Scottish culture lies in the Highlands, the historic home of the clans who fought in the last, failed battles for Scottish independence in the 16th century. Each clan has its own tartan, and each clan member claimed his descent from a common ancestor. The kilt is now considered Scotland’s national dress, and is worn with pride at festivals and on special occasions. Nowadays, over 500 clans are registered, not only in Scotland but wherever Scots gathered after the Scottish Diaspora.

Unlike England, Scotland has retained its unique, traditional music, played on the bagpipes, an instrument either loved or hated by all those who hear it. Traditional Scottish dance is learnt and performed at the drop of hat all over the country, and the Highland Games encapsulate traditional shows of strength, such as tossing the caber, shot-putting, hammer-throwing, and weight-throwing.