Alderney — Things to Do 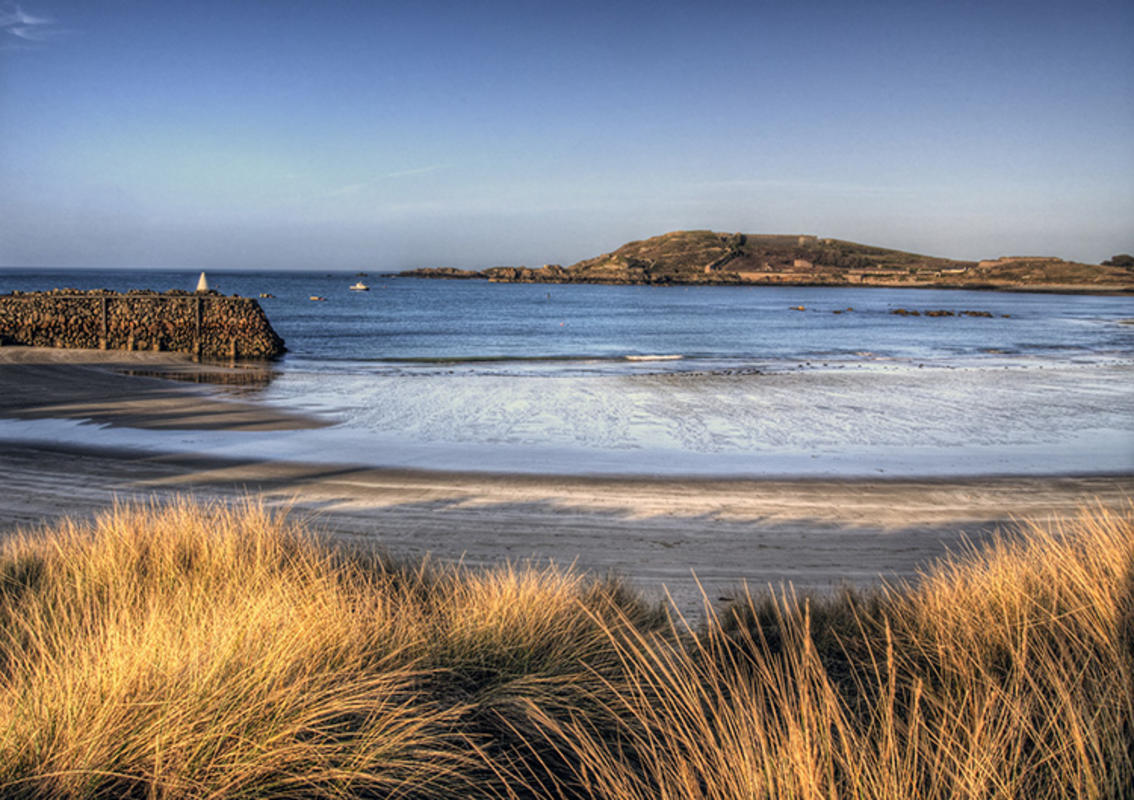 Despite its small size and stature, there are plenty of things to do on Alderney. Braye Bay and other sandy beaches can be reached in minutes. The typical visitor to Alderney likes to walk or cycle and there are miles of trails and pretty countryside to marvel at, while bird watching.

Boat tours are another favorite and trips around Alderney or to fish are popular pastimes. Quintessential summer activities include a ride aboard the Alderney Railway or a swing at the Alderney Golf Club.

Walking is a form of both leisure and transport and you can get around the Island without breaking a sweat. There are about 50 total miles of trails along well-set paths that usually come with ocean views. In the north are some fine beachfronts, while the south is more rugged with high cliffs. Victorian fortifications and German bunkers make for interesting points to stop and take in the scenery. Visitors can enjoy guided tours with the Alderney Wildlife Trust, from heritage and history walks to bird watching and beach hikes.

The birding potential on Alderney is some of the best in Europe with well over 250 species such as gannets, puffins and peregrine falcons. Alderney’s close proximity to France sees many continental, endemic birds— more so than British—and the area around Longis Bay in the east is one of the best spots to catch the feathered friends. Uninhabited Burhou Island, off the northwest coast, is the crème de la crème of bird watching destinations, though is off limits for much of the year. Contact Alderney Wildlife Trust for more information and tours.

Alderney has several nice beaches where swimming and water sports can be enjoyed. Windsurfing and waterskiing are particularly popular, with Braye Bay good for sandcastle building due to its proximity to St Anne. Saye Bay is especially attractive, while nearby Corblets Beach is best for surfing. These are all in the north, as the south coast is rockier and less accessible.

Getting around by bicycle is the way to go and, along with 50 miles of walking trails, there are 10 miles of cycle paths and hardly any traffic. The Alderney Cycle Route takes you through both the country and the coast, and even St Anne is fun to bike around. Cycle and Surf (St Anne) rents two-wheelers for half a day or multiple days.

The Alderney Railway is the Channel Islands’ only train and runs between the harbor and Mannez Lighthouse on summer weekends. Hailing from the mid-1800’s, it was originally used to bring stone from the east coast to build the harbor, its breakwater and the island forts and is made from reclaimed London Underground cars.

Boat tours usually feature fishing trips or wildlife spotting. Voyager navigates the coast, along with the Alderney Wildlife Trust. No permits are required and there are several places that rent out equipment. Corblets Quarry is a popular alternative to angling on land, or you can try your hand at sailing with the Alderney Sailing Club.