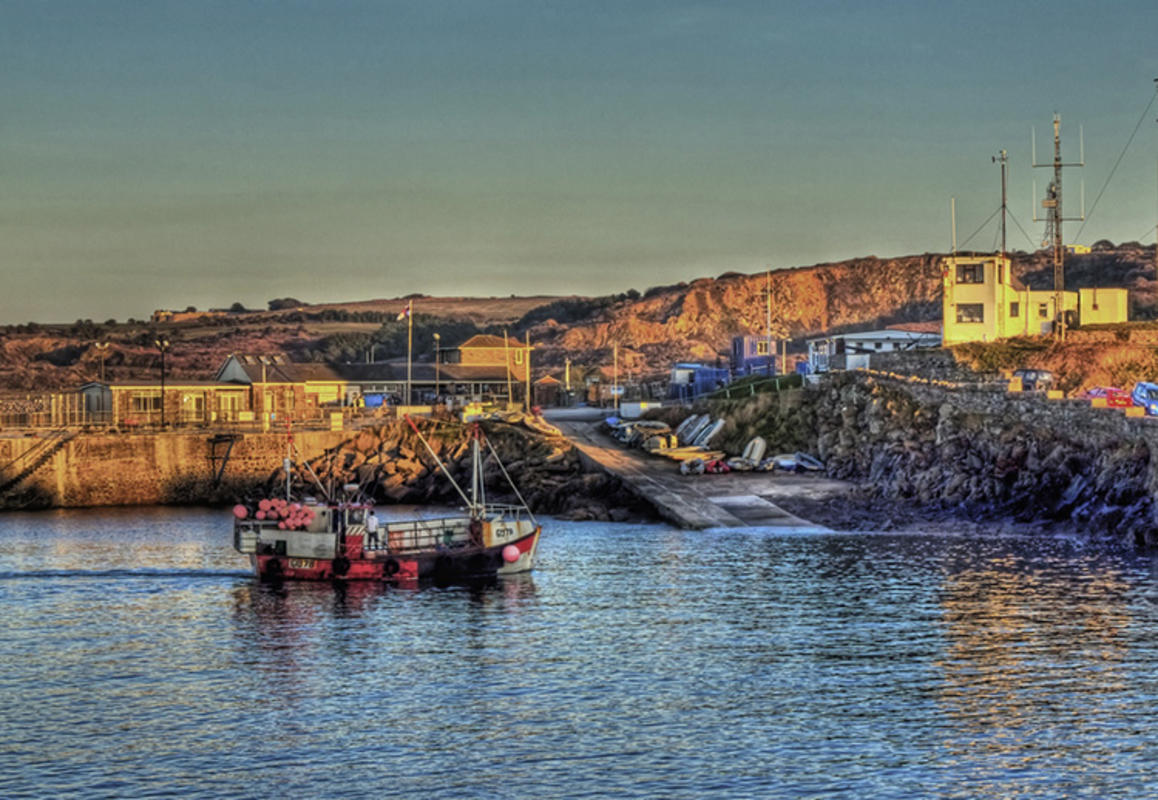 Alderney is a small island and its main town, St Anne, is equally diminutive, although for its size, it has a fair share of restaurants and pubs. There are many dining options from cafés to fish and chips shops. Beer and wine is cheaper on Alderney than in the UK and the licensing hours are relaxed. Tipping is typically 10 to 15 percent.

Bars and Pubbing in Alderney

Hotels are also good for drinking, with the likes of the Belle Vue Hotel (Al Road, St Anne) also having good eats and a relaxing atmosphere. At Braye Harbor, the upscale Braye Beach Hotel has a nice terrace overlooking Alderney’s favorite shore.

Visitors expecting Ibiza-style fun will be disappointed as there are no pumping nightclubs, though discos are common in summer. Alderney has an old-fashioned cinema along Victoria Street, which offers an alternative for nightly entertainment—the changing of the reel halfway through is your cue to hit the pub!

Dining and Cuisine in Alderney

Most restaurants are right in St Anne or at the harbor. Often eateries are part of pubs or hotels, and discerning palates will be happy to learn that there are no ghastly burger chains like McDonalds. Victoria Street and High Street have half a dozen spots between them and you can walk the length of both in minutes.

The cuisine in Alderney is mostly French, but traditional British food (fish and chips, pies, and roasts) are also apparent. Seafood is available on most menus, with dressed crab and lobster being highlights. For something different, be sure to try milk-o-punch, a tasty drink made of eggs, milk and rum.

Click here to learn about Alderney's Shopping and Leisure