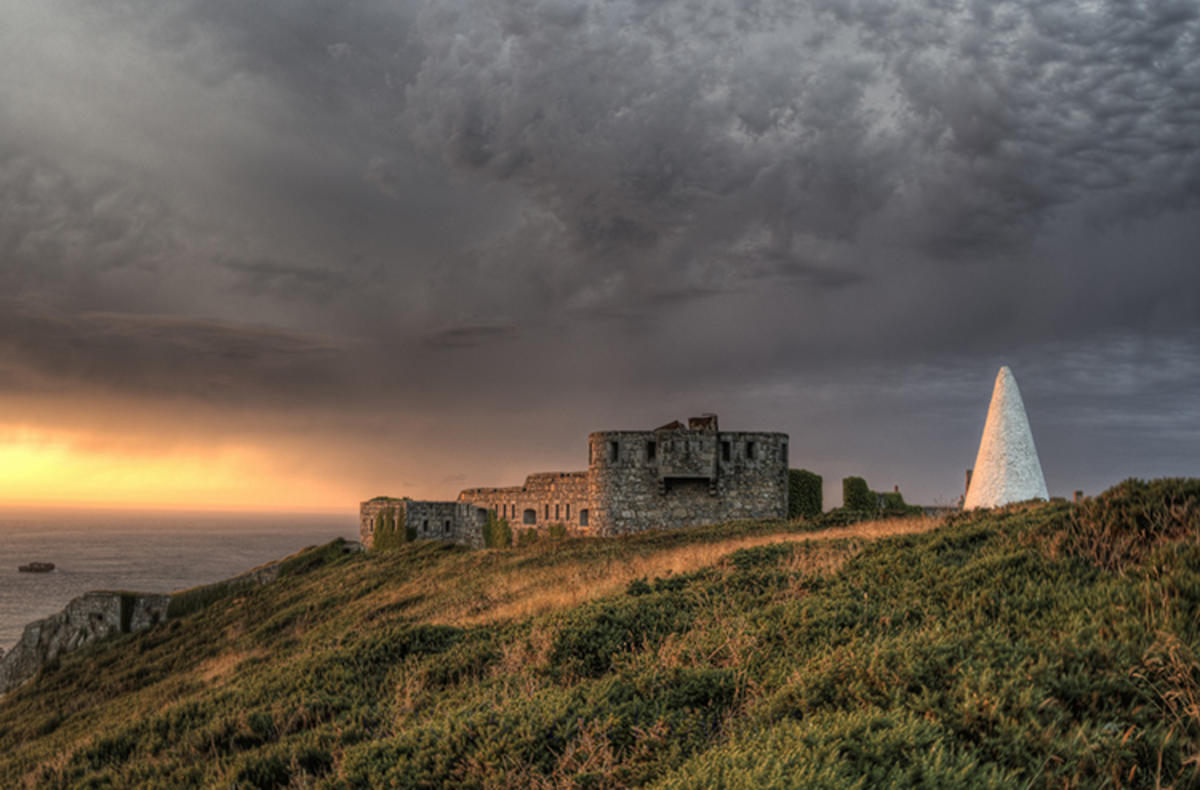 For such a tiny landmass, Alderney has a long and varied history. The Romans were here first and ordered a number of forts for such a small area. The autonomous island belongs to the UK, yet is not part of it, celebrating their own quirky festivals with intriguing food and drink.

Alderney became an island in the Neolithic period and is noted for its dolmen tombstones and forts. Evidence remains of habitation from as early as the Iron Age, with a site at Longis Common, as well as a Roman fort from the 300’s AD.

Due to its position between the English and Normandy coasts, Britons settled Alderney and it remained loyal to the crown, yet autonomous. The town of St Anne grew around the old church, which was nothing more than a small village containing the Platte Saline mill, some random buildings and the odd farm nearby.

Forts were erected in the 1500’s and also in the 1800’s to repel French attacks, some of which have been transformed into hotels today. The breakwater at Baye Harbor was also built in the 1800’s to protect from Alderney’s big tides, while the Alderney Railway was constructed to carry stone.

The Germans occupied Alderney during WWII, building bunkers, labor camps and damaging many forts. A memorial at Saye is dedicated to those who died under their reign. Alderney is self-governing, though is part of the Bailiwick handles tax and customs. The Alderney Museum on High Street can provide you more info on the history of the area.

Locals are known as Ridunians, derived from Alderney’s Roman title Riduna. They are not English, British, French or from Guernsey and celebrate a number of local festivals not found anywhere else. People are typically proud and polite and many names are in French, although everyone speaks English. Pottery and crafts are the top local buys, while French cuisine is always on the menu, along with seafood.