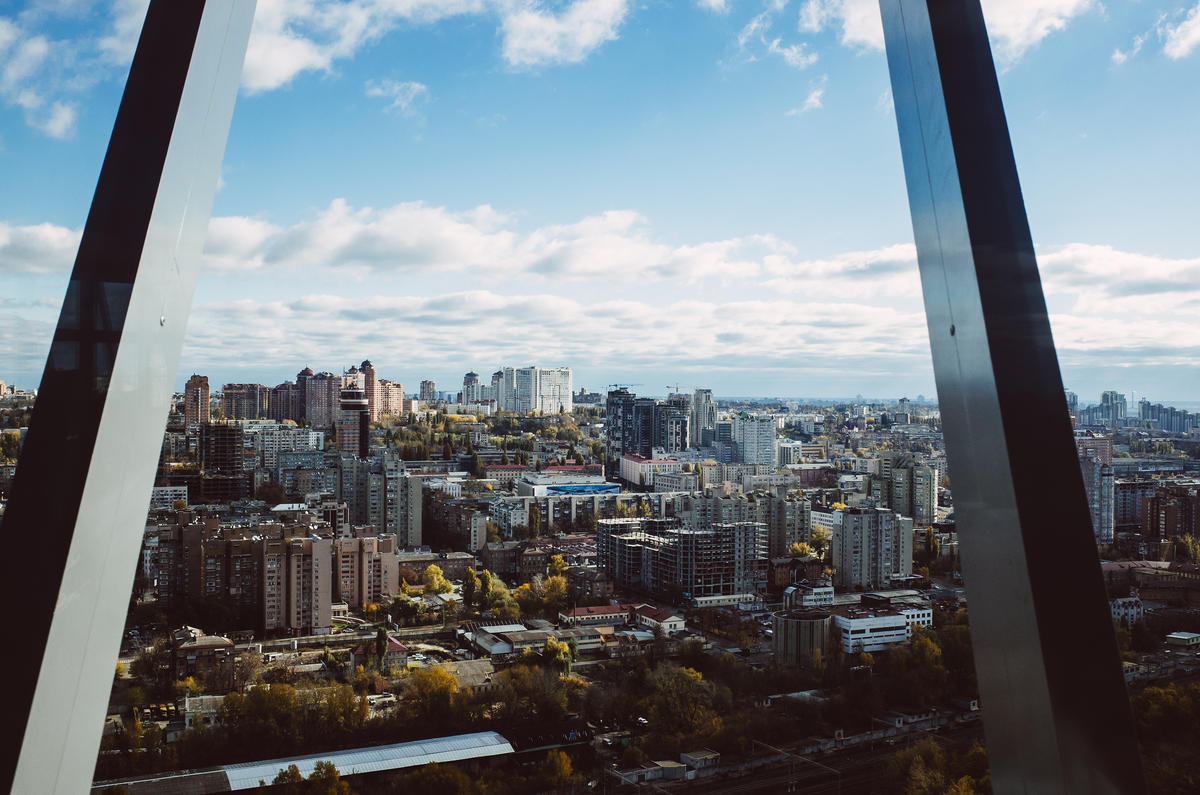 The Ukraine has an Eastern European climate, which typically means harsh winters and boiling hot summers. It is seasonal, with short transition periods between summer and winter being quite pleasant depending where you are. June and September tend to be the nicest months, with a more moderate climate and fewer tourists. The nicest weather can be found in the south along the coasts of the Black Sea and the Sea of Azov.

Summer—June to August—is the hottest time in Ukraine, with daily averages around 70°F. Highs in July can be well into the 90’s (and 100’s), with not much respite at night. This is especially true in the north where Kiev is, with temperatures on the coast less intense.

The humidity is quite high all year round so having a room with air conditioning is a must. There’s not a great amount of precipitation to worry about, but it rains the most in summer, around three inches and 14 wet days per month, June through August.

Winters are bitterly cold anywhere in Ukraine, but especially in Kiev. The capital city is located on the steppe, where there is little protection from the elements. December through February is definitely not the time to be here, unless you are skiing, where daily highs only reach about 30°F. Snow is common for much of the interior November through March. The south coast is nicer, including Crimea, although it is also plenty cold.

Best Time to Visit the Ukraine

June and September/October are the nicest months to visit anywhere in Ukraine. Temperature spikes are less severe, nights are not too extreme, there is little rainfall, less crowds, and hotel rates tend to be lower September onward. May and October can also be quite pleasant on the coast as most events are in May.

Click here for Festivals and Events in the Ukraine