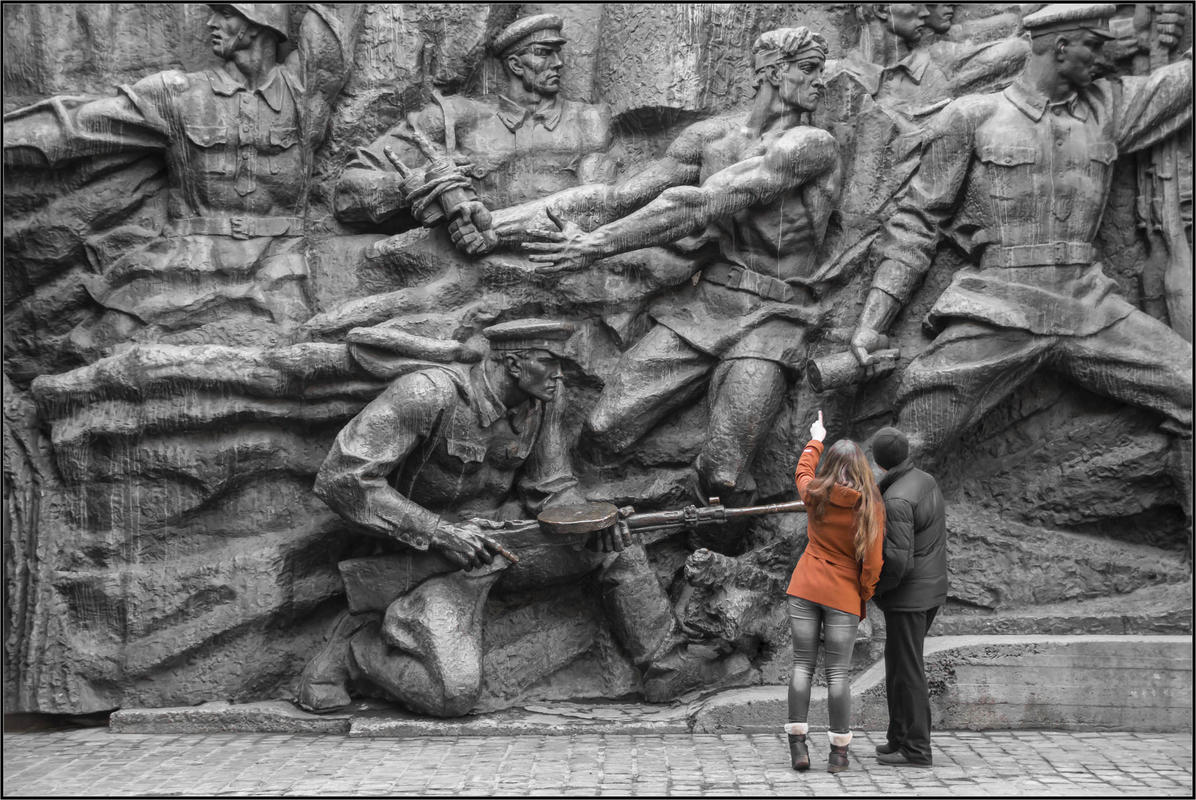 Ukraine is a large and diverse country with plenty of attractions for all types of visitors. The capital city, Kiev, is a place of gold domes and churches, St Sophia Cathedral being the most famous. Other musts are Lviv’s old town and the beaches and vineyards of Crimea. Kiev has a modern metro, but getting between cities is quickest via a domestic flight.

The Ukraine capital has wide boulevards and a combination of Soviet era buildings and stunning ecclesiastical edifices. As the precursor to Eastern European civilization, it has a lot to be proud of, and is also the hub of travel. Standout landmarks include the beautiful St Sophia Cathedral, with its domes, fabulous mosaics and murals, and the ancient Caves Monastery. Kiev also has good eating, a decent amount of nightlife, an old town, cute worker’s district, and even beaches, but avoid visiting in winter because the town pretty much shuts down. Address: North/Central Ukraine Phone: n/a Website: n/a

This UNESCO World Heritage site in the Ukraine hails from the early 11th century and is within walking distance of Kiev’s downtown. Visitors can spend hours gaping at the green and gold domes, though the real draw is inside. The church is loaded with frescoes and mosaics, some of which date back several hundred years, most notably the Orans. Be sure to check out the gatehouse and museum, as well. St Sophia is easily accessible via Metro at the Zoloti Vorota station. Address: 24 Volodyrmyrski St., Kiev Phone: +380-44-278-2083 Website: n/a

Known locally as Kiev Pechersk Lavra, the golden domes of the Caves Monastery in Kiev sit high over the town and river. The main church of the site in itself is worthy of a trip, though the real draw lies underneath, in the catacombs. They feature mummified monks and interesting relics, which visitors can see by candlelight. Especially tall guests and those that are claustrophobic may want to skip this one as the tunnels are stout, narrow and one-way only. There is a dress code and it’s best to get in early to avoid the crowds. Nearby is the Museum of the Great Patriotic War and massive Motherland Statue. Address: 25 Sichnevogo Povstannya St., Lavra 9, Kiev Phone: +380-44-254-2257 Website: n/a

Museum of the Great Patriotic War

A gigantic complex on the right bank of Kiev, this vast museum marks Ukraine’s liberation from the Nazis. Some of the exhibits may be a little disturbing (like mitts made from human skin), but the collections are extensive and impressive. There’s a lot of military paraphernalia on site, but the main attraction for many is the gargantuan Motherland Statue. This huge figure, comically known as ‘Tin Tits’, has an observation platform with unbeatable views. Address: 24, Lavrska St., Kiev Phone: +380-44-285-9452 Website: n/a

Lying amongst the steep Podil district, Andriyivsky Uzviz is one of Kiev’s most popular streets for its stalls, cafés, and galleries, and, although touristy, is the place to pick up Ukraine souvenirs. The weekend Zhyvopysna-aleya market is a good time to shop, while sightseers can take in St Andrew’s Church, near the top, and the Museum of One Street, at the bottom. Kiev’s famous Funicular provides fast access from the Lower Town so take a ride up and then saunter back down the cobblestone alleys. Address: Podil District, Kiev Phone: n/a Website: n/a

The top summertime destination in Kiev is this vast park on a Dnieper River island. A must for those with kids, it has a decent beach at Sun City (separate entry fee), and boasts a number of side attractions and sports activities. While river swimming is best avoided, there are several pools along with a gym, restaurants, nightclub, and casino. Nearby Trukhaniv Island is a quieter escape with miles of wooded trails. Get here by taking the Kiev Metro to the Hidropark Station. Address: Venetian Island, Kiev Phone: +380-44-451-6585 Website: n/a

A UNESCO World Heritage site for its rococo architecture, the Old Town of the western city of Lviv is the main attraction. The downtown square retains its stunning Gothic, Renaissance, and Baroque buildings as it avoided destruction in WWII. The Latin Cathedral is one of the main sites and, in typical Ukraine style, visitors will notice beautiful churches seemingly at every turn, plus many noteworthy museums. The Museum of Popular Architecture & Life is especially interesting. Address: Lviv, Galicia, Western Ukraine Phone: n/a Website: n/a

Though perhaps not the most impressive town on the Black Sea, Odessa is worth a visit for those in the region in summer as it has the best beaches and standout museums. Arcadia Beach has nice sands and is loaded with leggy, bronzing Ukrainian women and pumping nightclubs. The main boulevard is good for cafés and impressive sanatoriums. The Archeology Museum is one of the top in Ukraine, while the Opera & Ballet Theater is one of the most photographed landmarks on the Potemkin Stairway. Address: Odessa, Southern Ukraine Phone: n/a Website: n/a

Yalta is the main destination of the peninsula of Crimea, straddling the Black Sea and Sea of Azov. The resort spa town in the south has beaches, wide promenades, cliffs, and palaces. Communist leaders would head here for some R&R, and this is the place where Roosevelt, Churchill, and Stalin met in 1945 at nearby Livadia Palace for their famous discussions. There are vineyards to tour and the Crimean Mountains to climb, plus visitors can enjoy Ukraine’s best weather. Just avoid Simferopol. Address: Crimea, Southern Ukraine Phone: n/a Website: n/a

Not everyone’s idea of a good time, the site of the world’s worst nuclear disaster in 1986 at nearby Prypiat makes for an eye-opening daytrip from capital of Kiev. Visitors cannot enter the actual power plant, but tours explore the grounds and there is even an amusement park on site. Two to three hours away, it is hard to get to on your own so it’s best to go through a tour company in Kiev, who will arrange the transportation and food like Tour2chernobyl. If that’s too intense, you can alternately visit the Chernobyl Museum in Kiev. Address: Prypiat, Kiev Oblast Phone: n/a Website: n/a

Ukraine’s largest national park is located across the Carpathian Mountains in the west of the country and home to some of the best hiking. Beautiful as it is, humans are doing their best to destroy it through illegal logging. Only a quarter of the park is protected and it is here where the most stunning flora and fauna are housed, including wolves and bison. Mount Hoverla is several thousand feet tall and good for serious hikers. The area is also idea for kids and camping. Address: 6 Stusa St., Ivano-Frankivska Oblast, Yaremche 78500 Phone: +380-34-342-2731 Website: http://www.carpathianparks.org/

Click here for Food and Restaurants in the Ukraine