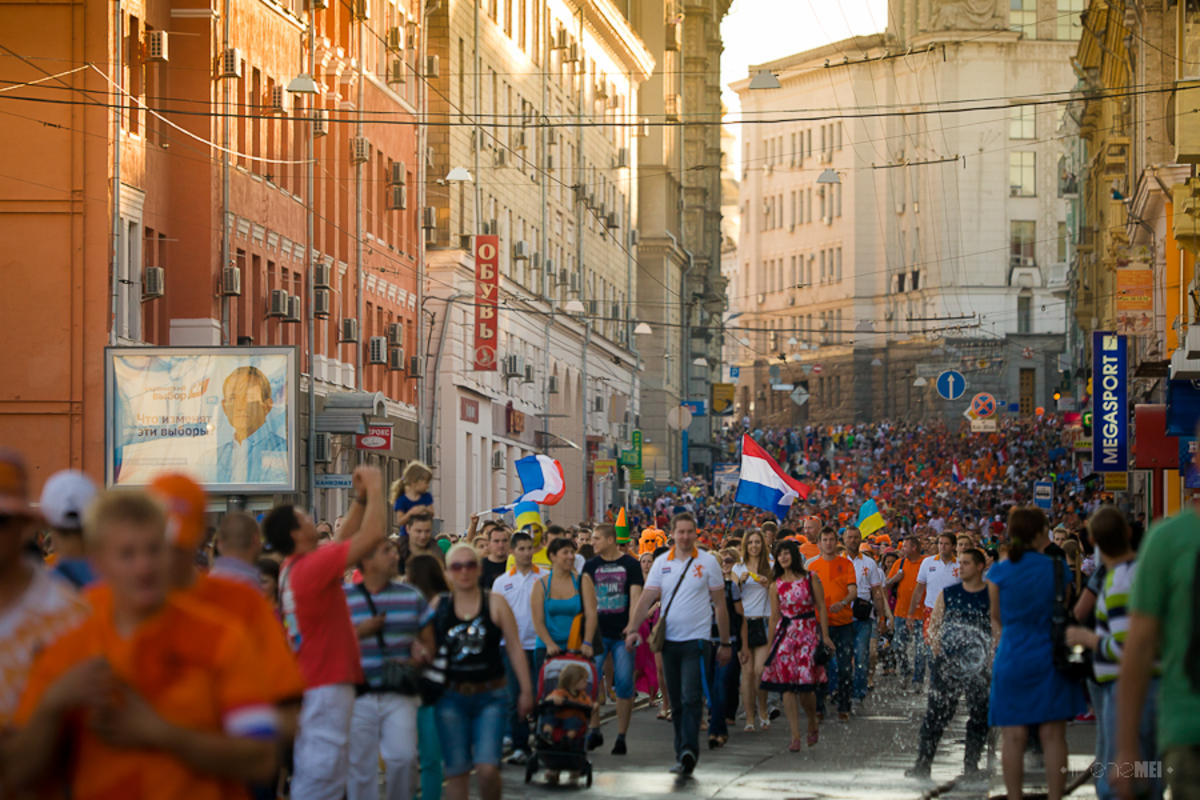 There are lots of musical events in the Ukrainian lineup, along with grand parades marking independence and WWII. Most Ukraine holidays take place May-June, when it’s not too hot or too cold, including the fun Kiev Day and Victory Day. One of the most interesting cultural fairs is Sorochinsky Yarmarok in Sorochinsky.

For two days in -mid-May, the city of Lviv enjoys jazz, pop and rock music, folk dancing, and theater on the street. It’s a family affair, with numerous activities and a huge street parade-carnival for the kids. The Capital of Handicrafts festival is at the same time in Rynok Square, while Victory Day is on May 9.

May 9 is an important public holiday in the Ukraine, marking the victory over the Nazis and honoring fallen heroes of WWII and its veterans. It is celebrated nationwide, with the main event in Kiev featuring military parades and hundreds of thousands of visitors. Events elsewhere include mock battles in southern towns and the consumption of military porridge in the north.

Kiev Day is one of the main events of the year, with concerts, fireworks, and lots of celebrations in the streets of the capital. It takes place during the last weekend of May, with drinks on Friday night, fun in the street on Saturday and fireworks on Sunday. Many areas light up, with Khreschatyk Street and the two main squares—Independence Square and European Square—quite festive for the occasion.

The Summer Music Festival in Kiev is one of many musical-oriented events in the Ukraine. It features a string of open-air concerts on weekends late May through the middle of July at the Central Park of Culture and Resort. There’s everything from classic and modern performances to jazz.

Locally known as Kraina Mriy, this popular summer event of folk music late June/early July takes a look at Ukrainian culture. The event features several stages set up in a large park to the east of downtown Kiev, with views of the Motherland Statue. Visitors enjoy a variety of tunes, as well as a kiddie section called Child’s Meadow. It’s easy to get to on the Metro from Arsenal’na station.

The north-eastern/central village of Sorochintsy is the setting for this trade fair in the Ukraine, which runs for a week in August. It is one of the country’s oldest events, featuring crafts galore. One of the best places to pick up souvenirs, it is near Poltava, a few hours southeast of Kiev.

A major public holiday on August 24, Ukraine’s independence from the USSR is celebrated with military displays and fireworks nationwide. Kiev’s independence Square is the best place to be, while all towns mark the occasion with a lineup of events including live concerts in Donetsk.

The Koktebel International Jazz Festival is Ukraine’s main jazz event, featuring local talent, as well as acclaimed musicians from Russia. It takes place over a weekend in mid-September in the town of Koktebel on the Crimean peninsula, with some stages setup on the beach.

The Molodist International Film Festival is a long running event in Kiev the last week in October, with films from all corners of the globe being showcased. Popular in the world of moviemaking, it’s best to buy tickets online because this event does sell out.

Click here for Things To Do in the Ukraine