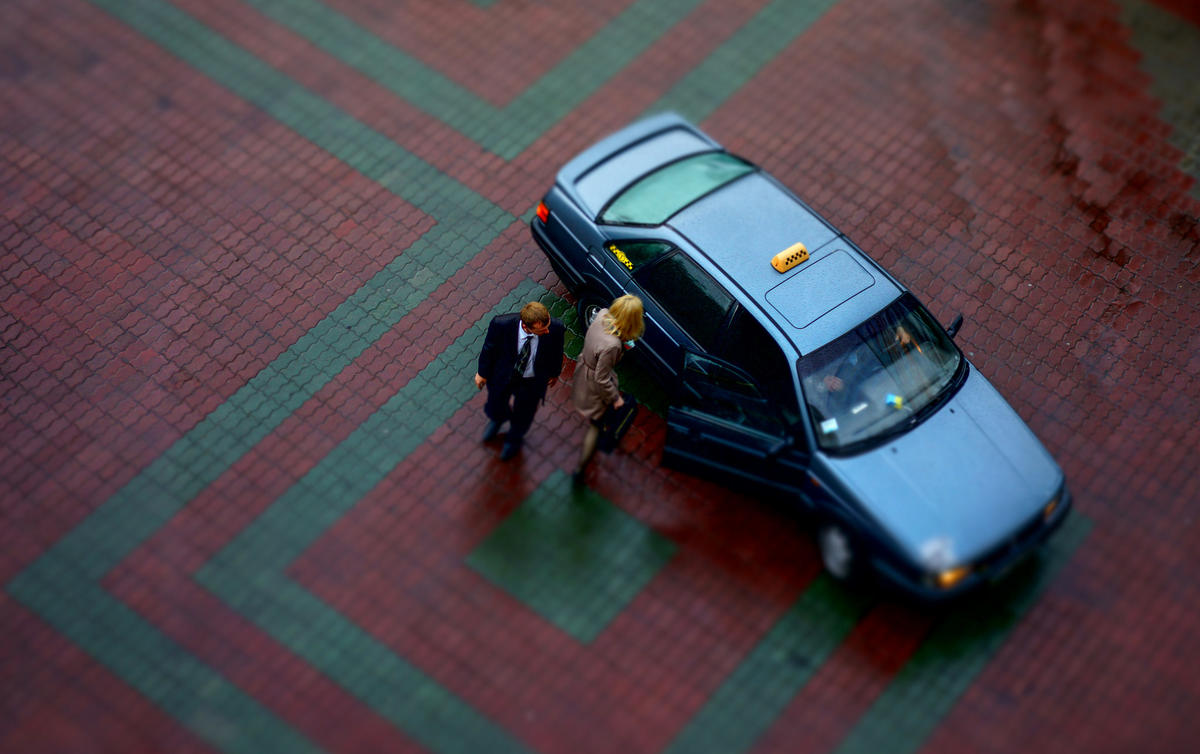 There are metered taxis and private (‘gypsy’) cabs in Ukraine towns and cities. The metered ones are official and are noted by their black and yellow roof signs, but even they don’t always use the meter, especially in Kiev during busy times. Either type can be flagged down on the street, but you should always agree on a price before setting off. Prices are fair for most visitors, and since the smaller towns have fewer choices for public transportation, a taxi can save a lot of time.

Taxis are always around metro stations in Kiev, as well as near big hotels and main attractions. If it’s busy it might be best to pre-book. Shanson (+380-44-588-2828) and Radio Taxi (+380-44-249-6249) are respectable companies in Kiev. An alternative are the marshrutky shared taxis/minibuses, which are cheap and run fixed routes.

Car rental in the Ukraine is not as popular as in the States or Western Europe. City streets are pretty hectic, and conditions are not on par with the rest of Europe. Routes off main roads typically feature unpredictable surfaces and are not well lit. Ukraine police can also be a hassle, sometimes pulling over tourists to make a quick buck on a supposed traffic offense. If you have an instance where you think you’re being taken advantage of, take down the officer’s name and badge number and contact your embassy.

Water taxis arrive in Odessa from various ports in the Black Sea, though travel by ferry is not the norm beyond this region. Within the Ukraine, there are popular cruises along the Dnieper River, running between Kiev and Odessa, as well as cheap boat tours of the river in Kiev itself.

Train travel within Ukraine is preferred over bus, particularly for long distances. Ukrainian Railways are government-run, and although old and slow, typically are reliable and cheap. There are three classes of cabins: two-berth lux, four-berth second class and six-berth third class. All main cities are served by the rail and tickets can be purchased online. The main train station is near Vokzalna metro station in Kiev, but Kharkiv and Dnipropetrovsk also have metros.

There are private and state-run buses, with Autolux being the best bet for a trip. While it is best to use the train when traveling between major cities, buses are better for short journeys. Buses also serve off the beaten path places, but try to avoid service in winter when some of the main roads and routes may be blocked off.

Click here to learn about Airports in the Ukraine