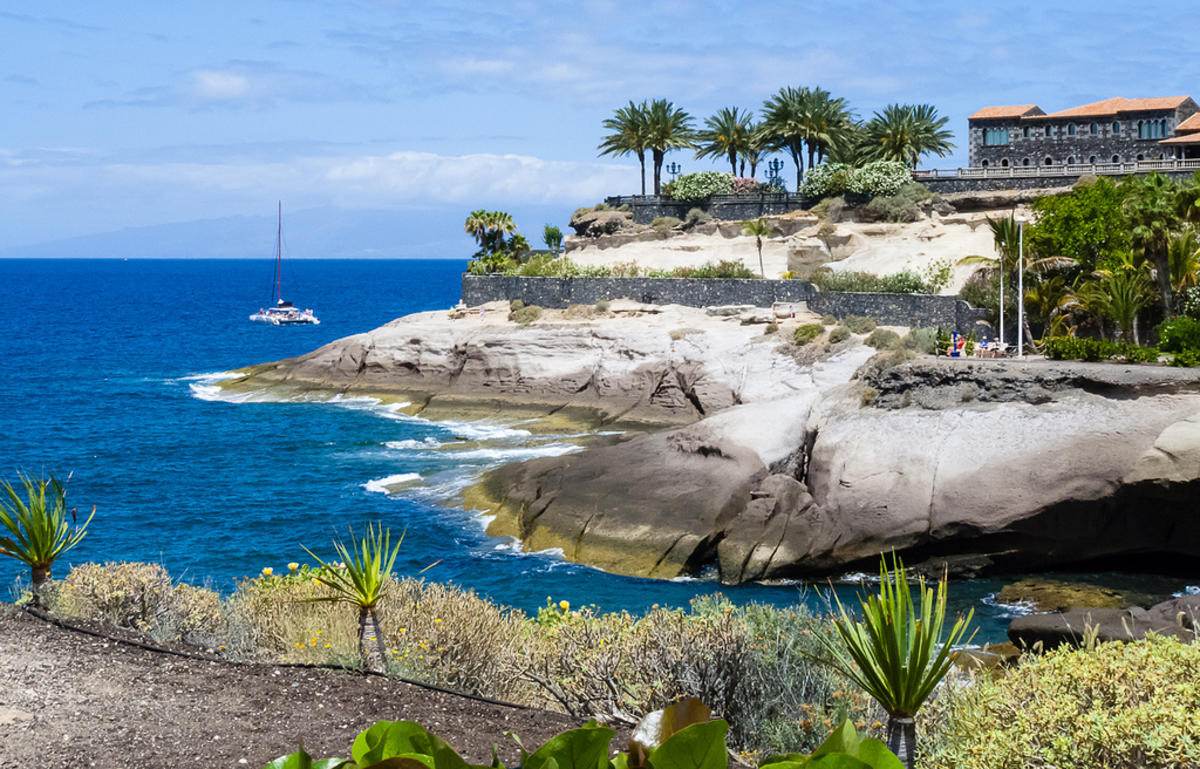 The biggest attractions for most tourists to the Canary Islands are the eclectic range of landscapes throughout the archipelago, which varies from the impressive volcanic fields of Lanzarote’s Timafaya National Park, to the sand dunes and blustery beaches of Fuerteventura. Yet among all this brilliant scenery is a wealth of history found in cities like Tegulse, the colonial style former capital of Lanzarote, and the military fort of Torre del Conde, built in 1447.

Timanfaya National Park was founded 1968 around the time the islands began to open their doors to tourists. It is an extraordinary landscape created within just six years during the 1730’s when more than 100 volcanoes erupted and transformed the land, simultaneously wiping out nearby villages. Within the park are a variety of sites of geological and scientific interest, in addition to idyllic beauty and unusual greenery. Temperatures nearing 1,112°F (600°C) can be found just 10 meters below the ground. Address: Near Yaiza, Lanzarote Phone: +34 928 840 238 Website: n/a

Located in Lanzarote, this chic modern-art museum in the Canary Islands was founded by Cesar Manrique in 1976 and is situated in Castillo de San Jose, an 18th century military fortress built to keep pirates at bay. It was after some persuasion that the local authorities allowed the already renowned architect to restore the dilapidated fortress. The museum houses the islands’ finest art collection with a few paintings of Manrique’s, and the majority of work by Spanish artists such as Tapies, Sempere, Miro, Rivera, and Millares. Address: Carretera de Puerto Naos, Playa de la Arena, Lanzarote Phone: +34 928 812 321 Website: http://www.cabildodelanzarote.com/tema.asp?idTema=...

Lanzarote’s historic quarter, Teguise, was founded in 1414 and, among other significant buildings, is home to Castillo de Santa Barbara, the oldest fortress in the archipelago. Erected in the 16th century, like the Castillo de San Jose, it was eventually abandoned and is now home to the Canarian Emigrants Museum (Museo del Emigrente Canario). The former capital of Lanzarote, Teguise is home to aristocratic palaces, century-old churches, and other traditional colonial-style buildings. Address: Teguise, Lanzarote Phone: n/a Website: n/a

Las Palmas feels a little more like Spain than most other places in the Canary Islands and is the only place with the exception of Santa Cruz de Tenerife, to have a real city feel to it (it is actually Spain’s seventh largest city). Home to theater, opera, dance performances, and numerous museums, such as the 130-year old Canarian Museum (Museo Canario), Las Palmas has four main beaches, which are fairly lively throughout the year and numerous water sport activities. If you happen to be in the Canary Islands between January and February, make sure to attend Carnaval when the city is teeming with activity, especially in the port area. Address: Las Palmas de Gran Canaria, Gran Canaria Phone: n/a Website: n/a

Located in the center of La Gomera, the scenic Garajonay National Park covers 10 percent of the island’s surface and contains some of the oldest forests in the world, in addition to hundreds of different species of flora. It’s possible to trek to the highest peak on the island, Alto de Garajonay, from where you can look out on a spectacular panorama of the Atlantic and nearby islands Tenerife, El Hierro, and La Palma. Address: La Gomera Phone: n/a Website: n/a

Located on Tenerife, Teide National Park is home to a huge, 30 mile (48 km) volcanic crater, out of which Spain’s highest peak Mount Teide emerges. The most convenient way to reach the top is via cable car. About 200 meters before the summit, you can get out and walk around the fascinating attractions. If you fancy yourself a climber, a number of tour groups arrange hikes up the mountain, which usually take about six hours. From the peak, you can take in the awe-inspiring views of the surrounding islands of Gran Canaria, La Palma, La Gomera, and El Hierro. Address: Tenerife Phone: n/a Website: n/a