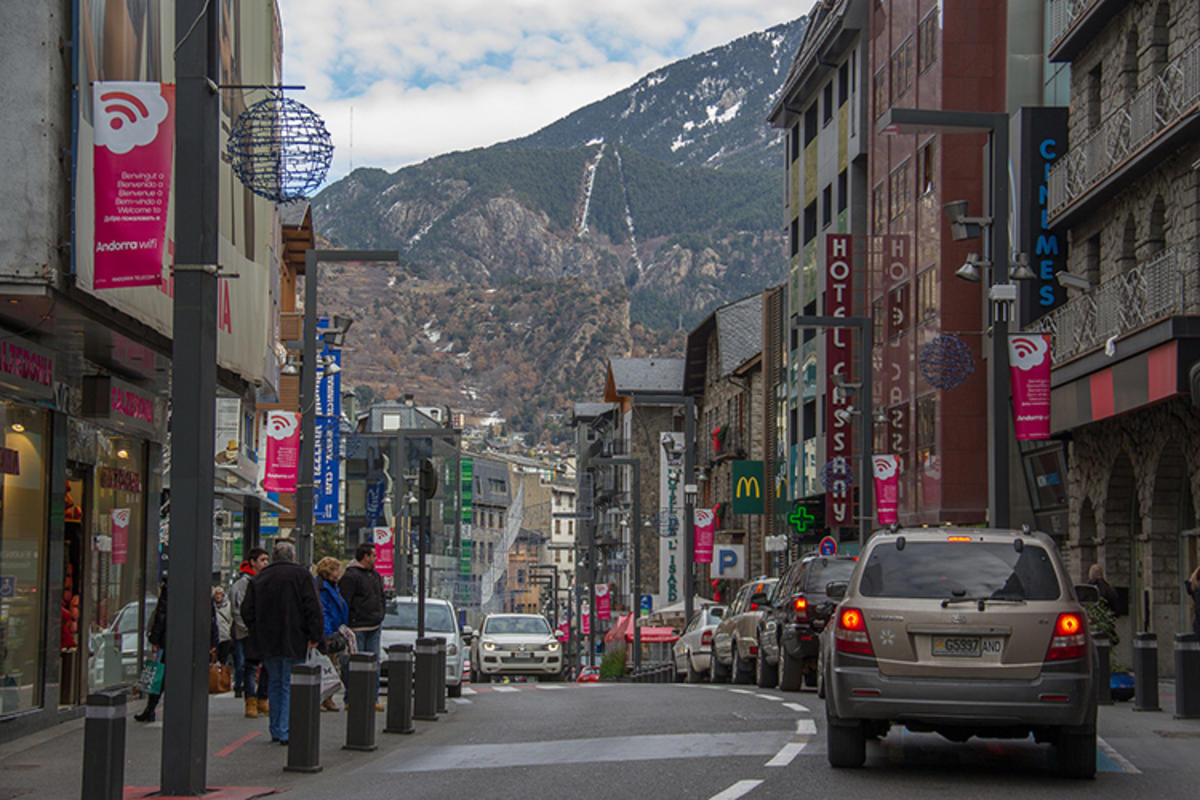 Local taxis operate in several of the resorts and in the capital with services via three companies. Andorra Taxis (+376 356 617) provides a pre-booked executive minibus for up to eight people, but no ordinary taxis. Another Andorra company offers vans, but its drivers only speak Catalan so that may not be your best option. Car rental can be arranged in any of the downtown districts through most of the usual European providers. Drivers should remember that winter tires and snow chains are compulsory, as well as essential in cold months. Police checkpoints are found on the resorts’ access roads and on most mountain passes so don’t be surprised if you’re asked to stop. Roads in Andorra are well-maintained, although early morning black ice can be dangerous.

Due to Andorra’s lack of an airport, a number of French and Spanish long-distance coach companies operate services to Andorra on a regular basis. From Toulouse, France, Novatel runs routes from the French city’s airport and main rail station. In Spain, trips are offered from Malaga, Valencia, Barcelona, and Madrid. Barcelona has the most travel options, with no less than five coach companies offering trips to Andorra’s capital.

Train travel from France into Andorra is available, but is by far the most expensive and least convenient option. A few train services link Andorra with Paris via Spain’s L’Hospitalet, although travelers should check connections carefully as L’Hospitalet train station has few onward services and is often unmanned.

Within the country, the Cooperative Interurbana Andorrana bus company provides eight bus lines, originating in Andorra la Vella and covering the main tourist destinations, as well as outlying villages. Daytime services run to destinations close to the capital every 10 minutes, although rural villages may only be served by two or three buses daily.