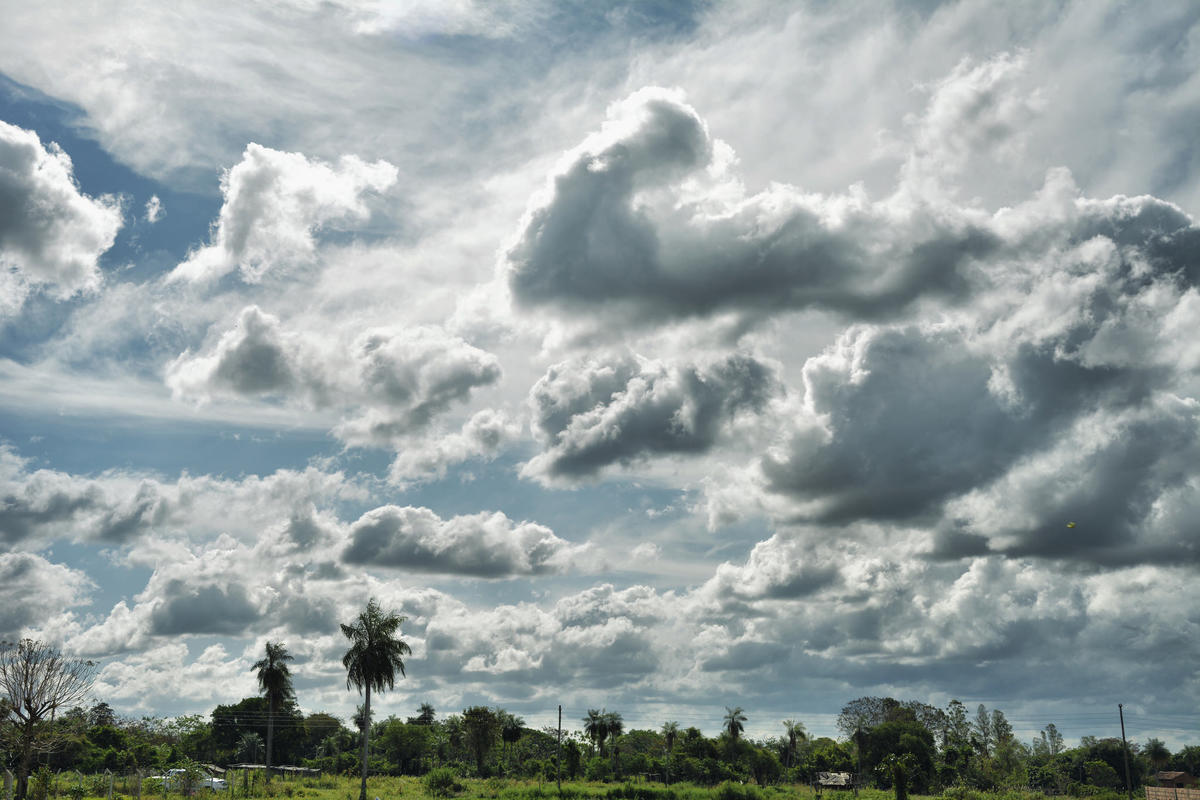 Paraguay straddles either side of the Tropic of Capricorn. To the north is a tropical climate and to the south is sub-tropical. Furthermore, Paraguay’s climate is divided again; to the east it is humid and rainy, with proof in the abundant rainforests, while to the west of the Paraguay River the climate is arid and dry, accounting for the vast plains of the Gran Chaco. However, since the elevation of all of Paraguay does not exceed 2,000ft, temperatures remain constant throughout. In the summer, the highest temperature can reach 110°F and you can expect a low of 77°F at night.

Since Paraguay is a tropical country, it does not fully experience four seasons. As it is below the equator, summer begins in November. The peak summer months are December, January, and February, when average temperatures are 95°F. During the winter, temperatures are much cooler and can reach freezing at night, usually hanging at about 42°F during the day in July and August, although the mercury can get to about 71°F. The southeastern section of Paraguay experiences fairly even rainfall throughout the year. Around Ciudad del Este, the average rainfall is about 78 inches and the area around Asuncion sees about 60 inches. West of Asuncion and the Paraguay River it is very arid and hardly rains at all.

Because of the intense heat in the summer months, which can exceed 105°F, visiting Paraguay during this time is not recommended. The winter months, which fall between May and October, may be better. Perhaps surprisingly, however, is that night-time temperatures can drop to as low as 32°F in the mid-winter months of July and August and night frost is common. Camping or sleeping outdoors is not recommended during this time.

It is perhaps best to visit in the shoulder seasons of March and April, October and November. Accommodation prices remain constant throughout the year in Paraguay since it does not really experience a high season. Although if visiting for one of the local events, be sure to book ahead since many hotels get filled to capacity.