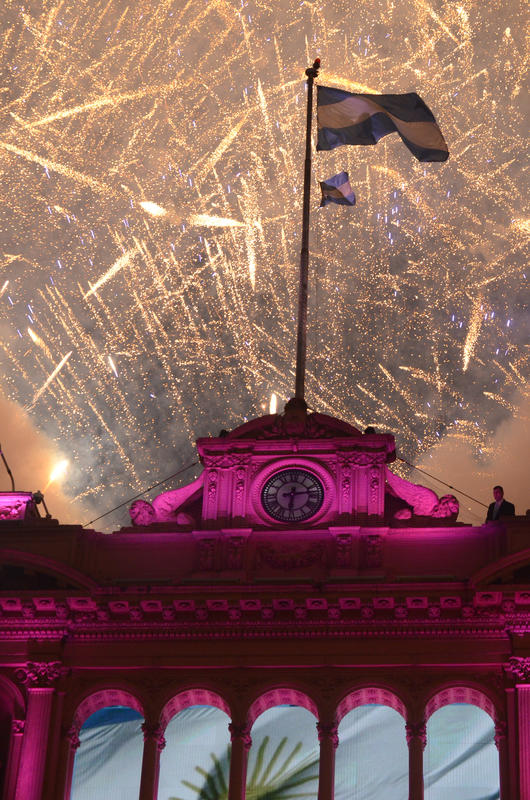 Even though Paraguay maintains a strong indigenous culture with its descendants of the Guirani people, the Spanish Empire left its mark on the region and 90 percent of the population are practicing Roman Catholics. This is evident in the traditional Catholic festivals, such as Dia de San Blas and the largest Paraguay holiday, Carnival.

This festival, held February 3 annually, celebrates Paraguay’s patron saint. Saint Blas festival sees its biggest celebrations in the city of Ciudad del Este, which has week-long open-air events leading up to it.

This is a multi-day event culminating on Shrove Tuesday (the start of Christian Lent). It is similar to other mardi-gras festivals held in other Latin American countries, such as the one in Rio de Janeiro. There are pageants and parades through the streets, and lots of music and dancing into the night. It is held in February (although the date is flexible according to Easter), when the weather is warm.

Held May 28 and 29, this event is a traditional fair celebrating Saint John. It hails from the Christian faith, yet the festival is part religious and part cultural, with bizarre rituals such as walking over hot embers a spectacle to watch.

Running since 1970, this annual rally is held early July. It is much loved by Paraguayans and is second in popularity only to the national sport, soccer. The main stage of the rally covers the entire Gran Chaco, a vast and tough terrain. Witnessing some of the vehicles struggle past is a good way of getting a feel for the starkness of the landscape of the area.

Nanduti is the name given to a style of traditional lace crafted in the region around the city of Itagua. The festival is held in the city and has been running since its inception in 1970. Held in the last weekend of July every year, it showcases the region’s art, crafts, food, and music.

For an amazing insight into the curious immigrant communities that have shaped Paraguay, you can attend this beer festival which is modeled on its German namesake, held in Munich every year. This event is also held at the same time as its German counterpart, in early September, with the main festivities taking place in Asuncion, where German descendants of Paraguay proudly celebrate their heritage.