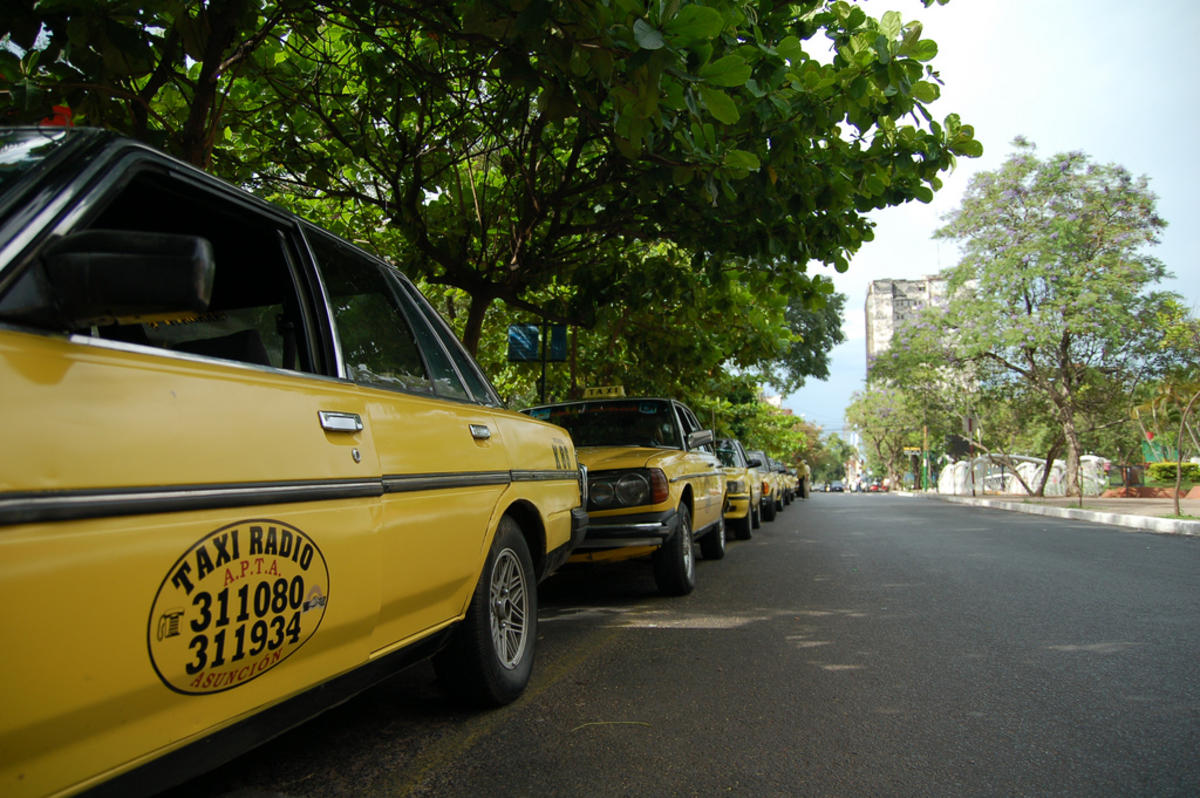 Taxis are plentiful in the major cities of Asuncion and Ciudad del Este, while they are less readily available in cities like Concepcion and Pedro Juan Caballero. Compared to other forms of transport in Paraguay, they are fairly expensive so the locals don’t use them much. In Asuncion, taxis are meant to run on a meter, although drivers often choose not to use the meter, so it is worth negotiating the price before stepping in. Outside of Asuncion, meters are not used so always ask the price first.

Self-driving around Paraguay is not particularly recommended since many of the long-distance roads are only one lane and in poor condition. However, there are a couple of car rental agencies in Asuncion; the most respected is National (+11-595-21-232-990), which is located in the downtown area at Avenida Washington.

Although a landlocked country, Paraguay has over 1,900 miles of inland waterways, so it is possible that you may find yourself on a boat journey at some point in your trip. The Paraguay River, the huge waterway that divides the country in two, can be traveled with Crucero Paraguay (+11-595-21-452-328) who organizes scheduled tours departing from Asuncion. Additionally, there is a slow service that travels up and down the river but these cargo boats, which were not designed to carry passengers, are uncomfortable and can get fairly crowded.

Even though Paraguay was the first country in South America to have an operating railroad in the 1800s, as of 2006 there are no working regular passenger services. Almost all of the 235 mile railroad is disused, except for a heritage steam train which runs a 24 mile section between the Botanical Gardens in Asuncion and the village of Ypacarai, passing the city of Aregua. This is a weekly tourist service. Asuncion used to have a city tramway, but it was abandoned in 1997.

By far, bus travel is the most common form of public transport in Paraguay. Urban buses have routes around the big cities, although they are long so it can take a while to reach your final destination. Buses vary in shape and size, although generally they are old, mid-sized vehicles which don’t offer the most comfortable ride. But they are fun to look at since they are painted in a mix of bright colors. Long distance buses in general are large and comfortable, although you can still expect a bumpy ride on some journeys over seldom maintained roads. Various bus companies offer routes along with differing classes of comfort. NSA (+11-595-21-289-1000) offers comfortable trips to most major destinations.