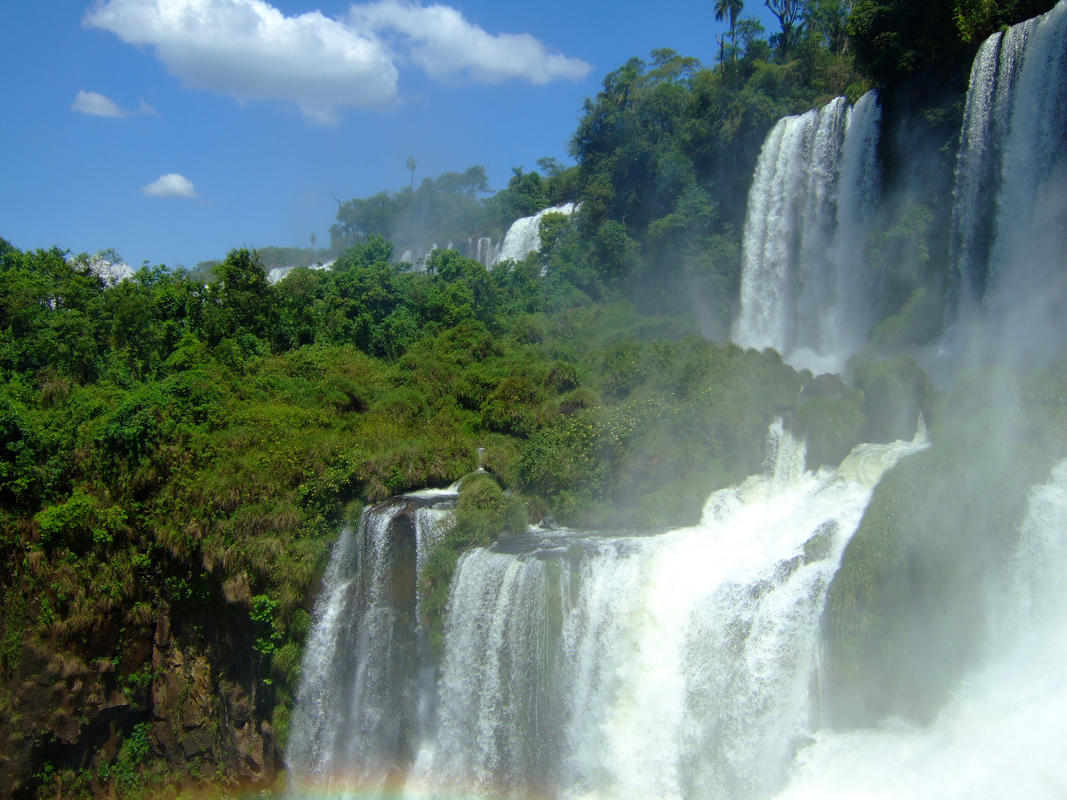 With a total of 34 government-protected wildlife areas and a population of just 6.5 million people, it is no wonder that natural beauty is a big attraction in Paraguay. Here, you are treated to different climates since the country straddles the Tropic of Capricorn. Yet Paraguay also provides an interesting history, such as that of the famous Jesuit missionaries that emphatically settled here in the 17th century, with the remains of their existence here having been proclaimed a globally important historical site. Some living history can be seen in the Chaco, in the town of Filadelfia, where a community of German Mennonites continues to live today. Asuncion is one of the most interesting, yet underrated, capital cities in South America, and its position in the center of the country, on the banks of the Paraguay River, provides good access to other parts of the country.

The capital of Paraguay was settled in 1537 by Spanish conquistadors and is one of the oldest cities in Latin America. Today, exploring the architecture of the city that once ruled over the wealthiest nation in South America is a worthwhile cultural experience. Walking around the city is pleasant and you can explore the historical district of Calle Palma on foot. Casa de la Independencia Museum and Palacio de los Lopez are major architectural attractions. The city’s botanical gardens offer a pleasant wander too, and the main park of the city, Ñu Guazu, is a popular relaxation spot and a good place to watch the locals at play. Address: Asuncion, Ciudad de Asuncion, Paraguay Phone: n/a Website: www.senatur.gov.py

Jesuit missionaries came to Paraguay and built these religious sites in 1609, and continued to evangelize locals for around 150 years until they were expelled by the Spanish government. Today, the ruins are preserved and since 1993 have been declared a UNESCO Historical Patrimony of Humankind site. You can learn about the work done by the Jesuits under the Encomienda system of the Spanish Empire by visiting these sites, which are some of the best preserved in the region. Address: Jesus and Trinidad, Itapua, Paraguay Phone: n/a Website: http://whc.unesco.org/en/list/648

This park is the perfect environment to blissfully meander through sub-tropical rainforest, stumble upon hidden gems of waterfalls, and take in the relaxing nature and wildlife. You are likely to see huge, colorful butterflies as you walk around the woods, such as the metallic blue morpho. The park is accessible from Asuncion and therefore possible to visit as a daytrip. Address: Parque Nacional Ybycuí, Paraguari, Paraguay Phone: n/a Website: http://www.salvemoslos.com.py

As you head six hours’ drive westward from the capital across the vast Gran Chaco, you’ll come to this abruptly positioned town, which is more akin to a suburb you would see in Munich, Germany. It was founded in 1930 by Mennonites who initially came from Russia but settled in Germany for a while to escape Stalinism. Political tensions in Germany caused them to make a much bigger transition to the great plains of Paraguay. To this day you can still hear German spoken among some of the descents. The architecture, too, is German influenced, providing a peculiar contrast to the semi-arid, tropical environment. The Mennonites converged with Paraguayan society and helped build the Trans-Chaco Highway, which is now the main route into Bolivia. You can find out more about the intriguing history by visiting one of the museums or by just wandering around. Address: Filadelfia, Boquerón Department, Gran Chaco, Paraguay Phone: n/a Website: http://www.filadelfiaparaguay.com/

The colossal Iguazu Falls, the world’s widest set of waterfalls, is not technically in Paraguay, but given its proximity and ease of access, it is a popular daytrip. The nearest town in Paraguay is Ciudad del Este, which is about five miles away from the falls. Here, you can take a bus to the falls, transiting through Brazil or Argentina depending on which side you visit. There is no need to gain a visa if visiting just for the day as tourist day passes are available. Address: Iguazu Falls, Puerto Iguazu / Foz de Iguazu, Argentina / Brazil Phone: n/a Website: http://whc.unesco.org/en/list/303

Once the waters of the Iguazu River crash off the falls, they are fed into the Parana River, which is South America’s second longest river after the Amazon. Harnessing this energy is the Itaipu Dam, which is actually a dual nation project between Paraguay and Brazil. The dam is the largest hydro-electric plant in the world, supplying 90 percent of Paraguay’s electricity. There is a good visitor center here where you can learn more about hydro-electric generation, or you can take a walk along the top of the dam to gage its sheer manmade grandiosity. Address: Itaipu Dam, Alto Parana, Paraguay Phone: n/a Website: http://www.itaipu.gov.br/en/tourism/dam

The city of Ciudad del Este is one of the world’s largest free trade zones. Bargain priced electronic and consumer goods are readily available here. It is a modern, developed city with many high-rise buildings since it is the center of commerce for the tri-border area between Paraguay, Argentina, and Brazil. There are plenty of good restaurants and places to stay. If you are visiting the nearby Iguazu Falls or Itaipu Dam, it is likely you will pass through this frontier town. Address: Ciudad del Este, Alto Parana, Paraguay Phone: n/a Website: http://www.municde.com/

This national park is the largest protected area in Paraguay. Aside from having amazing natural beauty, it is home to caves that contain prehistoric indigenous artwork and inscriptions of the Pai Tavy Tera people dating back to 1300 BC. It is also the final resting place of one of modern Paraguay’s heroes, Francisco Solano Lopez, who died here in 1870 as a result of the War of the Triple Alliance. The area is heavily wooded, with a diverse mix of vegetation and interesting stark hills that jut out into the landscape, plus steep waterfalls. The visitor center here provides information on circular hiking trails. The park is located about 30 miles from the city of Pedro Juan Caballero. Address: Parque Nacional Cerro Cora, Amambay, Paraguay Phone: n/a Website: http://www.visitparaguay.net/photos/cerro-cora-nat...