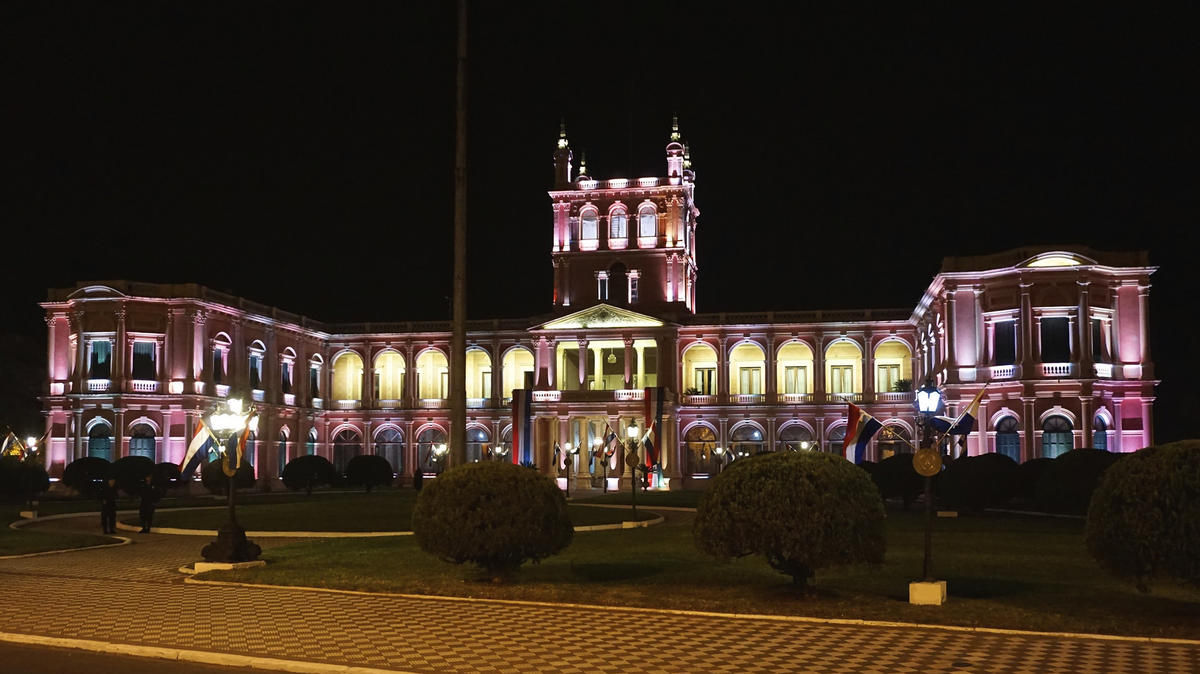 Paraguayan cuisine combines typical Spanish-style, Latin American traditions with Brazilian influences. The food here is not particularly spicy. Eating asado (barbecued meat) is popular in Paraguay. Empanadas (meat and egg baked pastries) and milanesa (breaded meat fillets) are particularly common in the region, although they originated elsewhere. Traditional Paraguayan food, which draws its influence mainly from the Guarani culture, is eaten regularly. Chipa bread made from mandioca flour, which is baked in a rudimentary outdoor oven called a tatacua, is common. Mandiocas, which are similar to potatoes, are eaten with almost every meal as they are a native crop.

The national drink of Paraguay is terere, which is made from the yerba mate plant. It is similar to the hot drink found in Argentina and Uruguay, which is simply known as mate. It is served in a vessel called a guampa, which is usually a rounded wooden cup or traditionally a hollowed out bull horn, and drunk through a metal straw called a bombilla. The taste is earthy, similar to a bitter tea, and often flavors are added to it, for example, coconut. Drinking terere is a social custom as people come together to share a gumpa together, although it is not customary to consume this drink at lunchtime or after sunset.

Bars and Pubbing in Paraguay

As with the rest of Latin Americans, Paraguayans like to party and dance into the night. Most clubs do not get busy, some do not even open, until midnight. You can expect lively nightlife in Asuncion and Ciudad del Este, the two main cities. Elsewhere, there is always a place to hang back and take a drink, including local beers Brahma and Pilsen. For something stronger you can try the national liquor, cana, a rum-like drink made from sugar cane.

One of the most popular nightclubs in Asuncion is Mouse Cantina, which has a large dance floor and gets particularly busy on weekends. Another popular hangout is Coyote, which contains three separate areas, a rock bar, a dance bar, and an ambient bar. For a relaxed atmosphere, head to Café Bohemia, which displays Brazilian and Paraguayan artwork on the walls and shows kitsch music videos from the 1970s and ‘80s.

If you are in Ciudad del Este, you should head to the Gran Casino district, which is the hub of nightlife. Here, you will find a cluster of bars and some nightclubs. Another popular after-dark area is District 1, which is slightly less crowded. A popular bar here is Bunker (Villa Bancaria, Ciudad del Este).

Dining and Cuisine in Paraguay

For the best choice of restaurants and eateries, you should base yourself in the capital city, Asuncion. One of the most established restaurants in Asuncion is Lido (Plaza Heros, Asuncion), which serves popular favorites such as empanadas and chipa guazu. It is open daily from breakfast until late. For more traditional Paraguayan food, you can try Ña Eustaquia (Palma entre Alberdi y 14 de Mayo, Asuncion), a good place to sample chipa, a traditional bread which is baked on the premises.

Tierra Colorada (Avenida Santisma Trinidad, Asuncion) offers a fusion of traditional Paraguayan cuisine with modern influences using seasonal ingredients. The décor is sophisticated, and this restaurant is popular with young professionals. For a traditional asado (barbecue), you can head to Un toro y siete vacas (Malutin 703 and Eusebio Lillo). The name literally translates as ‘a bull and seven cows’, and as the name may suggest, it is famed all over town for providing a veritable feast.