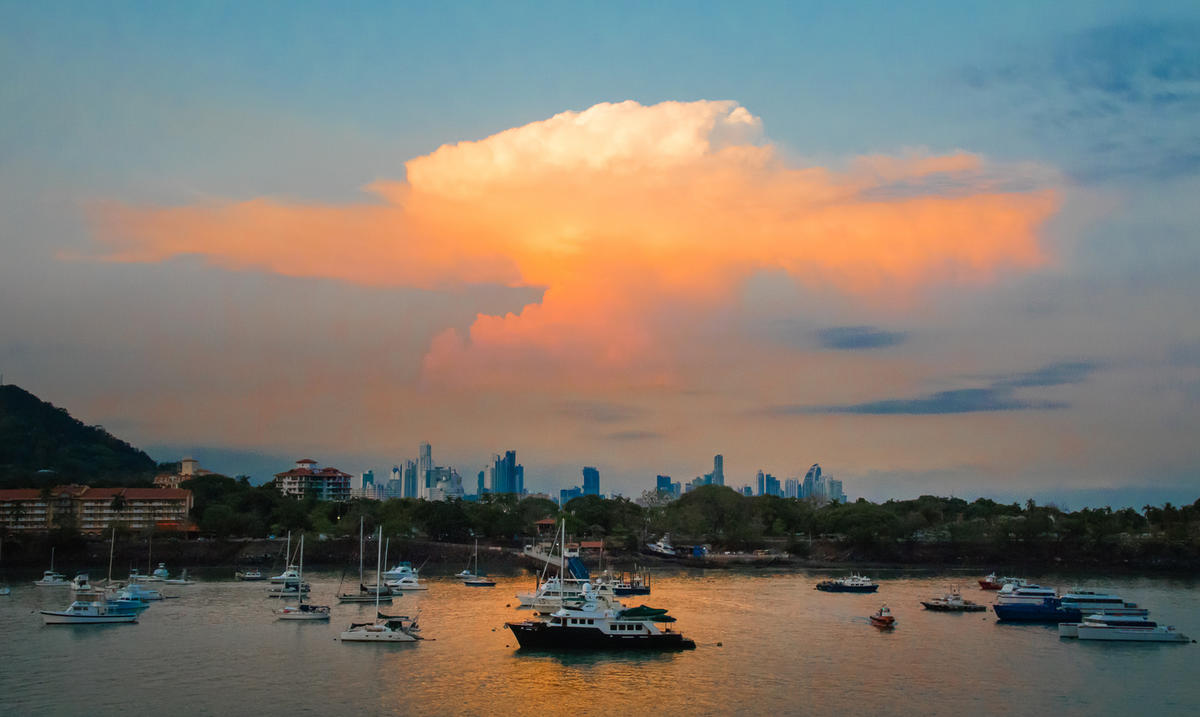 As a tropical country, Panama has two distinct seasons: the wet season, and the dry season. The rainy season lasts between May and November, although the northern Caribbean side of Panama experiences showers all year round. The drier months here are February to March, and September to October. Between mid-December and mid-April is the dry season, although it still may rain during this time, from the occasional shower to a downpour lasting several days. But also, during the rainy season there is also bound to be a high prevalence of sunshine between the rains.

Temperatures in Panama remain uniformly high throughout the year, around the mid-90’s during the day, and dropping to mid-60’s (°F) at night, although the temperature will rarely exceed 90°F. It is a little cooler in the highlands, about 10°F less at higher altitudes. Temperatures on the Pacific side of Panama will also feel cooler, since a sea breeze will come in, particularly at night. Panama is outside the hurricane belt of the Caribbean, although heavy thunder storms are common during the rainy season.

Generally speaking, it is better to visit Panama during the dry season. If you are going to visit mainly the Pacific side, December and January offer the best weather. Although between December and April hotel prices and airfares are more expensive. If you wish to hike around the cloud forests close to Boquete, then dry season is also best for you, since otherwise the trails are slippery and dangerous.

However, if you intend to go white water rafting, you may wish to go during rainy season, between May and December, where river levels are high fed from the rains. If you are going to spend your time mainly on the Caribbean side, bear in mind it rains all year round, although with some relief in the months of February and March, plus September and October.