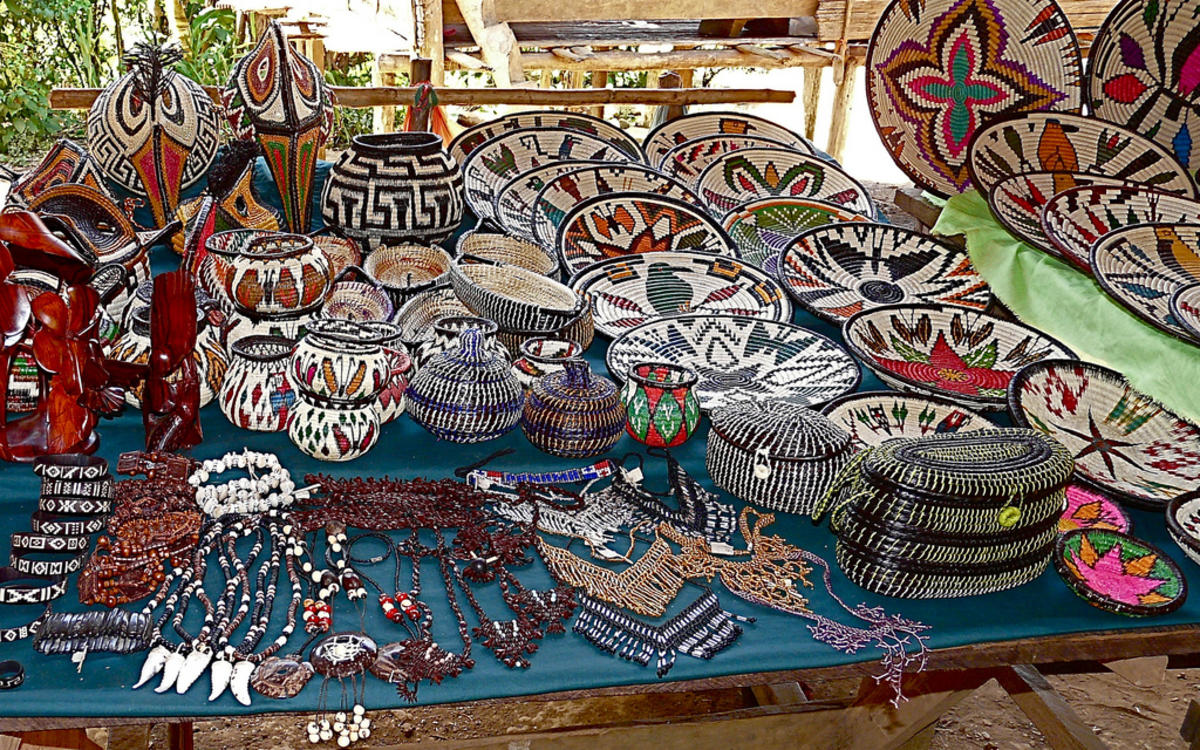 Although the “Panama Hat” originates in Ecuador, there are still plenty for sale in Panama, as this became a major exporting area for the products. These handcrafted woven straw hats take between two and four months to make, and although traditionally worn in Ecuador they became known simply as ‘Panama Hats’ after foreigners started buying them from the ports around the Panama Canal. The trade has continued, and today you can still purchase a genuine and high-quality hat from vendors in Panama, without having to make the voyage south to Ecuador. You can go to ‘Mercado Nacional de Artesanías’ (National Artesian Market) in ‘Panama Viejo’ to find these products.

There is also the Kuna Cooperative (Avenida Arnulfo Arias Madrid) which has traditional Panamanian items such as Molas (panels which can be sewn on to blouses, bags, or pillowcases, for example), Tagua nuts (tiny carved figurines), or traditionally woven baskets or carved wooden masks. There is a handicraft boutique called Breebaart (Calle 50 and Calle 39) which has designer items based on traditional Kuna art.

The main shopping drag in Panama City is called the Via Espana (Spain Street), where you will find a range of products, for a variety of prices. There are also many modern shopping malls in the city, although prices here will be similar to those found in America. The main malls are Mulitplaze Pacific, Multicentro and Allbrook Mall. All contain a good range of stores for purchasing anything you may have forgotten at home; Allbrook has some low-cost outlet stores for any fashion purchases. It also contains a movie theater which shows movies in English, for those days where you want to escape the heat in an air conditioned environment.

Panama City has promoted itself as a “shop ‘til you drop” destination, because of its proximity to a free-trade zone (due to the presence of the Panama Canal). There are many new shopping malls in the city offering a variety of products, which often can be bought cheaper than at home, because of the low taxes. Flamenco Shopping Plaza (Amador Causeway, Panama City) has duty-free shops, and there are other stores at the free trade zone in Colon.