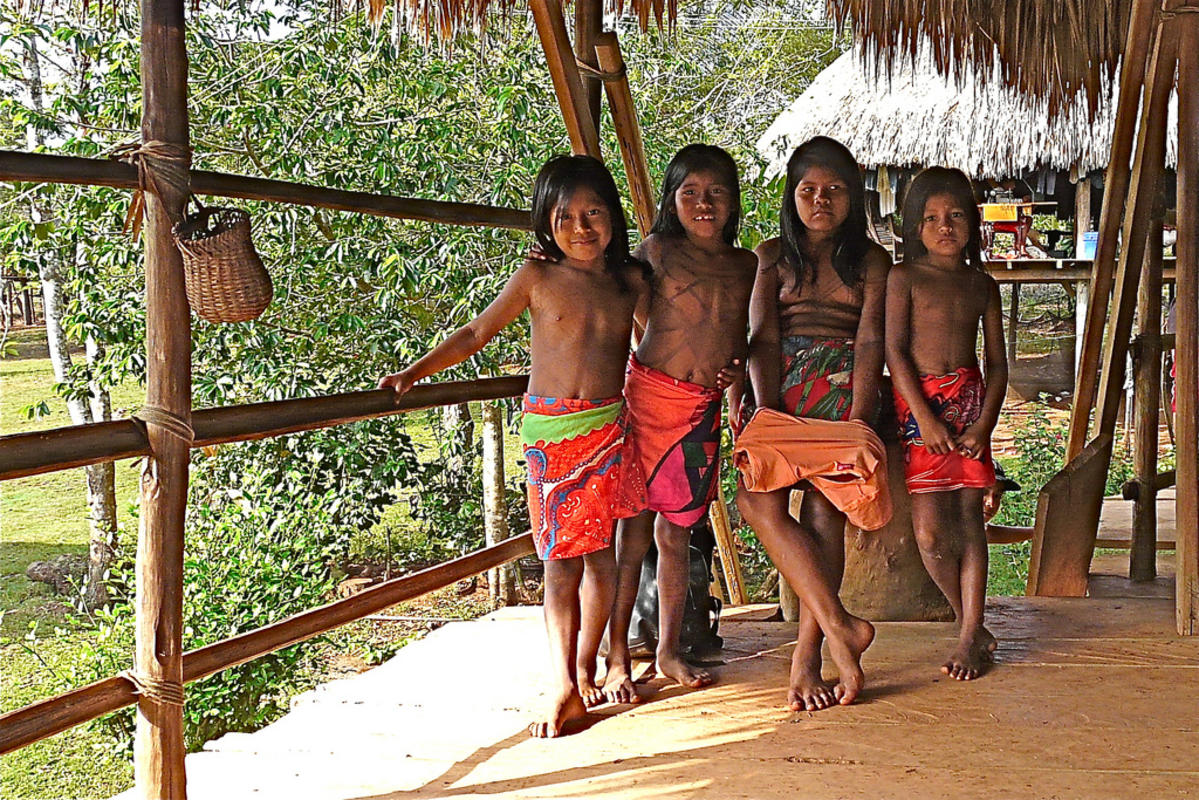 There is no doubt that the colossal Panama Canal that slices the country in two has done much to shape the modern history of Panama since its inception in 1914. Not only for Panama, but this water highway has also served to change the history for the rest of the world throughout the twentieth century. It is the geographic fortune of Panama that this part of the Central American isthmus afforded this route. With a width of just 50 miles, the shortest at any point in the Americas, plus a vast lake inbetween, Panana was ideal for the construction of a shipping canal. Geography also gives Panama another incidental distinctiveness, since it is the final country and farthest south of the Central American nations, and thus a land link to the continent of South America, which makes it a curious cultural mix.

Before the arrival of the Spanish, mainland Panama was inhabited by the indigenous Cuevas and Cocle tribes. Due to the barbarity of the conquest, they were massacred and wiped out by the Spanish, and no known direct descendants of these people exist in Panama today. Rodrigo de Bastidas was the first Spaniard to explore Panama, searching for gold in 1501. Then, in search of the shortest route between the Caribbean Sea and the Pacific Ocean, Vasco Nunez de Balboa discovered the ‘Isthmus’ of Panama (the short land width between the waters), and Panama gained its importance in the seat of history.

The Spanish had got hold of Panama, and they were not willing to give it up for nearly 300 years. They formally made a claim in 1538, and used the isthmus to transport gold from their conquests in Peru, since it was much easier than hauling over land all the way to the Caribbean Sea. Ships would come in, and then goods would be carried on the Camino Real (the Royal Road), and then put back onto ships for transport to Spain. However, the Spanish had little control over the rest of Panama, and as a result the trade was a hotspot for piracy. The British also tried to make a failed claim to some areas of Panama to assist their trade needs, but the strength of the Spanish empire held steadfast, until their collapse in the region in 1821.

For the first 82 years of the post-colonial era, Panama was part of Colombia, until they claimed complete independence in 1903. Interestingly, at this time the country signed a treaty with the United States, which effectively meant that area around the Panama Canal would be part of its sovereignty. The US where wholly interested in the idea of a trade waterway connecting the two seas and they went on to build it, and administer it for several decades after.

Interest in building a sea level canal to pass trade ships began early on, originally proposed by the Spanish, and the first attempt was made between 1880 and 1890, although it was unsuccessful. Construction of the current canal, which has served to this day, began in 1881 and finished in 1914. Prior to this trade had to travel overland, or pass south through the treacherous seas past Cape Horn, near Argentina. The shorter and faster route considerably helped the west coast of USA to become more integrated in the global economy. Today, around 15,000 ships go through the canal annually, with about 815,000 in total since its opening.

The canal has done much to shape the modern history of Panama, allowing crucial power to be awarded to any leader of the country. After gaining independence, Panama was a constitutional democracy, although dominated by a commercially oriented political elite. The military started challenging this powerful elite’s authority, and they staged a coup in 1968, and then essentially ruled the country by dictatorship for the next two decades. The most notable leader of this time was Manuel Noriega, who was notorious for corruption, and dealing with his political opponents barbarically. By 1989, the US military assisted Panama to regain democracy with force. Today, the country continues to grow politically, and the quality of life for Panamanians continues to be high because of the country’s relative financial strength.

The culture of Panama today is mainly derived from the Spanish, who were dominant in the country for 300 years, and not much of the native culture is left, although there is still significant Kuna culture to be found in the San Blas Islands. Also, a lot of the Spanish culture has been mixed in indigenous influences, such as through the dance called the tamborito, which is a Spanish traditional dance but mixed in with native rhythms that have passed down the generations. Other dance and music styles that are popular in Panama are salsa, reggaeton, and compas; as well as European and North American style jazz, blues, and rock.