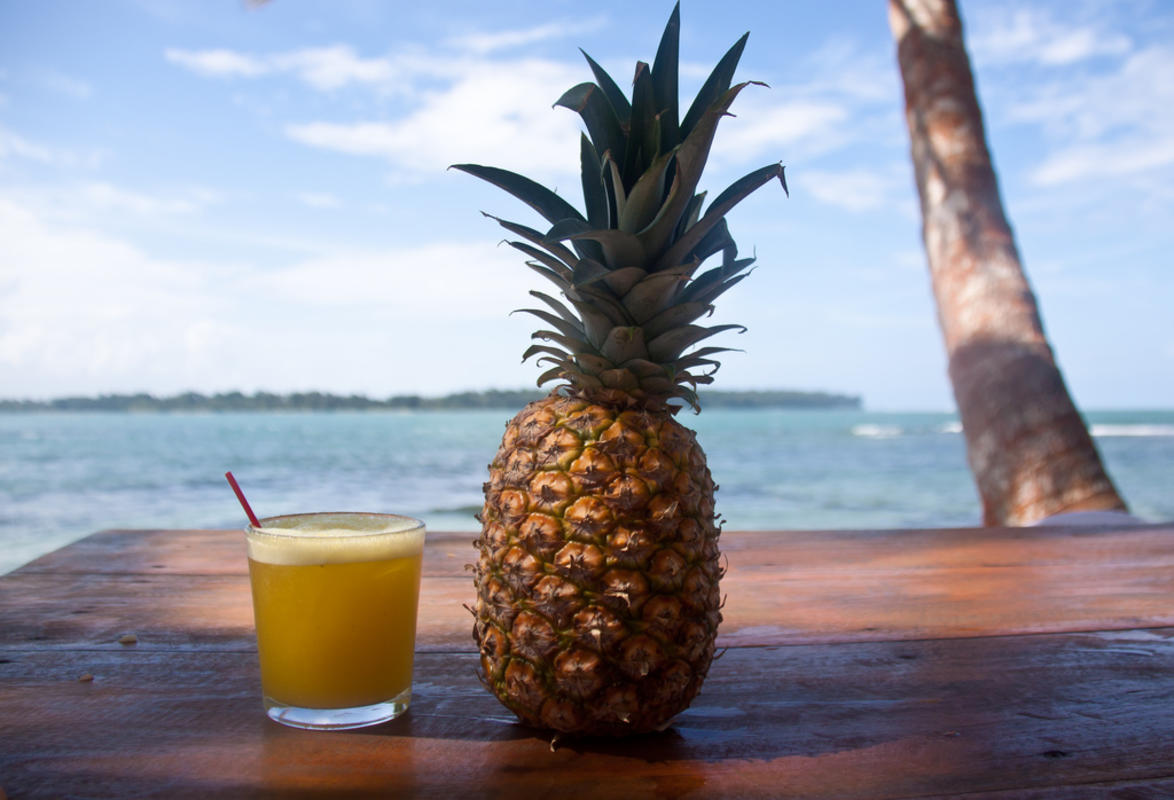 Like many other Latin American countries, Panamanian cuisine relies heavily on meat, and rice, or corn. However as the natural bridge between Central and South America, Panama you will find an unusual mix of tropical fruits and vegetables used in the dishes, including yucca (cassava, a potato like tuber), and different types of plantains (a savory banana-like fruit). Dishes in Panama are usually only mildly flavored, and not too spicy. Also, because of its recent heritage, modern Panamanian cuisine contains a unique fusion of Spanish, African, and indigenous flavors.

Considering the country’s position with two long coastlines to boast, it is not surprising that fish and seafood are excellent in Panama. A specialty is corvina (a salt-water fish), which is prepared in many ways, but even the simplest method of grilling is best to bring out the flavor. You can also eat ceviche, where the raw corvina is marinated in lime juice, peppers, and onions, and then served after the natural acids have cooked the fish. Another local fish is guabina, which is less commonly found in restaurants but when seen on menus is worth trying. Other seafood you will see on menus includes shrimp, prawns, squid, octopus, and lobster.

Bars and Pubbing in Nicaragua

For the best nightlife you should look to Panama City, no other city in Panama rivals it. There are three entertainment districts, where venues are clustered together: Bella Vist/Marbella, Casco Viejo, and El Cangrejo. Most clubs in Panama City start late, some not opening their doors until midnight, and not really getting busy until about 2:00 a.m., with the partying then continuing all night. The music you will likely hear is merengue, salsa, or reggaeton.

Bella Vista has the most densely packed selection of bars and clubs, near Calle Uruguay (Uruguay Street), and gets very busy on Thursday, Friday, and Saturday nights. You could begin the night in S6is (Calle Uruguay, Panama City), which is a cocktail lounge and DJ bar, then head to Club Velvet (Plaza New York, Calle 53, Panama City), which provides an eclectic mix of dance music late into the night. There are many other clubs to try up and down the street.

Casco Viejo provides a more bohemian nightlife, centered around Plaza Bolivar. You will find well established venues such as La Casona and Relic Bar (Plaza Bolivar, Panama City) providing live music, dancing, and drinks. Platea (Avenida Central and Avenida A, Panama City) plays live salsa and jazz. If in El Cangrejo you can try Caffe Pomodoro (El Cangrejo, Panama City) which is a popular starting point for those interested in then heading to the casinos in the area afterwards.

Dining and Cuisine in Panama

For the widest choice of restaurants, it is best to position yourself in Panama City. If travelling outside of the capital you will likely see a traditional offering of meat and a staple, such as yuca or plantain. Perhaps a good idea is to take advantage of one of the many international restaurants when in Panama City, and save your traditional palette for when visiting elsewhere in the country. Restaurante Las Bóvedas (Plaza de Francia, Panama City) is a good option for international food in the capital, mainly with a modern French inspired menu. It provides an interesting ambience, since the restaurant is built into the old historic stone vaults of the city’s sea wall. It is open 5:30 p.m. until midnight Monday to Saturday, bookings are recommended, particularly on the weekends.

For a good fusion option in Panama City you can go to the Pony Club (Calle 69 Este, and Vía Porras, Panama City), which serves delicately prepared dishes such as marinated beef and yucca cake, with a fresh and delicious salad on the side. It is open between 12:00 p.m. and 2:30 p.m. for its lunch menu, and 7:00 p.m. until 10:30 p.m. for dinner, Monday to Saturday. Due to its location above the city’s fish market, Restaurante Mercado del Marisco (Avenida Balboa, Panama City) is a great place to sample some seafood dishes. Here you can try ceviche, grilled corvine, seafood soup, and octopus; open from 11:00 a.m. until 6:00 p.m. daily.

Elsewhere in Panama a good place to try seafood is the Bocas del Toro archipelago. On ‘Colon’ Island you can go to Restaurante Guari-Guari (Isla Colon, Bocas del Toro) for great gourmet food. Or you can try Restaurante El Pecado (Isla Colon, Bocas del Toro) which offers a great mix of French, Thai, Mexican, Lebanese, and Panamanian dishes. Over on the mainland in Boquete you can try the well-known Ristorante y Pizzeria Il Pianista (Boquete, Chiriqui Province), serving typical Italian food and pizzas. The food is good, but the location is amazing, since it is situated next to a gushing waterfall, which is illuminated at night. It is open between 12:00 p.m. and 10:00 p.m. Tuesday to Sunday.