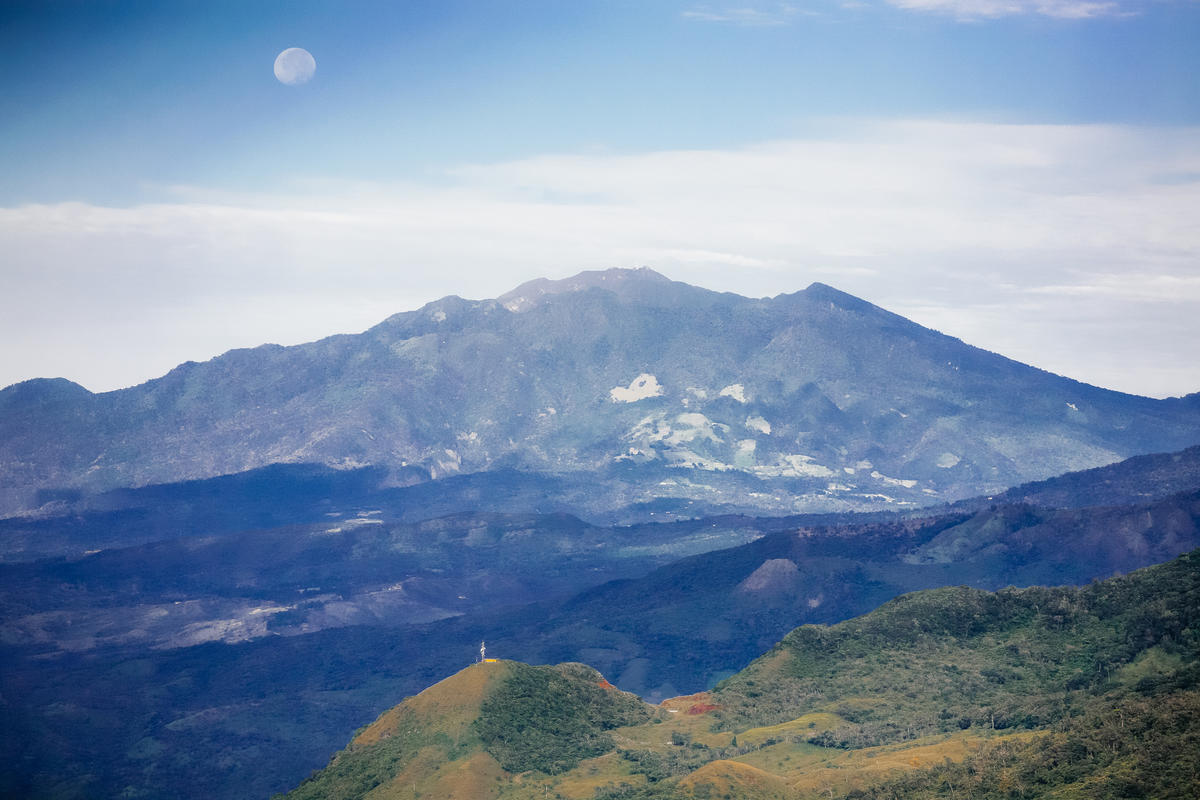 Panama is probably most globally famous for the Panama Canal, the 50 mile man-made waterway that connects the Atlantic and Pacific Oceans, providing an important shipping highway. You can witness the splendor of this century old construction at any point in Chagres National Park, which is also an important wildlife reserve for native flora and fauna. Or you could take a tour of the canal leaving from the capital, Panama City, which is a modern and convenient city, and is also a useful base for visiting other areas of the country due to its central location. Inland the towns of El Valle or Boquete offer tranquil surroundings, or for a slice of island life the San Blas islands in the Caribbean Sea are not to be missed.

Panama City is one of the most developed cities in all of Latin America, due to its position as the hub of the important trade ships crossing the Panama Canal. Here you will find a glamorous global city with modern conveniences, some of the best restaurants and nightlife in the country, and a wide choice of high standard hotels. It is also a good starting point to visit other areas in Panama since it is located in the center of the country. Address: Panama City, central Panama. Phone: n/a Website: n/a

Its full name is El Valle de Anton (translating to “Anton Valley”), although it is referred to as just El Valle, and it is a wonderful place to go and experience a slower pace of life, quite different to the modern and bustling Panama City. As its name may suggest, it is situated in what appears to be a valley, actually an old crater lake which has long since dried, and is now home to the largest population of a volcanic caldera. They are plenty of serene places to stay, where you can fill your days hiking around the local cloud forests, or perhaps take a trip to the hot springs. Address: El Valle, Cocle Province, central Panama Phone: n/a Website: http://www.el-valle-panama.com/

With amazing sandy beaches located around the bays, and tropical rainforest reaching the coast, it is no wonder that this Caribbean destination with clear blue seas is a haven for relaxation and fun. By day you can spend your time sunbathing on the beach, snorkeling in the waters, or sailing or surfing. By night you can sit back and take it all in whilst sipping a cocktail. Nearby ‘Bastimentos’ and ‘La Amistad’ National Parks are also good excursions Address: Bocas del Toro. Phone: n/a Website: http://www.bocasdeltoro.com

Located in the Pacific Ocean off the southern coast of Panama in the Gulf of Chiquiri, this national park was awarded UNESCO World Heritage status in 2005. It protects 39 islands, including the larger Coiba Island, which was home to an indigenous population. Coiba Island has around 75 percent of ancient forest, and is home to rare plant species only found there, the Scarlet Macaw, one of the few places in Central America you will see this bird. It is often referred to as the “Galapagos of Central America” due to the rare life it is home to, including its marine life. There are many diving and snorkeling opportunities in the waters around the reefs. Address: Coiba National Marine Park, south-west Panama Phone: n/a Website: http://www.coibanationalpark.com/

For a different view of Panama, you can climb Baru volcano, also known as the Chiriqui volcano. It is the tallest peak in the country, and due to its location it is possible to see both the Pacific Ocean and Caribbean Sea from the top on a clear day, something quite unique for Panama. The park is also good for birding where you may be able to spot the Black Guan or the Black and White Hawk-Eagle. Address: Baru Volcano National Park, Chiriqui Province, western Panama Phone: n/a Website: http://www.ecotourismpanama.com/national-parks/bar...

This park was created to protect the watershed of the illustrious Panama Canal, and its main features are the Chagres River, and the Alajuela Lake. Before the Panama Canal was built, the Spanish colonizers used a road path called the Camino Real to transport gold and other goods from countries like Peru across to the Caribbean for onward transport to Europe. The forest is home abundant wildlife, including spider monkeys, tapirs, jaguars, and other big cats. The park is easily accessible from Panama City in the south. Address: Chagres National Park, central Panama Phone: n/a Website: http://www.ecotourismpanama.com/national-parks/cha...

Located in the Caribbean Sea of the eastern coast of Panama, this archipelago contains a group of 378 islands and cays, 49 of which are inhabited by the indigenous Kuna Yala Indians. The area offers amazing seascapes, reefs, and marine life. Snorkeling in the ‘Dog’ Islands is popular here, where you can swim with hundreds of species of tropical fish. Or you can simply relax and enjoy one of the many unspoiled beaches. Address: San Blas Islands, north-eastern Panama. Phone: n/a Website: http://park.org/SanBlasDeCuna/home.html

Stretching from the Pacific Ocean in the south, almost to the Caribbean coast in the north, this park also forms a land border with Colombia, and as such remains its time held status of being the natural divide between the continents of Central and South America. The Pan-American highway travels all the way from Mexico through five countries to Panama, falls short before the rainforest, then picks up again in Panama’s neighbor of Colombia, to continue south and beyond. There are no road connections between Central and South America, and as such this virgin forest remains pristine and an untouched wilderness. It was claimed as a UNESCO biosphere reserve in 1983, and covers an area of around 2235 square miles. It is home to a rich variety of nature, including the beautiful bird species such as Toucans, Macaws, and other parrots, with their colorful beaks and feathers. Address: Darien National Park Phone: n/a Website: http://www.panamatours.com/Rainforest/darien_eng.h...

Located in the western most province of Chiriqui province of Panama, this scenic mountainside town is a very popular beauty and relaxation spot. It is known mostly for its coffee growing in the region, which you can try and buy from local producers. It is also the start of the Quetzal trail, which is a popular birding location for spotting the ‘Resplendent Quetzal’, a bird endemic to Central America. Also popular are the nearby Chiriquiri hot springs. Address: Boquete, Chiriquiri province, western Panama. Phone: n/a Website: http://www.boqueteguide.com/