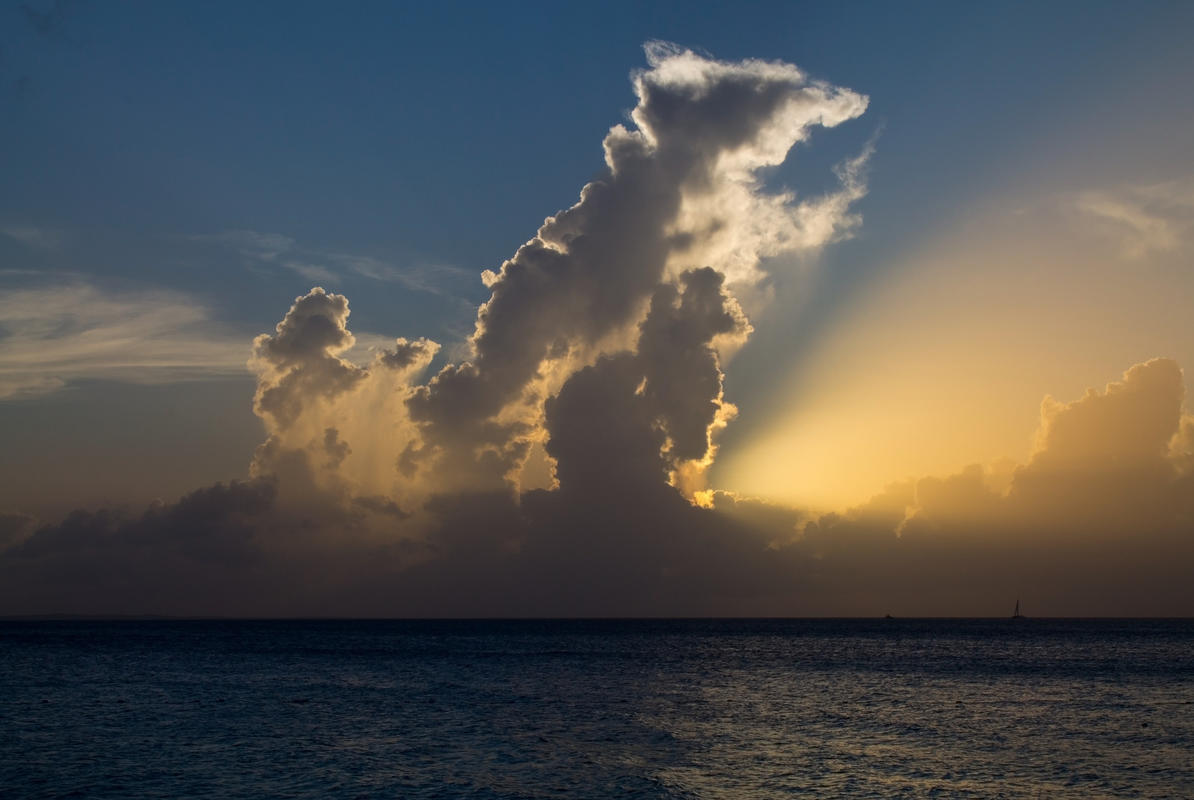 The Turks and Caicos Islands experience a tropical marine climate, with low humidity and cool easterly trade winds. Turks and Caicos is therefore warm, but never too hot. It is for this reason that the islands are considered a beach-lover’s dream, and no doubt part of the reason why Turks and Caicos remains an ever-popular destination, attracting more than 250,000 tourists every year.

Turks and Caicos boasts an average of 350 days of sunshine each year, and, unlike nearby islands in the Caribbean Sea, the country does not experience cold waters in the winter and spring months. However, temperatures are lower in the winter, around 76°F, rising to an average of 84°F in the summer. The coldest months are January and February; temperatures drop to around 62°F at night but warm and sunny during the day at around 78°F. The hottest months are July and August, when temperatures reach over 90°F in the day and fall to 75°F at night.

Ocean temperatures are between 78°F and 82°F year-round, making Turks and Caicos an inviting destination for swimmer and diver any time of the year. Rainfall is limited in Turks and Caicos, also one of the reasons that it is such a popular beach vacation destination. When precipitation does occur, mainly between September and January, rainfall tends to be short and light. Turks and Caicos experiences a hurricane season, although the islands rarely get hit directly, and no hurricane has reached the country for the last 20 years. The hurricane season typically runs from June to November, with August and September considered the greatest at-risk months.

One of the greatest assets of Turks and Caicos weather is that temperatures rarely get too hot or too cool. The winter season, between December and April, is historically the busiest time and the ‘high season’ for the islands. With close proximity and direct flights to and from North America, Turks and Caicos is a popular winter getaway for those looking to escape the icy winter.

However, during this time, accommodations availability becomes sparse and hotel prices severely increase due to the demand. However, it is still likely that visitors can find accommodations to meet most budgets. Even those on a budget only have to sacrifice certain elements, such as a better view, as all of the hotels provide an extremely high standard of accommodation. It is always best to book as early as possible to secure the best deal if you intend on visiting during the winter.

A good option for budget travelers is to visit during the low season. Not only are prices lower, with many good deals offered by even the most expensive hotels, but the lack of visitors means a more tranquil beach experience. It is also warmer during this time, so if you like the heat it is for you; however, it is also wetter in the summer months.