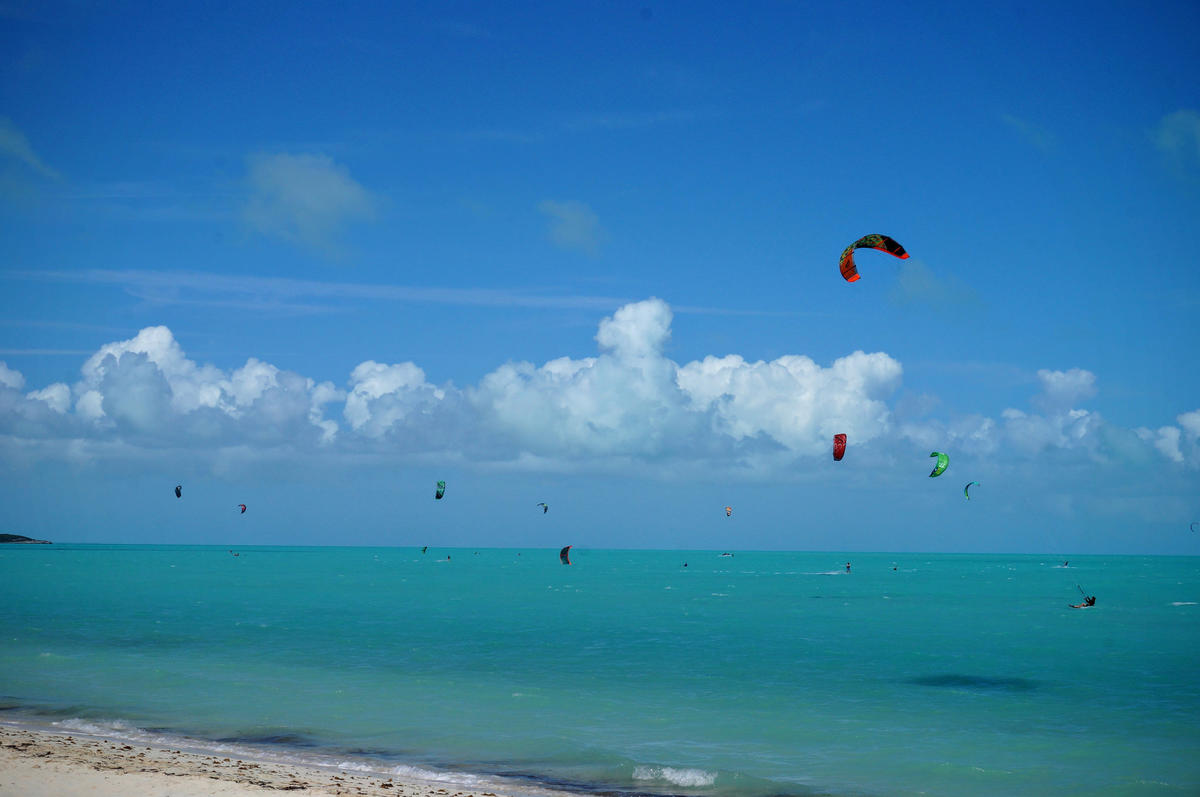 Turks and Caicos is a small yet glorious group of islands that celebrates its traditions with vigor. Many of the Turks and Caicos Islands holidays and events are based on the water, such as the Big South Regatta, a traditional boat race around the islands. There’s also the Valentine’s Day Cup, where model boats are raced instead of their life-size counterparts. For traditional island festivals on dry land, check out the Salt Cay Day or the long-established kite flying competition held across the islands.

Instead of a regular yachting regatta, this race features model remote-controlled boats. The competition has been running for 14 years at Bambarra Beach on Middle Caicos Island. It is now a firm fixture in the annual festival calendar of Turks and Caicos, enjoyed by locals and visitors alike. Even if you are not competing, the race is fascinating to watch, novel, and fun.

This festival, held on Easter Monday (also a public holiday here), has been running for 22 years. It provides a great day out for all the family. Organizers encourage handmade kites, and the main event includes prizes for most artistic, largest, smallest, and best overall kites. The festival is held at multiple locations on Grand Turk, Providenciales, and North Caicos, and is very popular with the locals.

This traditional Caribbean island festival has a peculiarly British feel in Turks and Caicos, thanks to the country’s status as an external territory of the United Kingdom. The events take place over three days, and include pageants, kite flying, bicycle races, maypole dancing, and a great deal of music, food and drink. It is held at the end of April as a traditional spring fete on the undisturbed islet of Salt Cay, near the capital island of Grand Turk.

Held over the last weekend in May, this traditional yacht regatta is open to amateurs and semi-pros. On shore there is nightly entertainment, including live music and cultural shows, plenty to keep all attendees occupied. The regatta is held on the island of South Caicos, which is easily reached from the main island of Providenciales.

The waters around Turks and Caicos are considered to have some of the best deep sea fishing in the world, and, as a result, the territory plays host to the world’s greatest off-shore fishing tournament, in terms of competitors at the very least. The teams line fish for Marlin before coming ashore for party celebrations that all are welcome to join. The competition is held on the last week of May or early June, and has been running for 13 years.

This food festival celebrates the islands’ most famous delicacy, the conch. The conch shell is also a historical icon for Turks and Caicos and one of its few exports. The main events include the sampling of delicious seafood dishes made with conch, and a traditional conch blowing competition among the local fishermen. It is held on the last weekend of November on the island of Providenciales.